Save custom built layers as templates

ArcGIS Online/ArcGIS Enterprise's Feature Layer Templates are a pretty neat capability. With just a couple of clicks, you can publish a fully functional hosted feature layer. Unfortunately, Esri has tried to be prescriptive here in terms of the schemas of a Hosted Feature Layer which might be helpful if GIS technology were used in just a handful of industries, but its not. It's used in practically every industry imaginable. I've yet to come across a single industry that doesn't use GIS somewhere - and therein lies the problem.

GIS is simply too broad of a technology for Esri to make their feature templates the only templates available. The only other option after this is using the Build a Layer capability to build one from scratch and that is a great capability too, but then what if you want to share this awesome layer as a template within the Layer Templates? There's no way to do that and further, there's no way even for an Administrator to create Feature Layer templates for their organization that appear in the Feature Layer templates gallery.

The Hosted Feature Layer Template item could also be shared, so that only certain users see it in the Template Gallery under perhaps an "Organization" tab at the bottom beneath "Natural Resouces". 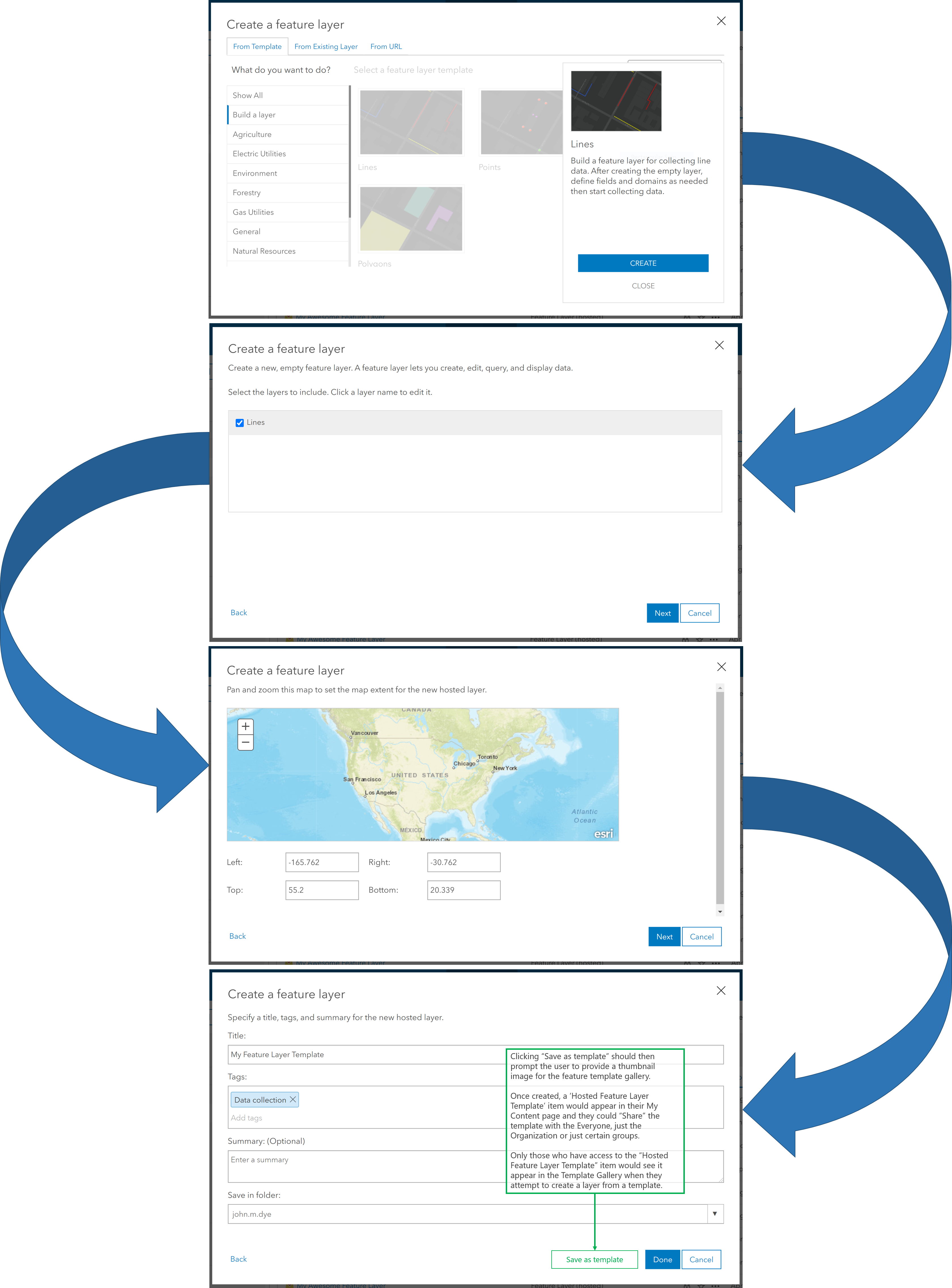 To be honest, what would really be fantastic would be to be able to customize all of those industry categories to something that applies to my organization. I really have no use for any of them but if I could customize the dialog with different categories (eg. Tabs), and populate them with templates that apply to each of the categories relevant to my organization, this could become a much more useful capability.