When a user taps the "forward pointing" arrow on a mini-popup:

They are presented with a more detailed popup: 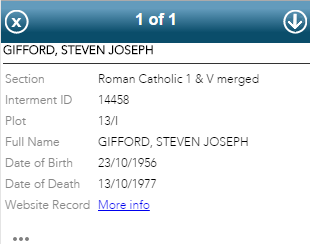 in the same style as the "forward pointing" arrow that the user tapped to open the detailed popup.

The rationale behind this is two-fold:

Completely agree. Pop-ups in ArcGIS Online have to be redesigned!