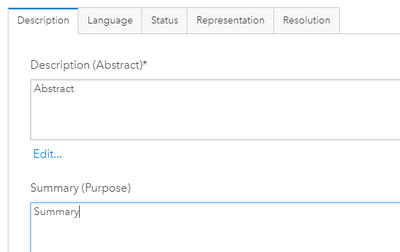 Furthermore, when you publish a WFS layer from a Hosted Feature Layer, it should inherit the metadata from the Hosted Feature Layer. However, this was not the case, and only until I raised a support call did I find out that the Point of Contact section under the Resource tab in the Metadata must be filled in in order for the metadata to inherit correctly.

This needs to be better documented as the Point of Contact section is not mandatory for publishing under certain schemas such as INSPIRE, so there's no way of knowing this unless it's clearly documented somewhere.