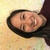 At our educational institution, we've had incidents where patrons assume collaborative editing means simultaneous editing of StoryMaps. When more than one user with access to a particular StoryMap opens and edits the application, it results in the StoryMap being deleted from the owner's contents.

This is becoming a frequent issue for us. Increasingly more faculty are utilizing StoryMaps in their lesson plans (especially due to the pivot to remote teaching); we've had situations where students, who are used to simultaneous editing features like in Google or Microsoft products, have seen weeks of work lost after accidentally attempting to edit the same StoryMap at the same time.

We can include warnings to our students and disclaimers about what is and isn't possible in AGOL, but this will continue to be an issue.

Hi @ReinaCMurray  One solution may be to use group sharing where you select which user gets to edit the storymap rather than any user in the organization. Adding editors to the group and then only permitting the storymap to be edited by those groups could be of aid. Only faculty rather than students being editors would also help secure your material from unwanted edits or deletion from just more than students. If you are sharing it publicly with public editing, more than just students can start editing or cause real damage to what your content is. Scheduled edits and coordination of students and staff would be best regardless. Changing item settings and sharing can help curb data loss, too, granting access intentionally may be the only safe way to stop data loss en-masse like what you are describing. Hopefully this helps, best wishes.

Thanks for commenting -- we do that   :)  We encourage using groups for any collaborative project, including but not limited to courses, and encourage faculty to create additional groups as needed for student assignments, and consult on how to set share settings and group update capabilities depending on their needs and use case.

Scheduled edits and coordination is a good idea, but I do think it's hard for students/faculty to adjust to -- it's just not how other cloud-hosted platforms that are commonly used operate. We can recommend/encourage all we want and preach to our users to do this, but some will forget, simply lose track of time and encroach on another users' time, etc. We also now recommend other platforms/tools for users for content management and collaborative editing of text and image selection, and stress the importance of prepping before starting/building a StoryMap, which also helps, but simultaneous editing would still be great to have.

Hi @ReinaCMurray , that's great to hear about the good data and safety practices you use in your organization. It is common to use only monthly edits and what is edited is planned to span that month, but depending on what is shown in your survey that may be unhelpful. That is a practice used when multiple users can edit is to have the responsibility of editing fall onto one or two users who bring in edits or suggestions from the group. That may add another layer to your data protection but again I can totally understand the circumstances. Changing sharing from public or organization to private may also help curb unwanted loss of progress, letting editor check any attempts at logins or edits. There's a few ways but I would agree with your findings.

Best of wishes and have a blessed weekend!

We purchased the Storyteller license this year (2021) just so one of my colleagues could go behind me (the author and creator of the storymaps) to make edits.  At least this was my understanding as it was working for a while then all of a sudden they could not edit anymore.  Now the only way for them to edit my storymaps is to share my password.  So we paid for the Storyteller license and cannot get any use out of it.  It really defeats the purpose.

Simultaneous collaborative editing of StoryMaps would support more use of StoryMaps in courses where GIS is not the focus. We have a number of faculty who do not teach GIS, but who are incorporating StoryMaps as part of a final project. For those who would like to do group projects, the inability to edit a StoryMap simultaneously has created some frustration for the faculty and students. No matter how much they try I still wind up with someone who has lost content because they were trying to edit at the same time.

When so many platforms exist for simultaneous collaborative editing (Google Docs/Sheets/Presentation, Miro, and many others), the inability to edit at the same time just seems inefficient. I've even had some faculty not want to use StoryMaps because of this.

Yes, I realize there are shared update groups. But this doesn't solve the editing-at-the-same-time.
Yes, I realize that students could create their own StoryMap and then combine them using a collection. But sometimes students need to work on the same content.

As Reina mentioned above, it's hard to schedule time. And that one time when someone leaves a tab open.....

I just want to emphasize Amy's point about who this impacts -- as Amy says, we in academic institutions see increasing interest in using StoryMaps by non-traditional GIS users, such as those in the humanities. If I have a student who is studying GIS as part of an undergraduate or graduate course, I have less of an issue explaining the limitations of StoryMaps' editing capabilities to them. I expect them, as future power users of GIS and geospatial technology, to adapt and figure out a workaround that works for them and their classmates. I'm also not worried about their adoption of GIS tools; they are already invested, so to speak.

However, one of the great things about StoryMaps is that it appeals to and has extremely useful applications outside of traditional uses of GIS. It's an excellent communications platform that appeals to non-traditional GIS users because of its relative ease of use and lack of need to know how to code. We have also observed that it can serve as a great entry point for some users to learn and use more GIS tools in the future.

From a user perspective (for example, a faculty or student studying classics, English literature, history, etc) -- a lot of the other digital platforms they use allow simultaneous editing. Platforms like Google docs, MURAL, Confluence have set expectations for being able to work collaboratively together at the same time, on the same document/page/whiteboard. I would argue that this is what users expect and assume is the norm for digital platforms, and when they encounter a platform that cannot accommodate this, the simpler solution is to just not use it, rather than deal with the headaches of scheduling individual editing slots or working out a collection. When possible, individual StoryMaps grouped into a Collection is a great solution. However, as Amy points out, sometimes students need to work on the same content, and it can be difficult to reframe an approach to groupwork that gets StoryMaps to fit nicely into it.