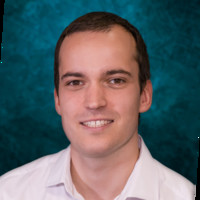 based on discussion with users we would like to raise an Idea mainly for PRO, but also for AGOL/Portal about default symbology settings when new layer is added to Map/Project. The default symbology would be based on metadata of the layer.

The idea comes from issue, when you are creating a new maps with the same thematic layers - rivers, forest, roads, water bodies, green fields, etc. and you are forced to setting symbology again again and again for each new map.

When add these layers to the Project/Map the symbology is set by random. It would be great if the default symbology wasn´t random but based on metadata (if present) or layer name if it fit some name condition. For example if river will be mentioned in metadata/layer name, the layer will be drawn in blue (or with the default river line symbol), the same logic could be used for forest (dark green), roads, etc.