We really need to control the line labels in the new web map viewer. Too many labels are showing which makes it impractical for users.

I spoke with ESRI customer service when the new viewer was out of beta and they said it was not an issue, hopefully more people will complain and they fix this ridiculous issue that looks completely unprofessional. And to vent a little awesome stupid job ESRI on removing the edit option out of the pop window and thus creating extra steps to edit. Instead of wasting time with redesign of the editing option ESRI you would be better served to put that time into creating a "zoom to" in the AGOL table!!! 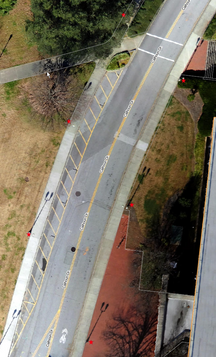 @WardMitchell2 Maaan totally agree with you!! I can't believe this is  " NOT AN ISSUE" . It is defiantly an issue when a 100 feet line has around 7 labels.

@WardMitchell2  FINALLY !!! THIS IS NOW IMPLEMENTED 😄 with the new December 2021 AGOL update . 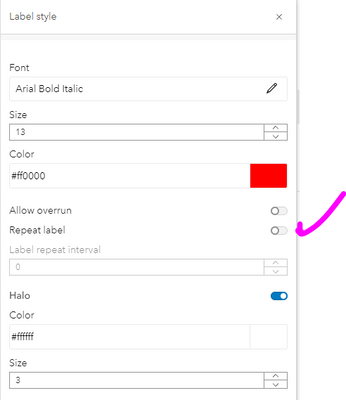