For labeling geologic rock unit polygons in hosted feature services in AGOL Map Viewer, it would be great if the geologic mapping community could use the FGDC and USGS-approved FGDCGeoAge font.

This font converts label strings like ^sf, _<t, and |c into

for the proper symbolization of the geologic age characters at the beginning of a rock unit label. More here.

There is a similar idea for including the font in default installations of ArcGIS desktop, and that would be welcome as well, but this idea is for installing the font on the ArcGIS server(s?) so AGOL users could specify it for labelling in the Map Viewer (presumably all web apps referencing those maps would also display the font?).

For example, when editing the Label style of a layer in the map: 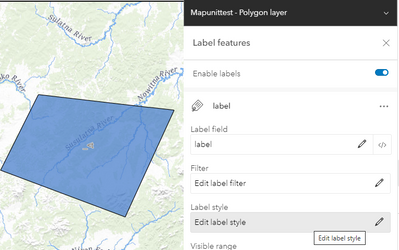 FGDCGeoAge would be listed in the Font drop-down: 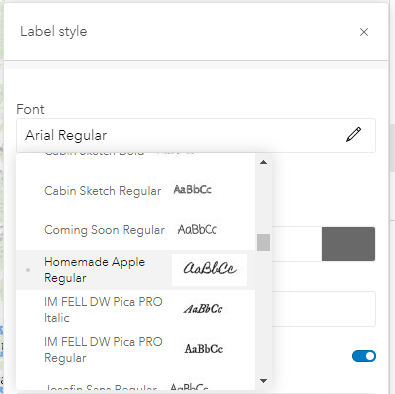 thanks for posting this and I am looking into supporting this font.

This has been released in Map Viewer in ArcGIS Online