I have a MMPK that causes Field Maps to lock up on an iPhone.

There is a point dataset (of hydrants) with about 360,000 features only displaying below 1:9K, that if turned on will lock Field Maps when panning.

The point dataset is sourced from a local fgdb and is in the same projection as other layers.

I rebuilt the mmpk going back to using the 360,000 points from a SDE and using a different vtpkx for the basemap in the mmpk and it started working.  I did reduce the scale at which the points appear - (1:18K to 1:9K)

The point data is even in a different projection in the SDE! 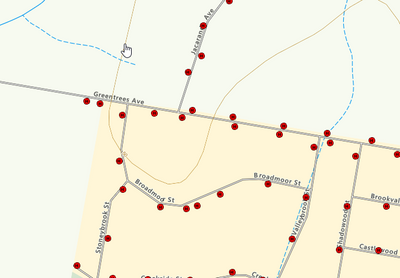 So I'm not sure what's going on.  Working mmpk has two vtpkx's, two data sources from SDE and two live map services and a locator and it works well.

The original base map vtpkx was a downloaded open street map from ESRI.  The new base map is from another government agency here.

A quirk of mmpk production??