I have an Experience Builder app (voting locations) that contains a Map and a Feature Info widget that displays the pop-up from the selected feature on the map.  The data is an AGOL hosted feature class.

When the data in the map is updated, the relevant symbology changes appear on the map within 30 seconds, honoring the layer refresh interval settings in the webmap.

The problem is that the Feature Info widget DOES NOT REFRESH in the same way.  It seems that whatever the data was at the time the page loaded, that is what the Info Widget is stuck with.  Selecting other locations, then going back to a location that contains newly updated data still shows the old "as of time webpage loaded" data in the Feature Info Widget, even though the Map displays the correct updated symbology based on the most recent data update.

How do I force a refresh in the Info Widget so that it stays in synch with the Map?

This is a time critical question, as voting starts in just over a week...

Thanks for reporting. We will try to fix FeatureInfo in the coming October release.
The workaround now is to set turn on auto refresh in Experience Builder at Data source like this. 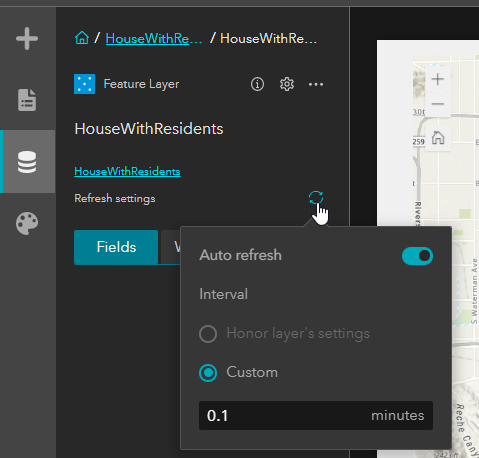 Thanks for reporting. We will try to fix FeatureInfo in the coming October release.
The workaround now is to set turn on auto refresh in Experience Builder at Data source like this.

Thanks Wei.  Unfortunately that work-around doesn't work.  The refresh setting affects the refresh of the Map and the List widget, but does not appear to force the Feature Info widget to update.  This screen shot shows the disagreement between the Map and a List (both of which show the updated attribute) and the Feature Info widget, which shows the attribute as it existed the last time the entire web page was refreshed (i.e. when the app opened). 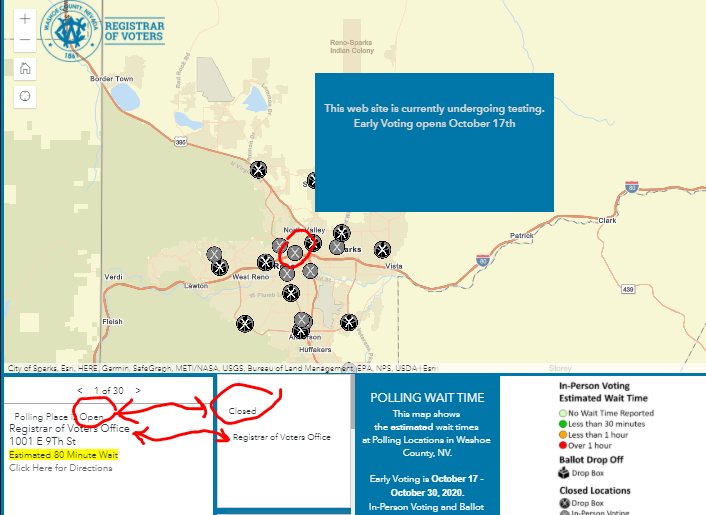 For now, I'll remove the fields that get dynamically updated from the Feature Info widget and just rely on the map symbology to reflect the Open/Closed status of the Polling Locations.

The refresh problem with FeatureInfo should be fix in ExB 8.3 Online version, which is published last night.

Please try again. And let us know if there is any problem.

This problem still appears unresolved from the 8.3 update and any updates that have been pushed since.

I am trying to build an ExB with the major components being a List widget, a section with about 10 embedded content pages for Survey123, and a Feature Info widget.

When you select an item from the List it should update the embedded content URL's for editing existing survey and should only show the Feature Info of the selected List item. When a Survey123 response is submitted, the feature info should update. Even with the refresh interval set on the feature layer, web map, and custom way as described above, they all fail to update the actual content of the widget.

This is already possible in Dashboards with the Details widget which I feel is the same widget with just a different name for Dashboards. I would think the Feature Info widget in ExB should work the same way.

Has the refresh problem been addressed yet in the current version of ExB? I am running into the same issue where people are editing data in Survey123 and the only way to see their changes to show in the Feature Info widget is to refresh the whole webpage. I have the auto refresh setting on the data source set to 1 minute in ExB and on the layer. Any help would be much appreciated!