Rename a cache for a cached map service

We have to understand what is correct time to rename a map cache.

The task is to replace an old map service with cache (format 1 with *.bundlx files) with new map service (format 2) with the same name  of the service, same name of the cache. Environment - ArcGIS 10.3.1 (Desktop,Server)

Publishing a map service with an option of manual cache will create "folder"_"map-service-name" directory with "Layers" directory.

How is possible to rename the directory to "map-service-name"?

We tried to do it in ArcCatalog but after we cannot restart the map service.

We need to save "old" name of the cache for operational reasons.

How I update a complete cache, without interrupting the production version:

When you restart the prod server, it should see the information in the config.xml and automatically register the info.  It would not hurt to delete the status.gdb and then check the status again.  The status.gdb should rebuild itself.

btw: I'll add that you can update a geographic extent of a cache while the service is running, but many times I need to replace the entire cache, and this seems to work best for that, in my opinion.

It really makes sense for maintenance.

As for our case (new cache): 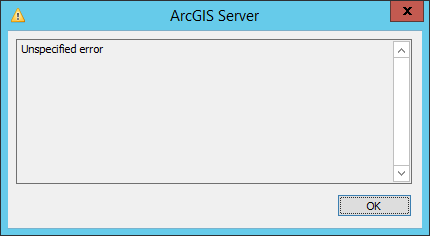 So when you created the empty cache for the service with "manual", did it create the folder and structure in the arcgisserver folder?

Have you told it how you want the scales, etc. setup all ready...and do you know/expect it to be the same as the folder that contains the cache already?

If so, you should be able to compare the config.xml files from the new blank cache folder structure, and the one you will use the replace it.  They need to be exactly the same to do a replace by rename or by moving the L00...Lxx folders over.

We are still on 10.2.2, but the structure should be about the same (our caches and other files are on our D drive)

I hope that makes sense.  I wanted to point out that Image Services themselves seem to put all those services in the Folder structure that we have on our server...and the actual service folders have _ImageServer in the name.  On the other hand, the Map Services seem to have the servicename folder right below the arcgisserver folder (and ignores the folder they are separate into).      This may be a 10.2.2 thing....just getting started on 10.5.x testing so things may be different in 10.3+    (??)

Also, make sure the cache is a compatible version.  If it was created in an older or newer version you may need to try to Import the cache (I seem to recall is a tool for this in 10.3) or possible expand the files from the bundleX and then convert them back into the 10.3. compatible format.  There was a bundlex format change between a couple of the versions, and it may have been 10.3. now that I think about it.  I had test 10.3, we just never implemented it (by choice do to hardware upgrades needed, etc.)

If all else fails, but you know the cache is correct, I would remove the service giving the error, restart ArcGIS Server (reboot), make sure you have the folders setup correctly, and try is again.  Sometimes caches can be finicky, but I do this process all the time, so I know moving them around works.

Hope that helps and isn't too rambling.

The main point is that we need to upgrade from format1 (bundle+bundlx) to format 2 (only bundle). That means I probably not going to compare the "old" config.xml to new one.

Lets ask a simple question (as per the topic) - rename the cache folder - what is correct time/step to rename a map cache/cache folder? We definitely see that it does not work with cache builded.

As per your questions:

So when you created the empty cache for the service with "manual", did it create the folder and structure in the arcgisserver folder?

Yes, I see the folder "Layers". It is empty.

Have you told it how you want the scales, etc. setup all ready...and do you know/expect it to be the same as the folder that contains the cache already?

Have you looked at the upgrade tool yet?

Upgrades the compact cache storage format of a map or image service (created at 10.2.2 and earlier versions) to take advantage of performance improvements available at 10.3 and later versions.

Although the old format is supposed to work, I bet certain things in the config file and maybe file structure are a bit different.  I would test an upgrade with a small subset (maybe a few levels) to see if it works before upgrading.

Again, I have done it, so I know it is possible to get the 10.2.2 into the new format and folder structure, but it was a while ago.

rename the cache folder - what is correct time/step to rename a map cache/cache folder?

We definitely see that it does not work with cache built.