I'm having issues with Enterprise 10.8.1 Map Viewer (Classic) and photo attachments in the pop-up. Within the pop-up configuration, I have checked the "Show feature attachments as links" box. Additionally, there is a custom symbology Arcade expression embedded in the feature layer when I bring it into the map. However, when I edit this custom symbology Arcade expression, or change anything about the symbology, it seems to make the photo attachments disappear and the "Show feature attachments as links" option is gone. Nothing else with the feature layer changes except this symbology.

Furthermore, if I try to undo the symbology changes (reverting back to the original symbology Arcade expression, getting out of the map without saving, removing the symbology entirely, etc) it does not fix the issue. The option to "Show feature attachments as links" is still gone, as are the attachments.

Is this a bug? Has anyone experienced this, and if so, found a workaround?

This is what I see before making changes to the symbology: 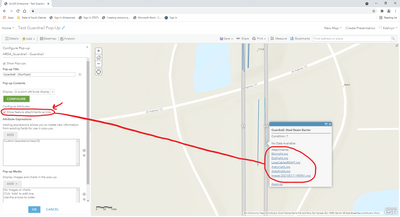 This is what it looks like after making changes to the symbology: 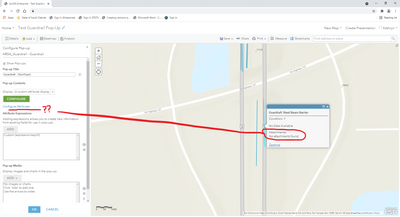 Any help is much appreciated!