I have a line feature. It is the result of two separate polygon features being converted to line, and merged together. A high number of dangles are expected. However, my error checker is not finding any of these errors.

Rule: "Must Not Have Dangles (line)"

Initially, I created the topology through model builder, and it didn't work. I deleted it and created it manually, but I am still running into the same issue.

I am selecting 'Validate Entire Topology'. The correct topology has been selected and is the only topology open in the mxd.

On the Error Inspector, I have checked both the Exceptions and the Errors list, and have disabled 'Visible Extent only'.

I have tried everything I can think of - am I missing something obvious?

The spatial reference for both the feature dataset and geodatabase and the dataframe in the mxd are all the same, as well (UTM10)

Here is an example of the line feature class I am working with, which appears to have dangles: 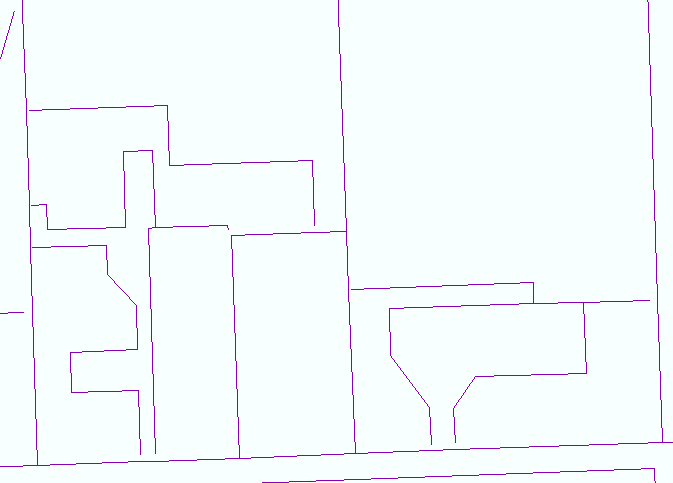 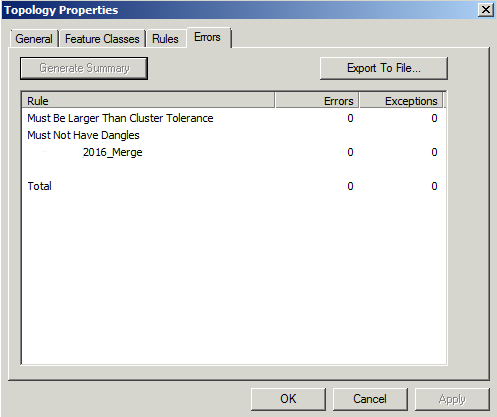 For starters, is the feature class "2016_Merge" in a Feature Dataset within a File Geodatabase?  I'm guessing it is not based on the filename, which starts with a number (which would not be allowed).  If your feature class is not in a Feature Dataset in a File Geodatabase, I would suggest placing it there and then creating the topology.  Then validate, start an editing session on it, then open the Error Checker.  Give that a try and see if it resolves the issue.

Creating a topology—Help | ArcGIS for Desktop

Not sure your problem was resolved. Maybe try run the following script. It runs through a dataset in geodatabase identifying lines with dangles.