I've set up a dashboard with a list of communities and selectors set up to select from different layers in my map.  The layers are boroughs, game management units, watersheds and subsistence regions.  I've got the map set up to zoom to the selected polygon and filter the list of communities spatially to the map extent.  The problem is that it doesn't zoom in far enough to make this useful.  I've attached a couple of pictures.  The first is the full extent of the map.  The second is how the map zooms to the northern most polygon, which obviously isn't zoomed in very far at all.  There are far too many communities (points) outside of the selected polygon and they all still show in the list.  I've tried changing the zoom level in the JSON but haven't been successful. I've also tried adding the names of the polygons to the points layer so that I could filter by feature but that didn't work because the communities layer is from a query layer.  Does anybody know how to change the zoom level of polygons? 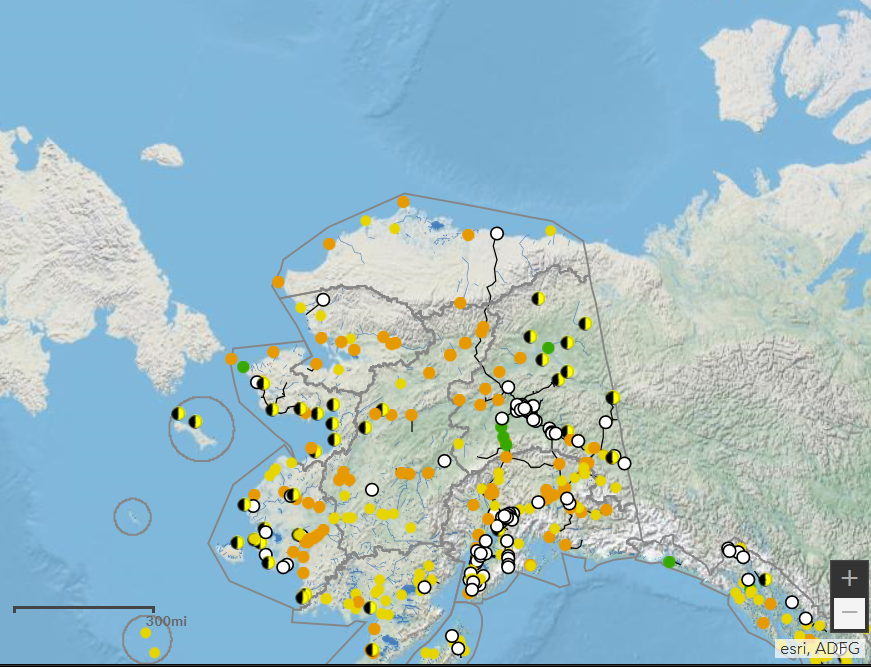 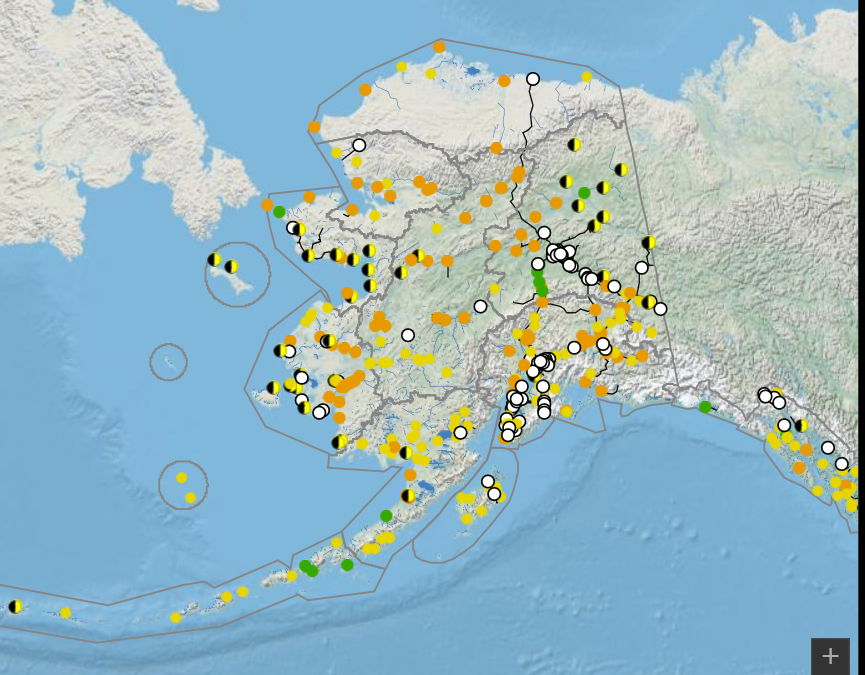 Did you find a solution for this please? I read another article that said by standard for lines and polygons the standard zoom is 3 times the size of shape. This is too big to make the zoom useful on my dashboard! https://community.esri.com/thread/227793-zoom-to-map-areas-of-interest-using-the-operations-dashboar...

I agree, when you set a zoom action in Dashboards it should include zoom extent settings much like those found when using Data Driven Pages/Map Series in ArcMap/Pro.