The new Collector for Android allows streaming intervals to be set either as time or as distance. I find, however, that those settings appear not to be enforced. For example, when streaming on a line feature with a 1 second interval setting, vertices on t 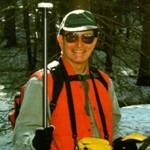 I recall that Collector Classic used to defer placing vertices if there had been little movement since the preceding vertex had been recorded. For example, when stationary, but while collecting a line feature, a new vertex would not be added until GPS error had created an apparent movement. Now that the new Collector for Android allows setting either a distance or a time interval for streaming, I had expected different behavior.

Sorry for the truncated question text -- I'm a newbie to GeoNet. My concern was that I sometimes see distances of as much as 9-10 meters between vertices when streaming feature at a walking pace, but with the streaming interval set to either 1 second or 1 meter.