Only the maps, shown below with stars, appear in the Collector App on my iPad. 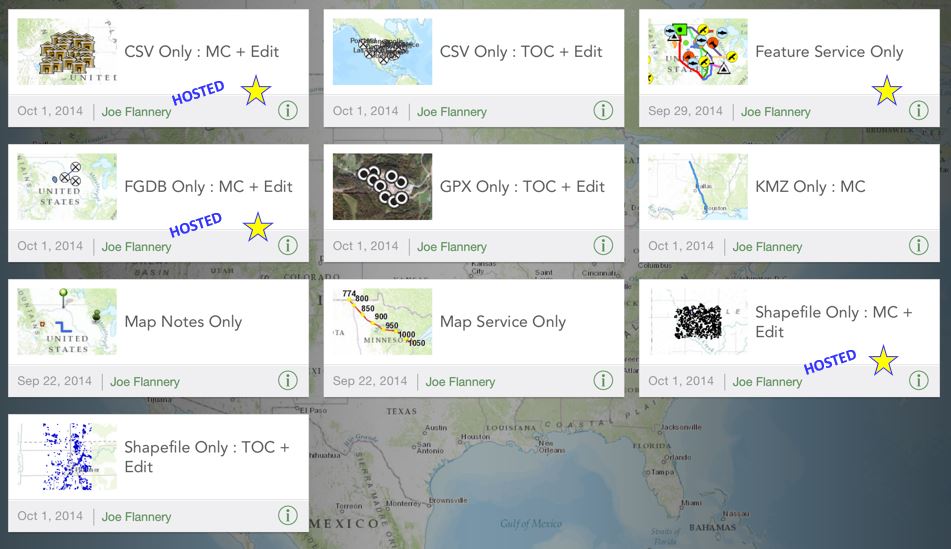 Thanks for your reply Joe. From my experience as well the map definitely has to contain an editable feature service for it to be available in the Collector app. Most of the maps I have created aren't offline enabled so I can see some map services such as caches along with the editable feature service in the Collector App. It would be great if we could view kmls as well.

I agree with your last statement.  Our users have installed the Explorer for ArcGIS app on their devices, as well, so that they can access and view all their maps/layers.

That's a great suggestion. I just tried the Explorer for ArcGIS app but it looks like the kml that I am trying to see is not supported. I can look at it through the web browser though using ArcGIS Online so I think that is what I will end up recommending to users.