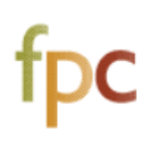 We use the original version of Collector to serve out and allow field edits of workflowed data in offline environments. To do this, we have a layer with numerous hosted views. Each hosted view has filters that only show features at particular stages of activity and approval. These hosted views also allow us to manage edit rights to particular attribution.

For example, a shape is initially displayed as "Planned". Field staff can edit the polygon to make it "Active" as in currently being harvested) and once harvesting is finished, it is edited again to capture the "Complete" date. Due to the nature of working offline in the original version, we also have a field with the categories "Planned/Active/Complete" which needs to be updated each time along with capturing the relevant date in the matching field (example file "Attributes").

My understanding is that the original version stores offline data in individual GDB's for each layer, regardless of if they are hosted views of a single source. This disconnects the data in offline mode so that it doesn't move from one view to the next as attributes change (example file "Active Filter" & "Complete Filter") thus the need for an extra "Status" field that the symbology can reflect until the offline data is removed and redownloaded with the updated features in their new hosted view (and thus new GDB). The symbology is the same across layers, showing all categories, even though each layer will normally only show features from one Category when online (i.e. Active).

It's great to see in the Beta version that this seems to have been improved, with Sync'ing automatically moving data through the hosted views and thus showing the correct symbology without the need to have a separate "Status" field (based purely on date columns being blank or not - example file "Date Only Filter").

The 1st issue I have found is that I need to Synchronize twice to get the updates to display - the first one sends the data update and the data disappears from the offline map. The second sync pulls the updated data in the new hosted view making it reappear. It would be great if this could be factored into the Synchronizing process so that it ensures data updates sent are then honoured when it's finished.

The 2nd issue is that when I update a polygon with a date that moves it from one hosted view to the next, it disappears from the map dislpay (likely due to it honouring the filter), and it not reappearing until running the above double Sync process in the new hosted view (example file "Workflowed Data").

Can the 2 above issues be factored into the development process?

I'm more than happy to share the data I have so that it can be tested by the developers.