Is there a way of removing the bottom part of my chimney (marked with red X on attached) so it conforms exactly to the shape of the gable roof? 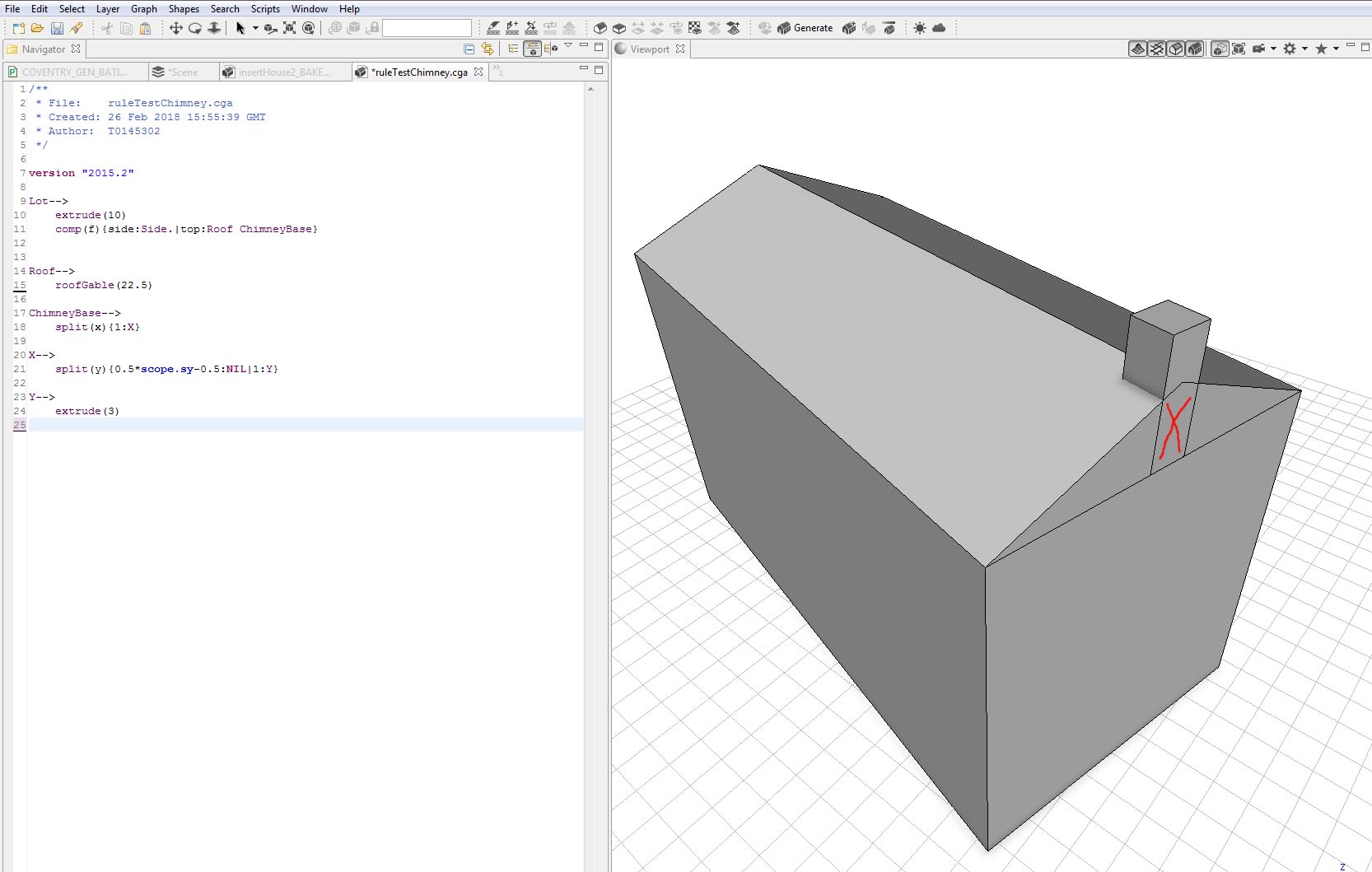 Duplicate the roof, split it, NIL the leftovers and extrude with a flat top.

Ah yes, this would be the correct answer but I forgot to say I'm using 15.2 so don't have the flat top option when extuding.

I did try going down this route but I also found I couldn't get the scopes of each half of the roof to align so that when I did the splits the chimney appeared at the same end on each side (I'm sure it's possible but too much bother without being able to get flat tops).  So anyway, for now I've just moved the chimney in-board by half a metre to prevent flickering faces.

Before flat.top existed I would just extrude and split, like so: