Rule file not generating on graph?

I'm using the Redlands Example rule files, specifically the street construction file. I've been using it for a while now, and suddenly it's stopped working. It actually works on a majority of the same street, but a couple of sections of the same road will not generate roads or any other street textures. I've attached an image to show what's going on. This just happened as I had altered the rule file to change the street lamps that show up on the sidewalk, which worked, but then after that, I was unable to set a rule file to this portion of road and sidewalk. I even deleted the layer and re-imported the street shapefile, but the same thing happened. 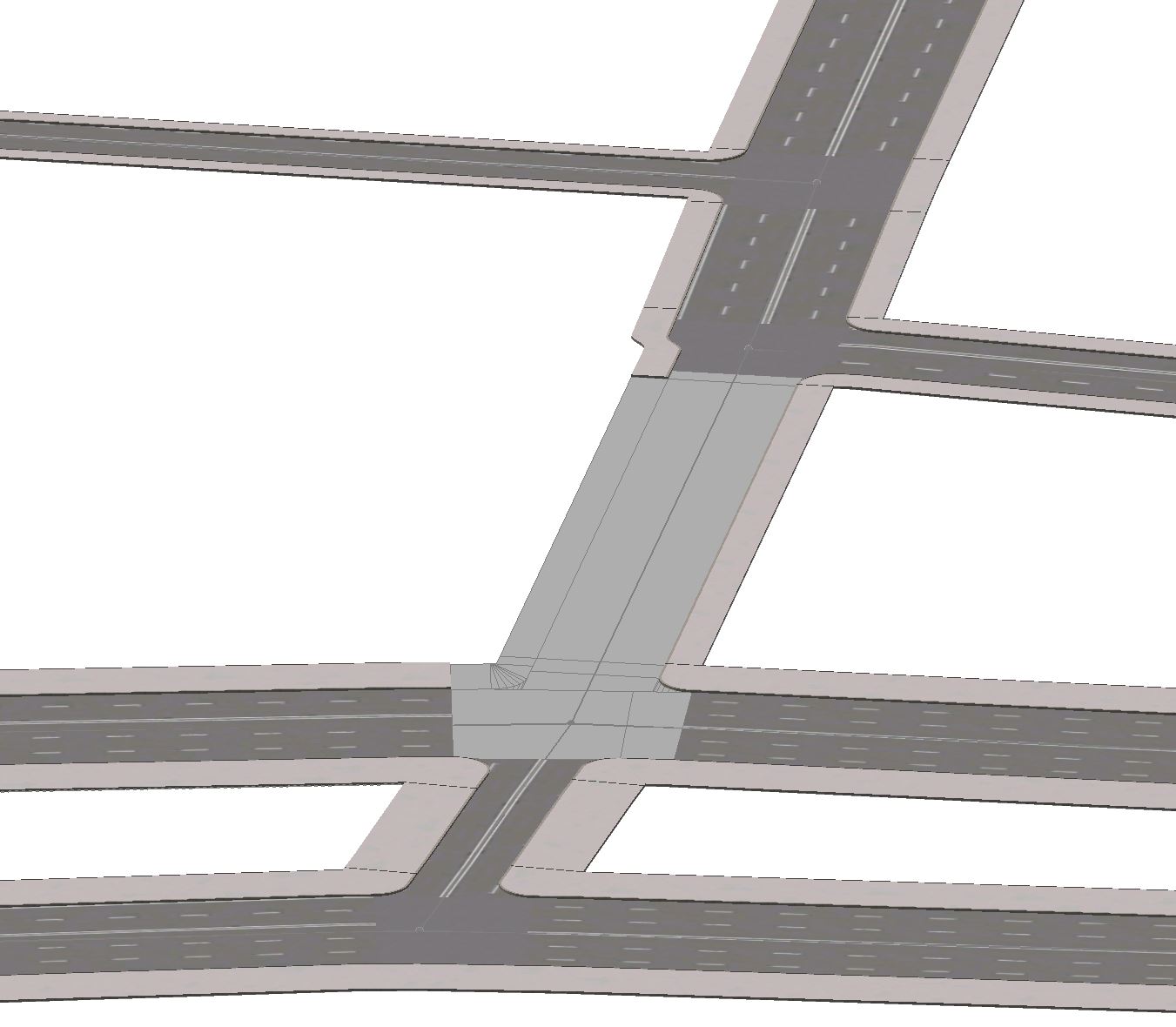 did you check if these shapes have a rule assigned and have the correct start rule set ?

I did use the correct start rules (street, sidewalk, leftover street) and I did apply the rule file several times. I actually had migrated the project and scene from another computer to a network so I could continue to work on it from a different computer. Everything had migrated perfectly, all I had to do was hit "generate" to have the attributes/textures of the rule files display again. All of the roads were showing, and then I changed out the lamps that were originally in the Redlands Example Street Construction rule file to a collada file of a lamp I had gotten from SketchUp in order to have more accurate representations of our streets' lamps. Tweaking the rule file worked, but after that, those few segments of road and sidewalk would not display. I even tried deleting the graph network and re-importing the shapefile of the street, but that same segment of road and sidewalk would still not display. There should not be anything wrong with the altered rule file as it worked fine on all other segments of road displayed the applied rule file settings.

I see .. I don't have an immediate idea what could be wrong.

Can you check the Log Window if errors appear when you generate ?

Can you post a few sceenshots that show all constellations of the UI ( selected shape with Inspector, and such) ?

That may let me track this down further ..

Strangest thing... I just got into work and opened CityEngine and the project and scene loaded normal again. The segments not accepting the rule files generated the textures from the rule file and it appears to not be acting up anymore... if it does happen again though, I'll be sure to check out the log for errors. Thanks for your help!

keep me posted if this comes up again.