I am modelling a center of a city which have a lot of streets only for pedestrian use. I would like to include those streets in my model but make it clear that they aren't for cars. I made some small changes to the default Street_Modern_Standard rule file so that I have a different texture on those streets and also have them on the level of sidewalks. This works pretty well when those streets are perpendicular to car streets but the results on other angles aren't that good (see screenshot).

Anyone has an idea on how I could make the car street boundary follow the red line? 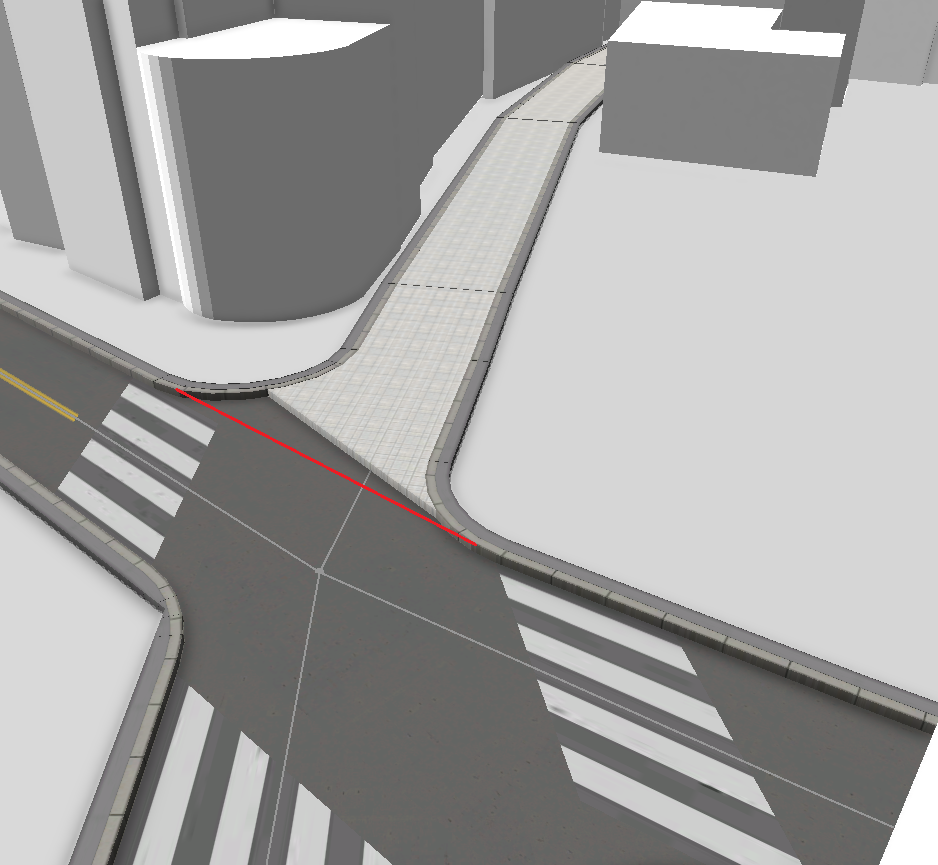 Unfortunately, this is generally in the control of native CE street shapes rather than the CGA programmer. I put a lot of work into setting up street set back parameters in the complete street rule given this issue. You might have more luck actually setting back some amount and having a perpendicular  transition to a pedestrian area.
If you do find a solution, this is what generally prevents me from creating shared streets in the complete street rule.

You could try clicking on the intersection and then going to the shape creation settings, there adjust the Min Arc Radius down to 1.   You might also try adjusting the precision up to 1 too.  That should make an improvement if your corners can be tighter.

Thanks a lot Brian!

Reducing the radius to 1, or even to 0.1, significantly reduces the modelling issue!

It is actually almost perfect in most cases. 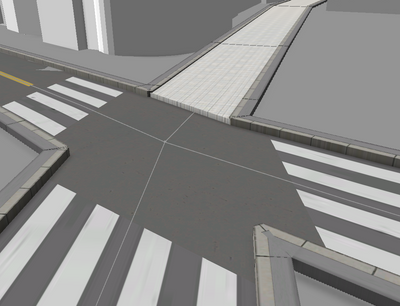 Glad I could help.   On another note, you might want to check out David's latest version of complete streets at his Github.  He made some significant texturing improvements that take advantage of CityEngine's newish PBR material appearance in the viewport; and if you want to export to a rendering program he converted most/all of the road markings into format for 'decals'.  https://github.com/d-wasserman/Complete_Street_Rule .   Also, I just generally like a darker concrete texture too, which he also uses, although I'm modifying a few things of his code to replace the asphalt texture using a file directory selector.

I wish there was a better solution than this, but this seems to do the trick! Good suggestion Brian.