Apologies this is a very open ended question with probably millions of possible answers...

I have created a basic city scene using MasterMap shapefiles which i split into categories (Buildings, Roads, Rivers etc.) and whilst it has created a scene which in a 3D sense is accurate, it has a bit of a TRON feel about it which I've been told to make look more... realistic.

This is an example of one scene I've worked on previously (ignoring the lines on the roads denoting traffic flows). 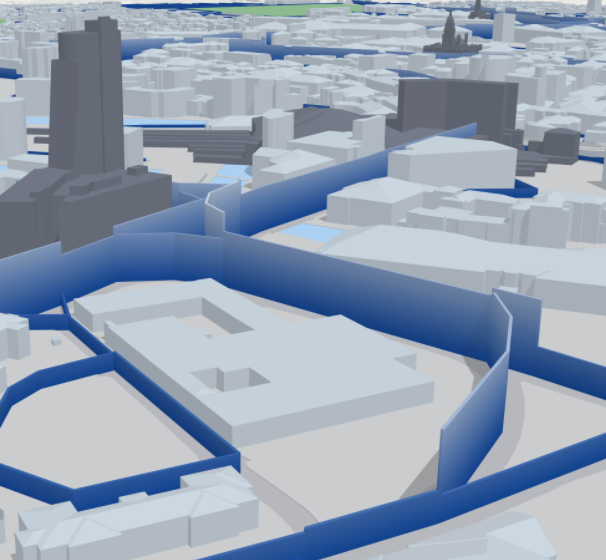 I don't have any texture files to render my buildings, and I am concerned even if I did it would end up giving me a very generic scene of identical buildings and "clunky" graphics.

I am a complete beginner with texturing or rendering and have no idea where to start... Does anyone have any suggestions for the simplest way to get started on this?

Brilliant thanks Cheryl (sorry I totally forgot to reply to this!!!)

Just had a look last last night and I looks like there are a few good textures in there I can use.

Many thanks, once again.