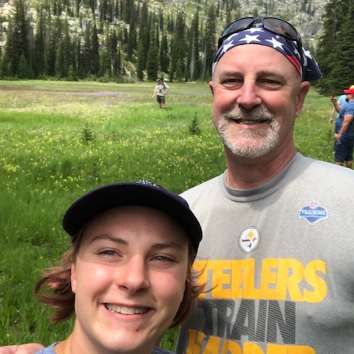 Wondering if any other folks are have discovered issues with AGS after upgrading from 10.5.1 to 10.6.1.  Experiencing some strange issues and troubleshooting has been a bear even with esri assistance.  We are in a HA environment with Windows 2012 VM server.

1. Ghost data - data fails to load - either through publishing or just loading a PDF/JPG.  Attempt to load again, the system says 'file' already exists.  Look low and high, but it doesn't show anywhere.  Have to rename file or republish under another name.

3. Map Services (continuation of item 1 really) - map services show up in AGS/Portal, but seem to be invalid.  Attempt to republish thru Arcmap/Pro - choose to overwrite, but then service doesn't appear.  Publish as new but fails first time.  Attempt a second time and it NOW recognizes map service does exist so accordingly have to publish with overwrite instead of new - Shazam - it now publishes and all is well in esri world again!

Just strange errors that have been difficult to troubleshoot before moving onto the next servers to upgrade.  Wondering if anyone else experience this October gremlins as well. fun with portal‌

A good troubleshooting step is watching the network traffic. Before you add an item, have the dev tools or Fiddler running and check what the response is. If it's a 200, then check your content under the Sharing API:

If you see if there, then the item is getting added, but there's something wrong with the index. Check the index status through the Portaladmin API:

If all values match up between the Database count and Index count, then something else is going on. If they don't, reindex through the Reindex operation at the /indexer page.

For the Categories, I noticed that if they fail to create, the error isn't returned. I'd check the network traffic again when creating the category.

What do you mean by the services are invalid? What makes them invalid? Are you unable to access them in the map viewer or when logging in directly through the REST API?

Looking to reindex as you suggest as well as esri.  Fiddler doesn't show much for errors - at least to the situation at hand.  Services invalid means they show as published, but when trying to view in a map viewer - fails to load.  Again - I believe that running the reindex may solve some of these issues.  Will report back when I complete the task.

Update - ran the reindex but still not getting a match.  Index actually appears to fail at some point as it errors out.  Will continue to test and see if we can get the index at least closer.  Reading forum posts this seems to be a common error and no real resolution has been found. 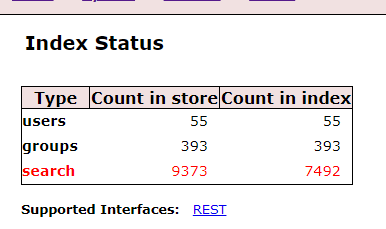 Can you run the reindex with DEBUG logs? There should be messages about the index process itself. Sometimes the messages can point to the problem. If reindexing doesn't help, then one cause is there's a content discrepancy between the database and content directory.

There are solutions, but unfortunately, require deep knowledge of the software. If the solution isn't clear through the logs, contact Tech Support who can guide you towards a resolution.

We plan on improving the resiliency of the index, including identifying corrupt or incorrect indices, in the next version of the software. This would help with another typical cause of indices getting out of sync.