Turn on suggestions
Auto-suggest helps you quickly narrow down your search results by suggesting possible matches as you type.
Showing results for
Show  only  | Search instead for
Did you mean:
Options
Subscribe to This Board

When modeling a district energy pipe network, it is vital to understand where the energy starts and where it goes. Modeling this real-world transportation of thermal energy through a pipe network, requires more than an understanding of how the pipes, pumps, heat exchangers, valves and other components are connected. To accurately represent these additional real-world complexities, we need a more advanced connectivity model. We need to leverage the Utility Network.

Esri and Esri partner Comsof continue to advance their offerings for district heating network operators. The latest advances are an industry-specific data model and an ArcGIS Pro planning and design plugin. This new combination speeds and eases the kickstart of any network buildout.

The first GIS based data model for District Heating and District Cooling has been released.

Looking for a better solution for managing your steam, heated water or chilled water pipe system? Please join us October 28th from 11:00am – 11:30am U.S. Central time for a brief 20-minute presentation on using ArcGIS for managing the assets and systems of your District Heating, Steam, and District Cooling pipe systems. See all the details at: https://imgis2020.esri.com/exhibitors/11EAFD0B4900378082654F82FCF35551/See-a-Demonstration

This presentation is part of Esri’s Infrastructure Management and GIS conference. The conference is complementary to all Esri customers that are current on maintenance and subscriptions. 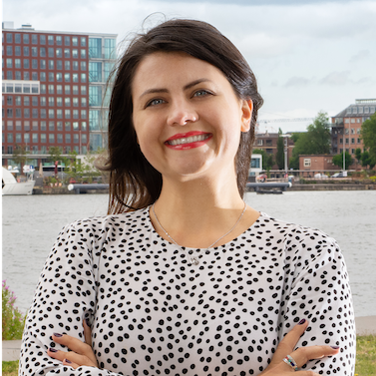 The summer is done, and the falling leaves are hinting that winter is coming. But progress on the District Heating and Cooling (DHC) data model continues its steady pace to completion.

Since the late August release of beta 1, we have been working towards a mid-October release of beta 2. This will be the final beta before the release of version 1 later this year. With beta 2 the data model is feature complete, and many of the lessons learned from testing have been incorporated. Overall, this effort is on track to be completed before 2020 ends.

Here is a brief summary of what’s left to be accomplished prior to the release of version 1.

During the month of September testing was performed to check the ability to create and maintain information managed with the data model.  More challenging was the testing to verify that the structure network defined for this data model could be loaded into existing Esri Utility Network data models for water, electric, and gas.  Issues identified by these rounds of testing have been incorporated into the beta 2 version of the data model.  Beta 2 is feature complete. No more modifications other than corrections identified thru testing are planned before the final release.

The sample dataset continues to evolve.  More detail has been added as well as continual cleanup of the pipe system connectivity.

If you would like to see the sample data in action, click on the link below to see a Storymap containing interactive 2D and 3D maps:

As this data model nears completion there is one more outstanding task.  This is the task to create an iconography-based symbology style set specifically for this data model. Being an iconography-based symbol means, no alphanumeric characters. The goal is to use universally recognized images to represent each unique type of asset.  These types of symbols can be used world-wide regardless of the native language.

If you are interested in reviewing and testing this data model, you can download the ArcGIS Pro 2.6 compatible asset package from here: https://community.esri.com/docs/DOC-15522-district-heating-and-cooling-data-model-beta-2

If you are interested in deploying this data model to support your system or record needs, please let us know.  You can contact us via geonet or directly via email: tdewitte@esri.com, asavchenko@esri.com .

The Esri User Conference is done, and summer is rapidly coming to an end. But progress on the District Heating and Cooling (DHC) data model continues.

Since the early July release of Alpha 4, we have been working towards a mid-August release of beta 1. The goal for beta 1 is to have a complete rule base, network attributes, summary attributes, attribute rules and subnetwork definitions. With these additions to the data model we are getting very close to being feature complete. Let's discuss these remaining items in detail.

A key component to the Utility Network is its ability to help data editors to enter and update components of the pipe system correctly. This not only improves data quality it also improves editing efficiency by helping editors enter the information correctly the first time.  The upcoming beta release will be the first release with a full set of connectivity rules to join the previously defined sets of containment and attribute rules.

There are still a few aspects to modeling District Heating and Cooling systems that need to be completed.  First is understanding how to correctly model a Leak Detection system so it can be created, maintained, and traced with minimal effort and no duplication of data.  Second is the creation of a data dictionary, and third is the creation of a symbology style set.

Even though there are still a few outstanding items to complete, this effort is on schedule.  But we are always looking for more volunteers with industry knowledge to help with this effort.  If you work in, or support the Steam, Heated Water, or Chilled Water utility organizations and are interested in joining one of our working groups, please let us know.  You can contact us via geonet or directly via email: tdewitte@esri.com, asavchenko@esri.com .

In May, we published the first progress update about a new Esri initiative to create District Heating and Cooling Data model. This post is the continuation of the effort to keep you informed about the District Energy data model's latest developments.

The newest release of the data model is Alpha 4, and it includes the updated sample data, attribute rules, terminals, subnetworks, and heat exchanger configurations. Let's discuss all these changes in more detail.

It is vital to provide a sample dataset, a well-thought digital twin of the several district energy system configurations. Thus, the sample data's newest version includes the supplemental configuration of the hot water and chilled water systems. Modeling this way is suitable when the district energy system serves several buildings (for example, row houses), but it measured by one meter. In this scenario, the meter measures consumption at the end of the service line, from which energy transported to multiple buildings through the network of customer pipes. Often urban areas with high population density have limited underground space, making it essential to use such system configurations.

Introduction of the Business Rules

Improving the editor's experience through automation and a strong rule base to help the editor enter the information correctly the first time is a key benefit of business rules.

Alpha 4 is the beginning of the inclusion of attribute rules to the data model template. Attribute rules are a principal geodatabase capability of the Utility Network technology. Adding these rules is essential. They will make sure that your digital twin satisfies the business-specific requirements of the industry.

Introduction of the Contingent Values

For example, the pipe selection of the materials available to the user changes based on the type of the system the pipe belongs to – whether it is hot water, steam, condensate, or chilled water system.

In Utility Network, it is possible to model devices with a higher degree of realism by defining terminals. In the district energy system, terminals represent the incoming and outgoing flow of the hot water, chilled water, steam, or condensate.

Besides attribute rules and terminals, the Alpha 4 DHC data model continues to build the subnetwork configurations. Subnetworks model the subsystems of a District Energy pipe system such as thermal energy system zones, pressure zones, and circulation zones. Subnetwork consists of all the participating features in the topological subset of the tier. These features include devices, lines, and junctions.

In the district energy system, the commodity: hot water, chilled water, or steam; being transported thru the pipe system is not consumed directly by the end consumer. Instead, commodity transports and delivers the thermal energy it carries. In comparison, in other utility systems, the commodity consumed at the customer location. For example, drinking water runs from the tap; electricity provides light and power to the appliances; gas feeds the stoves and heating units. In these typical examples, the commodity runs from the source to the consumer device where it is consumed (sinks).

The customer does not consume the district energy commodity. Instead, commodity warms or cools the surroundings through which it runs due to a combination of thermal processes - convection, conduction, and radiation. The heat exchanger is the device used to transfer the thermal energy without also continuing the flow of the commodity, which creates a unique modeling situation for district energy systems.  The flow of thermal energy is not always the same as the flow of the water or steam!

You can run the trace for water flow through circulating with the heat exchanger (scenario 1).

(view in My Videos)

Or you can run the trace of the thermal flow through the heat exchanger (scenario 2).

(view in My Videos)

There is still lots to be done! Although it is summer and work is usually slow due to vacation, the goal of the community is to stay productive and continue evolving this data model template.

As the model moves from alpha to beta, you will see further refinement of the subnetwork definitions, summary attributes, and network attributes.  You will also see the addition of more attribute rules and connectivity rules.  Stay tuned!

Even though there is much yet to do, this effort is on schedule.  But we are always looking for more volunteers with industry knowledge to help with this effort.  If you work in or support the Steam, Heated Water, or Chilled Water utility organizations and are interested in joining one of our working groups, please let us know.  You can contact us via geonet or directly via email: tdewitte@esri.com, asavchenko@esri.com.