I have some hatched polygons on my map with pretty wide spacing so when I export the figure, the legend patches are blank as they are just showing the spaces and not the hatches. To make things even worse, the way the legend patch looks in ArcGIS Pro is not the way it looks in the exported file so its not like I can mess with the offset to get one of the hatches to show. I've seen a few others ask about this on here but they haven't gotten real answers and since some of the questions are 10 years old, surely ESRI has done something about this by now?

The only work around in ArcGIS Pro that I can think of would be to make copies of all my feature classes, move the features outside of map extent, change symbology to very close together hatches. I'm trying to avoid this though with how tedious it would be considering I've spent a lot of time on these figures already and they are otherwise finished.

Thanks for any help,

A potential workaround is to create a legend, then convert to graphics. The graphic patch symbology can then be adjusted as needed.

I suspect the reason an "official" workaround for this does not exist is that the whole point of a legend is to be representative of the features seen in the map. Having a map which does not accurately depict the features shows opens the door to misinformation, intentional or accidental.

You could also increase the patch size for that item in the legend so that it's large enough to clearly depict the hatching.

@AlexVerville  this is the same as my idea.

We need the ability to modify the symbol scale, similar to how you set a reference scale on a map frame.


David
..Maps with no limits..
Reply
1 Kudo
by jcarlson

If you set a reference scale on a map, the legend will sync with the map frame. 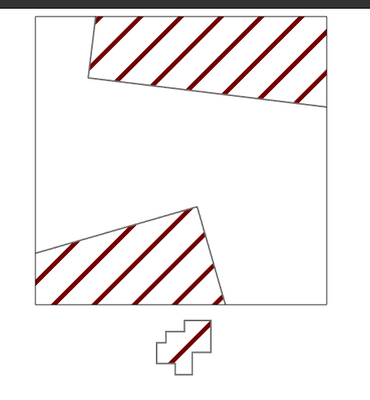 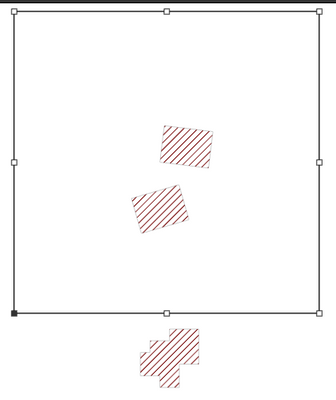 Here's an easy workaround to accomplish a legend with a separate reference scale than your map.

I'm still a bit dubious of the value of a legend which is not representative of the map, but regardless, you can do it, and without creating copies of layers or maps. All you need is a second map frame.

@jcarlson Thanks for the response, I tried both and converting to graphics worked much better for me. All I had to do was change the spacing from 10pt to 5pt.

I agree that people can make a legend that is not representative of the map if they are able to change it from what is shown by default, but that's a risk the user should be aware of and willing to take if they decide to make changes. In my case, the symbology ArcGIS was showing in my legend made my map completely unreadable because it was not representative of what was shown on the map. I shouldn't be losing most of a day of work and making people wait because of something like this, not only is it unproductive but its embarrassing. At the very least they could just make the legend symbology match the contents symbology.

Note that the patches in your Contents pane are a bit taller than the legend patches, which would account for some of the difference there. But it still wouldn't show the symbols that well, even resized to being quite tall.