Anyone else seen this and have a solution?

I eventually want to turn the geojson into a URL service and add it to a map that way. Will the same issue happen if I do this?

Review the fields included and make changes as needed.

Thank you for that information. I tried that and specifically set the 'ParameterCode' field to string. However, after the dataset is added and I look at the table/fields, that field is denoted as a number... not a string. Why is AGOL changing it? I'll upload the geojson file so you can try/see for yourself.

Thank you for sharing, that is interesting indeed. It looks like the REST API call behind the publish function doesn't actually include the selected field type parameters. Also changing the field names doesn't do anything... Sounds like a bug!

When you add a layer like that to the map, it's really just reading it in as text. You see this a bunch with CSVs with things like parcel numbers, ZIP codes, etc. When AGOL reads the attributes in and sees a series of numbers, it makes its best guess, and occasionally gets it wrong.

The best solution is to have a layer with defined datatypes, but you can't always do that. You might consider going the Excel approach, which is to prepend "text numbers" with some character that will be ignored. That is, store the value "'0060" instead of "0060".

Would it be possible to create a layer in AGOL and simply have it sync with the GeoJSON periodically? Perhaps using a Python script?

A json file DOES have defined datatypes:

Why is AGOL making a guess? Other applications seem to have no problem honoring the defined datatypes in the json file. Also, I'm specifically telling it 'text' in the procedure mentioned above and it's changing it back to number.

I mean like a database layer, i.e., a hosted layer, sorry. I'm not disagreeing with you, I know that geojsons and the like have data types, they're just not as explicit/rigid as in a DB.

When you add a file to your map, the map makes a call to /rest/features/generate to cobble together a Feature Collection. Somewhere in the process, it's seeing all digits and saying "oh, that's a number field", regardless of the rest of the file's formatting.

None of that really answers the main question of "why does it do this?", though.

If you host the file at a URL and add it to the new map viewer, it respects your data types! 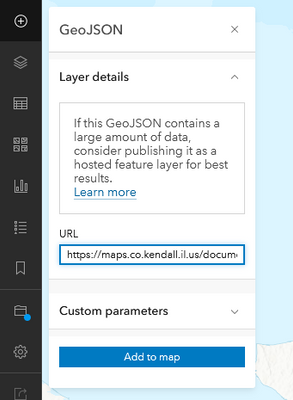 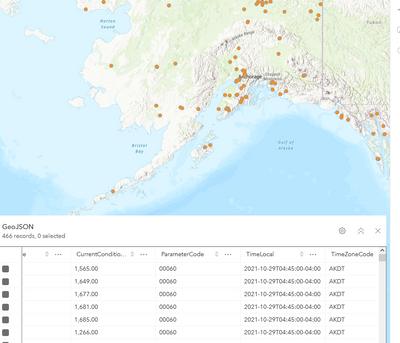 Why the difference? Who knows!