If you set up a Configurable Web app using a 3D scene, you can select a template with an inset map that links to another 2D web map. This is great, and looks really good. The issue is, you cannot toggle layers so whatever is the top most layer in your scene and web map are the only things displayed.

If you use Web app builder you can add the layer list widget without any issue to toggle layers in your scene. You cannot however add a 2D map inset.

The functionality is all there, you can have an inset on a 3D scene and you can toggle layers on a 3D scene, you just can't do it together without creating a custom widget yourself. Is this not a major oversight? The ability to turn layers on and off is one of the things most central to making these web apps useful 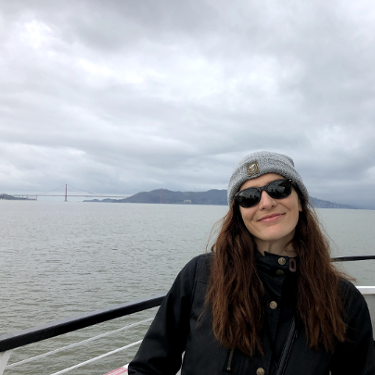 I'm actually referring to layers on the main scene (not the inset itself, although that would be useful too). Here's the usage situation that I needed this functionality for:

We have drone data being collected bi-weekly, which I'm processing and adding to AGOL as it becomes available. Each day of data has an orthomosaic and a DEM. The people using the web app requested that they be able to view both the 3D data and the 2D data side by side.

My issue was that I cannot add all the data to a single Configurable Web App (in this case the template with an inset map) because I need to be able to toggle the correct days DEM that corresponds to the correct days orthomosaic in order for the display to show accurate data.

As things were when I wrote the idea post, the template would only show the top most layers configured in the scene, meaning I could see Day 10 Ortho with Day 10 DEM, but it was impossible to change it to Day 9 etc Ortho with Day 9 DEM. In the Web App builder you CAN toggle the imagery and DEMs with no issues, but there is no inset map widget, meaning I couldn't display the data side by side.

My work around for this issue was to use Experience Builder to create an app with a new 'page' for each day of data. In the background I had to create a new scene and new web map for each day that only contain a base map, a DEM, and an orthomosaic, which are then linked to the Experience builder app.

It would be ideal if I was able to display all of this in a single web app (without multiple pages), with layers in groups (ex- DEM day 10 and Ortho day 10 are grouped, so that when one is toggled on, the other is also toggled on. Even better if it would toggle OFF the other layers so the DEMs don't blend together). It would also have the 2D inset map in the corner that could be expanded as necessary (it would also be helpful to have the layers in the inset toggleable, but this isn't as crucial as making sure the DEM in question is being displayed with the right day of imagery)

The issue boils down to needing to display specific DEMs with specific imagery (possible in Web App builder), AND display a 2D map with the 3D data (possible with Configurable web app), but this cannot be done together.

Thanks for providing some background on the idea. I see what you are saying. As far as Configurable Apps go Scene with Inset or the Compare app would would provide that comparison ability between a 2D map and 3D scene. However, neither apps offer a layer list widget or the ability to toggle layers on/off.

I think this would be a useful this to have in Scene with Inset. I have gone ahead and logged an enhancement for including a layer toggle in the app. We will be looking into adding this into future release.

Thanks for the feedback, we appreciate it!