If you are an emergency responder than you are likely familiar with NOAA'a ALOHA
(Areal Locations of Hazardous Atmospheres) is a modeling program that estimates threat zones associated with hazardous chemical releases, including toxic gas clouds, fires, and explosions.

This widget allows for the plotting of the Aloha threat zones in Web AppBuilder.

This widget does not model or generate the chemical plume, It only imports the Aloha .pas
file and parses the file to plot the data in Web AppBuilder.

1. Ability to parse and plot a Aloha .pas file in Web AppBuilder at a user specified point of origin.
2. Add multiple Aloha threat zones to the viewer simultaneously.
3. Ability to turn on and off the visibility of individual threat zones in the app and adjust the transparency of all footprints.
4. Display a legend and metadata for each threat zone in the widgets results.
5. Zoom to the threat zone by click on the widget result. You also have the ability to specify the zoom percentage of the graphics extent for zooming (i.e. 1.2 means zoom to 120% of the graphics extent).

cool widget, thanks for sharing.

does the model factor current wind into the model?  if not, that's seems as key as the chem type, for example.

That is a NOAA Aloha model specific question. But yes the Aloha model can take into account wind and even be configured to use a weather station wind info.

I added this widget to my WAB app in Portal for ArcGIS but I get "Create widget error" when trying to use it.  What could be causing this error?

What version of Portal are you attempting to add it to? What is the error that show in your browsers web console?

I did all the process of adding the widget again and still get the same error. I have added the images of all the precess. 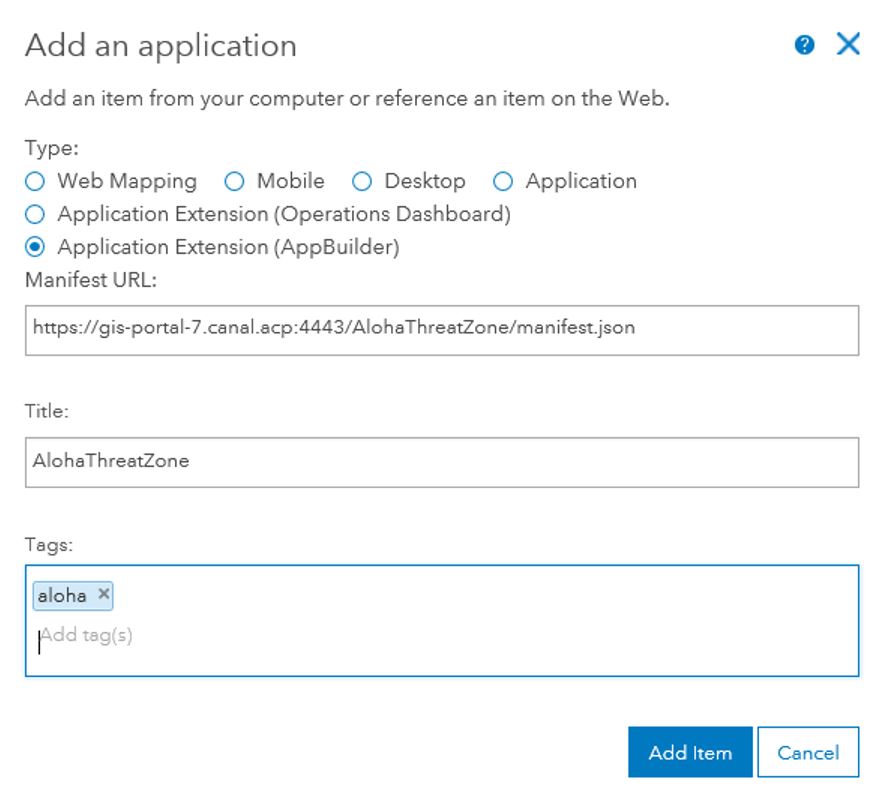 Sorry. I now remember a coding change I had to make to some of my other widget to get past this error. I will get a new version out ASAP that is Portal compatible.

I truly appreciate your support on this. I will anxiously be waiting for the update.

Version 2.9 of the widget is now available.