Struggeling by delineating watersheds for an urban catchment

i'm trying to delineate watersheds for an urban catchments using the ArcHydro Tools. My area of interest covers urban and suburban parts. While the outter part of my catchment is of comparably higher elevation, hence topography driven flow can easily be derived by the classical procedure (flow direction, accumulation, stream definition, segmentation etc.), the core of my study area is flat and the drainage takes place by open-channel flow. In the centre of my catchment is a larger sink everything is draining towards. From there the water flow continues via a canal towards the border.

However, I'm not capable of deriving flow directions which follow the open-channel flow. I'm familiar with the general ArcHydro Tools and procedure for larger, steeper catchments i reach my limits processing this dataset.

What I tried so far is to use DEM reconditioning inserting the polyline representing the open-channel network, but it doesn't solve the problem. The drainage lines i obtain do not match with my drainage network. I'm not sure whether I inserted wrong values for DEM reconditioning or if its generally not suitable for flat terrain?
Some parts of the canals and the major sink in my study area are below sea level and whenever I apply Fill Sinks my elevation range is drastically affected shifting the values to positive range. So I think it might be reasonable to leave out that function.

I've been through most of the discussions here where urban watershed were tackled. I couldn't find a similar topic yet, although I guess I need to burn my streams by DEM reconditioning. Also I read about setting up inner walls hindering the flow at certain points, but I haven't worked that way so far.

Hints and ideas how to overcome this puzzle are highly appreciated. 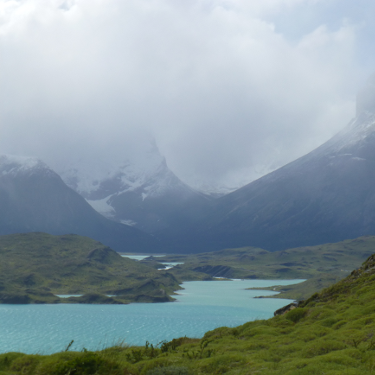 First, when using DEM Reconditioning you have the option to raise all values in the DEM to end up with a DEM with all positive values. In the past, it used to be an issue down the line when the DEM contained negative values. This is not the case anymore. So this is now a personal preference. I usually do not check it and keep the default (unchecked). It does not hurt either way. Also, DEM Reconditioning is used to set the flow direction and does not contain real elevations - it is not to be used to extract elevations or compute slopes. So it is ok if the range of values is totally different from the original DEM.

Secondly, if you have a very flat area and a known network, you should use Create Drainage Line Structures with your input Streams to create DrainageLine and StrLnk as a rasterized representation of your streams that will be used as input by DEM Reconditioning. You need to make sure that these streams can get out, by either exiting the DEM or ending in a sink otherwise when you Fill (except in the sinks) they will be fill back up and you will lose the benefits of reconditioning.

You should also use Create Sink Structures to burn in your known sink and make sure you pass the end of the stream in you sink polygon as a Draft SInk Point. This will ensure that after reaching the sink, the water flows into the sink point.

You will need to Level the DEM using the output SinkPolygon to enforce that sink as well.

You will eventually need to fill to force the water to get out (toward a sinks or the outside).

After creating flow direction, adjusting it in your sinks, you will also adjust it with your streams using the strfdr flow direction. This will ensure that once the water reaches a stream, it will stays in the stream following the digitized direction of the streams.

Now if the water still does not flow toward the streams the way you want, you may need to enforce the known boundaries as well to make sure when the DEM gets filled, the water goes the right way. I would start without this first to see how it goes and add that step if needed layer on.

So to summarize try the following workflow to create preprocessed data to support a delineation (without enforcing the boundaries):

1. Create Sink Structures (pass your known sink polygon and pass the from node of the stream in your sink as input draft sink point at least).

2.Create Drainage Line Structures -> will create your DrainageLine, strlnk (can be used as str) and strfdr which is the flow direction in the streams.

4.Level DEM (using AgreeDEM, SinkPoly and pass an offset of 1000 at least - this burn in your sinks).

5. Fill Sinks (pass SinkPoly so they do not get filled).

9. Combine Stream Link and Sink Link (using strlnk and sinkpntgrid, make sure you pass DrainageLine as well to keep the IDs in sync).