How to get relationship of cities being upstream or downstream from each other?

I'm interested in examining cities (points) and rivers (lines) within each watershed (polygons) in the country of Colombia. I've performed a spatial join between the cities and the watersheds so the cities have the information about the watershed they are in.

One path I've gone down is to create a trace network and enable network topology. To do this I've snapped all city points to the nearest river vertex within a half mile: 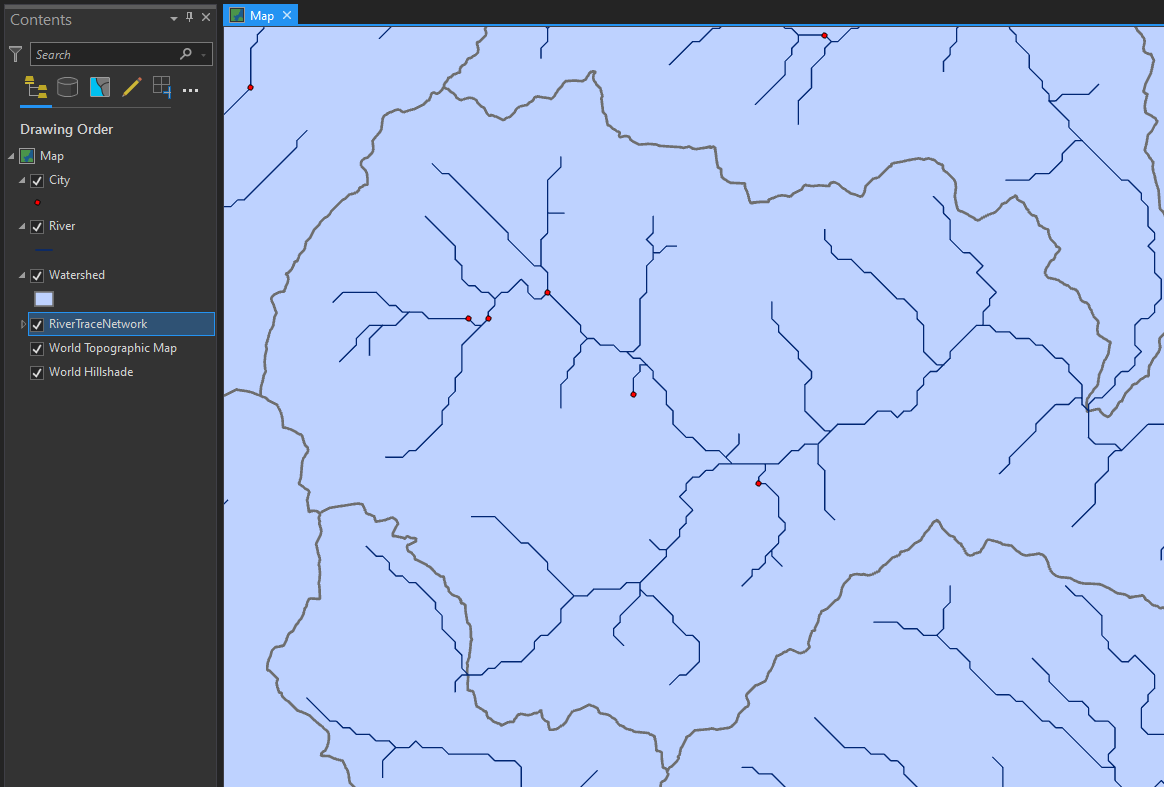 I've looked into the diagrams that can be created from a trace network, but have been unable to create the desired output.

Should I be looking into another workflow?

In theory, the trace network would serve your needs.  I'm actually trying to do something similar.  The general procedure would be to build a trace network with your snapped cities and rivers.  Then you would iterate through each city, and do the following:

1. Set the city as a starting point.

4. Concatenate the names in a comma separated list and write to the Cities Upstream field in the city layer.

7. Write the names to the Cities Downstream field.

(In fact, if you iterate through all cities and trace upstream, you can use that information to also build the list of cities downstream, but conceptually it's just easier to do steps 5, 6, and 7, albeit probably slower from a scripting standpoint).

However, in practice I'm struggling to get the iteration working in ModelBuilder.  I may wait a few days to see if any experts have solutions.  Things may be better in Pro 2.7, but my client will be at 2.6 for a while so I'm stuck for now.  If a ModelBuilder solution doesn't present itself, I'll try Python instead.