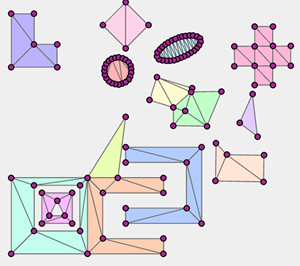 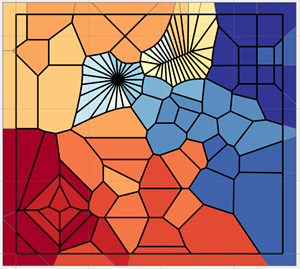 Design stained glass patterns even (Use a Voronoi diagram)

A basic GIS functionality, for those of us that work with geometry.

An Advanced license is required.

GitHub - Dan-Patterson/numpy_geometry: A numpy geometry class and functions that work with arcpy and...

How is this accomplished?  By using tools that are already available in scipy.spatial 's Delaunay and Voronoi,

A little numpy-based geom (npg) functionality, a dash of arcpy and arctoolbox tools and you have it.

The Voronoi results obtained from

and from npg. are shown in the figure below.

It doesn't really matter which is which since they identical in shape and area.

Note:  The esri tool buffers by an extra 10% by default, the npg version defaults to the input extent, so ignore the "to infinity" polygons on the edges 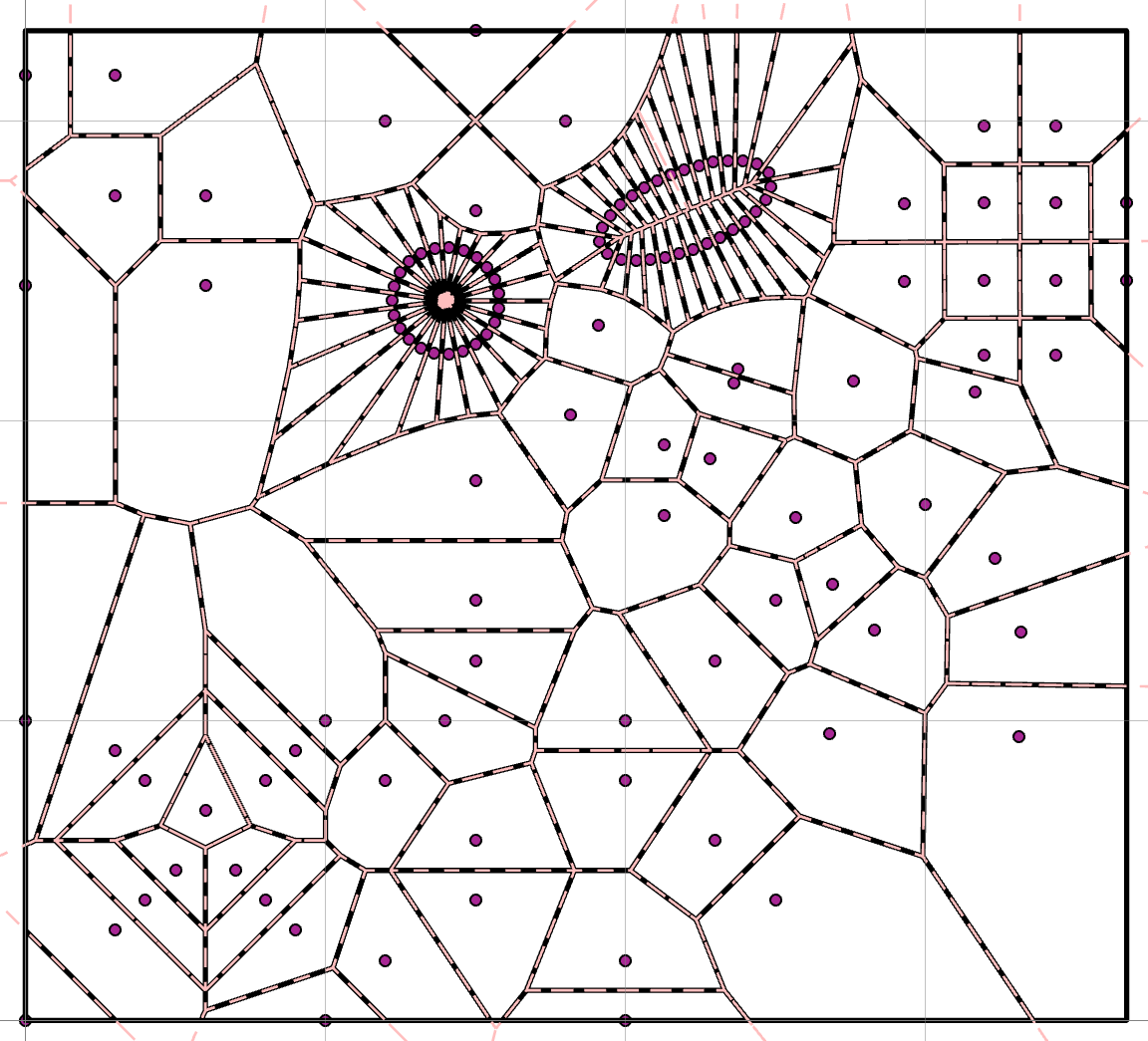 I like Delaunay triangulation for shapes.  The figure below shows a such a triangulation performed on a variety of shapes, using the npg Delaunay option. 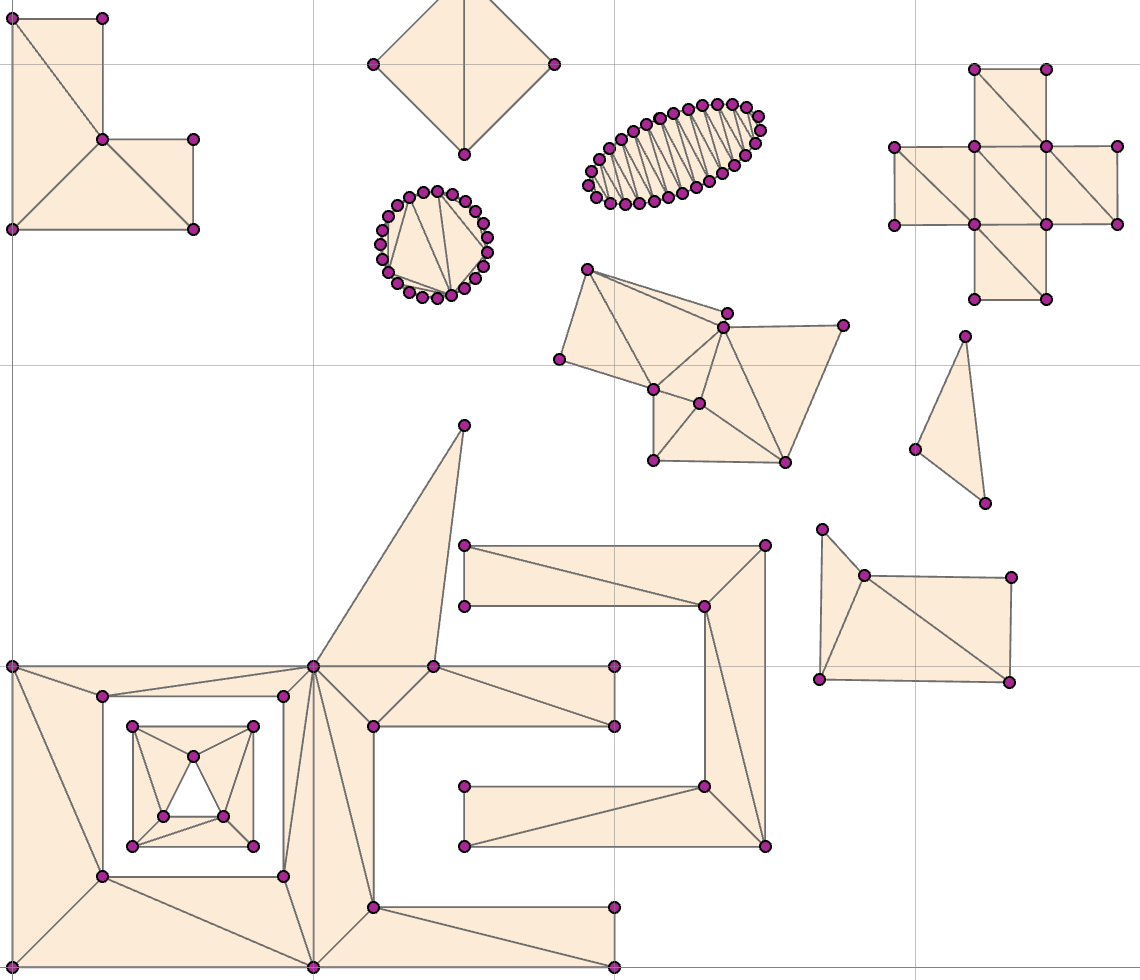 You can generate your own art or derive medial axes/skeletons from these.

So next time time you think of Thiessen or Tin.... think how you can "Free the Tools". 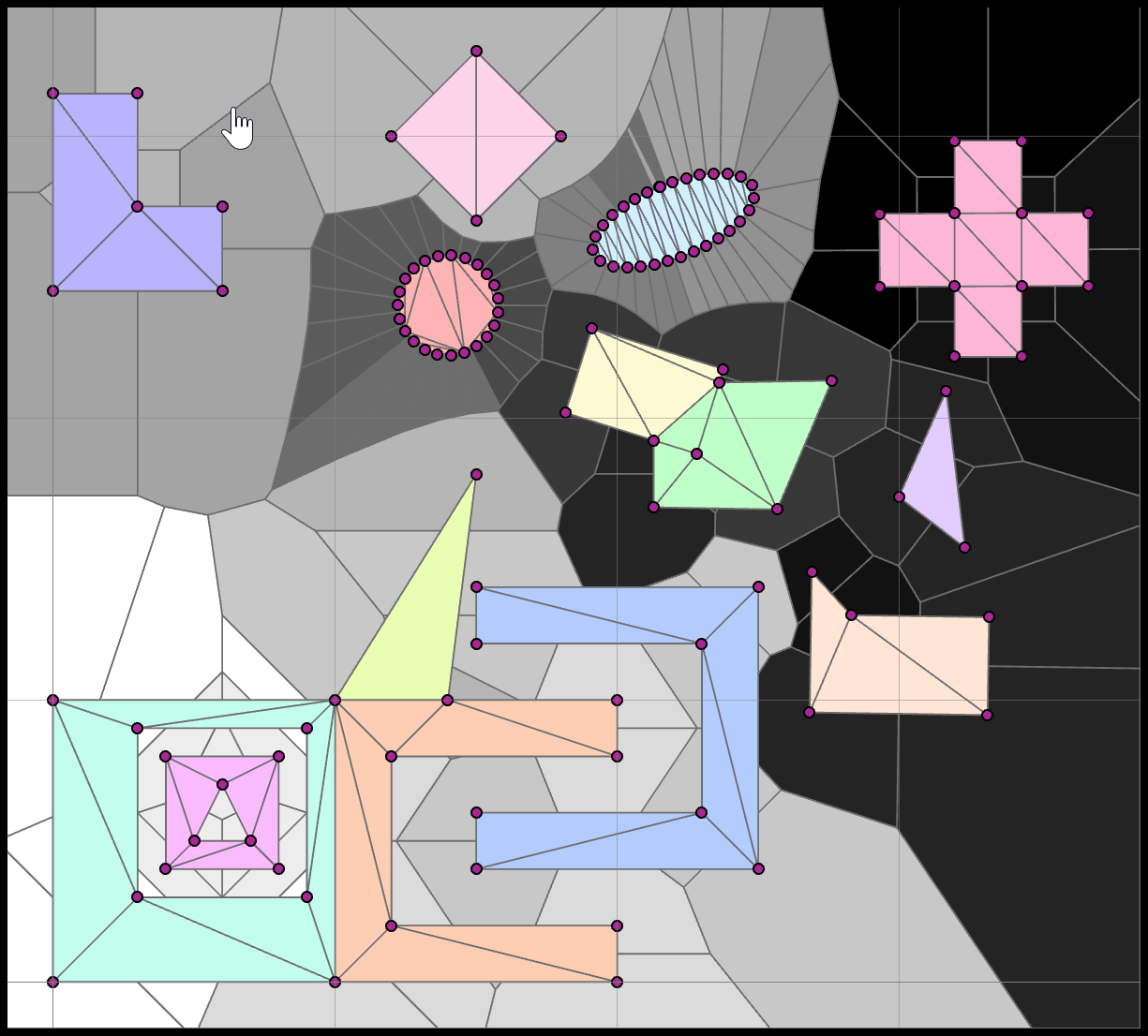 About the Author
Retired Geomatics Instructor (also DanPatterson_Retired). Currently working on geometry projects (various) as they relate to GIS and spatial analysis. I use NumPy, python and kin and interface with ArcGIS Pro.
Labels