In 2004, Harvey Lewis was involved in a near fatal car accident that left him with a broken neck. Neurosurgeons rebuilt his 4th and 5th vertebra, with added titanium implants. Since then, his recovery and accomplishments have been nothing short of amazing.

Harvey is a Team USA athlete, high school teacher, marathon runner, adventure tourism leader, philanthropist, and world traveler. While he calls Cincinnati home, he divides his time between the city home and country home in Circleville, OH where his fiancé lives.

Harvey’s running accomplishments include:
● Winner of the Badwater 135 – described by National Geographic as the world’s toughest race, it is the equivalent of over 5 back-to-back marathons (135 miles) through Death Valley in the middle of summer.
● Team USA athlete – 24 Hour World Championship (has represented the USA at championship events in Poland, the Netherlands, Italy and Northern Ireland, running as much as 158.9 miles in a single 24-hour period)
● Qualified for and run the Boston Marathon – the world’s oldest marathon, and the premier marathon running event in the USA.

Harvey’s adventure tourism and travelling accomplishments include:
● Visiting, touring, and exploring 86 different countries (and all continents)
● Leading an adventure tourism group through Portugal each summer.
● Running the Marathon Des Sables on “Team I Run 4 Hope” as a charity fundraising and awareness effort. The race is a six-day, 156 mile ultramarathon, and is approximately the distance of six regular marathons. The race is held every year in southern Morocco, in the Sahara Desert, and participants must carry all necessary supplies with them during the race.

As a high school social studies teacher at the Cincinnati School for Creative and Performing Arts, he has had the opportunity to teach over 2,000 students in his classrooms through the years. He combines his passion for running with teaching and has run numerous historic routes such as Ghandi’s 240-mile Salt March, the path of a monk in the remote regions of the Gobi Desert in China, the Selma March, and the route of the world’s first marathon that Phidepedes first took across Greece in 490 BC.

Whether it’s mapping out a lesson plan, a marathon route, or exploring a new country, geography has been a constant in Harvey’s life. Come hear him share what has helped him to achieve unlikely goals, overcome daunting obstacles, and find what could help you to reach your own goals. 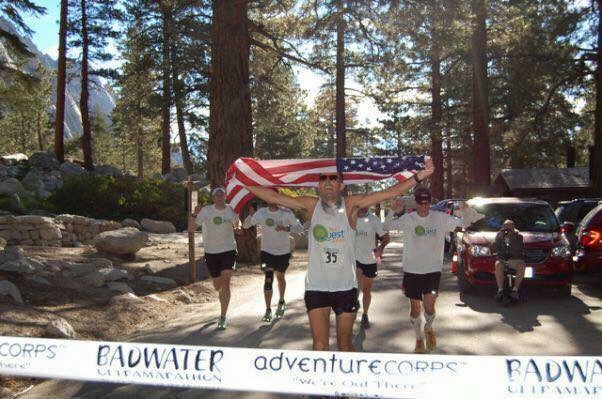