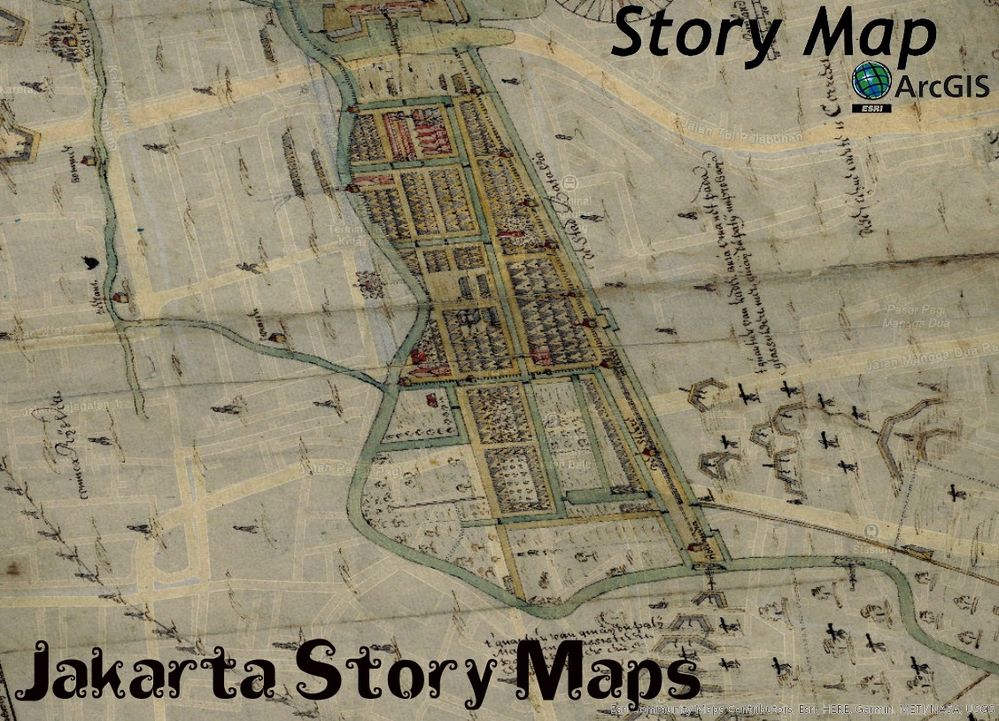 Over the months of June-July 2021, an enthusiastic group of IHS members took on the challenge of doing intensive research on several 17th to 19th-century colonial digital maps of Jakarta (Batavia). The maps were georeferenced and ‘storymaps’ developed using ArcGIS, a mapping and publishing platform. During the workshop, the participants focused on a place on their map which had a story to tell relating to Batavia’s rich heritage. The maps were not just a starting point for their research but also digital content, manipulated through GIS apps in order to spatially locate Batavia’s lost landmarks in the modern city of Jakarta. The outcome was a mosaic of narratives, stretching from Dutch, Chinese, European, and Javanese heritage, which, put together, presented us with a highly multicultural trading center.