I'm creating a survey using Survey123 Connect that needs to go out to a variety of submitters via the web browser (not the app) and am having multiple issues with the map in the geopoint question. I've tried using both World Street Map and OpenStreetMap basemaps in Survey123 Connect when creating the survey, but when I publish it and share the link the basemap that shows up for users is always USA Topo Maps. The basemap looks awful when zoomed in close, doesn't have nearly enough street-level detail, and doesn't allow our users to zoom in nearly as far as they need to. Additionally, the functionality users have is completely different than what I have when I preview the form in Connect. The pin point looks completely different, and even the way that users zoom in a click is completely different. In the "Form Preview" in Connect, I simply pan the map until the crosshairs are over the spot that I want, and I can easily zoom with my mouse wheel. In the interface that my users see, they can pan the map but have to click to again to move the pin point, and when they try to zoom in and out with the mouse wheel the map says "Use cntrl+scroll to zoom the map."

I'm seeing the same thing you are but don't have any answers.

You might want to ask/search in https://community.esri.com/groups/survey123 for more visibility.

With regards to the basemap selected in Connect differing from the one seen in the web app, this is being addressed in the future.

The difference in interacting with the map and selecting a point location is expected and comes from the different contexts of working inside a dedicated application and working inside a browser, where the web app may be embedded within different web pages - many of the differences are to prevent the map from leaving the user in a situation where it isn't possible to return to the rest of the page, while that cannot be the case within the field app.

Thanks for the response, at least I know I'm not doing something wrong. I'm actually viewing it on a desktop browser, not a mobile device, since most of our users will not be using a mobile device. It's frustrating that when I create a survey using the Survey123 web app, the geopoint question basically the same for end users as it is when I make it (i.e. shows up in other people's browsers as World Street or OpenStreet), but when I create a survey in Connect there's a disconnect (ironic) between what I make and what the users see. Unfortunately I need one specific functionality of Connect and have to use it.

Are there any updates regarding this issue? I am also getting the same issue. When I publish a survey using Survery123 Connect, with either the World Street or Topographic, I get the USA Topo Map in the web browser version. One workaround I found to change the USA Topo Map into the World Topographic is to republish the survey online. But I do not recommend to use this workaround as the map, but not the lat/long fields, disappear from the mobile version. You can get the map to appear back again in the mobile version if you republish it from Survey123 Connect, though the USA Topo Map appears again on the web browser version.

Any help and updates would be appreciated!

I am also looking for any updates to this issue or a general time frame we can expect this issue to be resolved in?

We should simply be able to specify an AGO webmap/basemap and geocoder using ULR parameter specification in the Survey123 Connect XFORM. The map settings in the survey123 connect app are not very reliable. I have been pretty frustrated trying to use this functionality here in New Zealand where we are unable to use our organisations default basemap and geocoder (both public enabled) for public survey webform users.

We are seeing the USA Topo Maps issue as well, in multiple surveys from users across our department. A lot of our surveys for the general public are intended to be completed via web browser, and it's a bit frustrating since it seems to be something introduced in one of the more recent Survey123 updates, as some of our older surveys are working fine and still show ESRI Streets or Topographic.

If it was always defaulting to ESRI Streets, Imagery, OpenStreetMap, Topographic, etc. it wouldn't be as big of a deal, but the USA Topo Basemap is blurry, outdated, and not very useful to general public users.

I have one survey published with 3.6 that shows ESRI Streets by default in the web browser, while the other ones published with 3.6 are defaulting to the USA Topo. I'm trying to narrow down what the difference is between them, but it looks like it might be caused by trying to set a different default basemap within Connect, instead of just using the default default. Otherwise, the one defaulting to Streets was originally published with an older version (3.4 or 3.5, maybe) and then republished later with some edits using Connect 3.6. I'm wondering if there's some underlying setting or code still leftover from getting created in those earlier versions, but I'm not sure what (if not everything) gets overwritten when republishing an existing survey from Connect.

Seems related to this bug which is currently in the product plan, so hopefully it gets resolved soon. At the very least, please have it default to World Topographic or something, if we can't specify a basemap in particular lol.

If I understand the problem and that is the same I run into then if I republished the survey from web designer (I only adjusted the theme settings as the survey was published from Connect) the basemap from Connect settings was applied in the web form!

Maybe this helps for now. 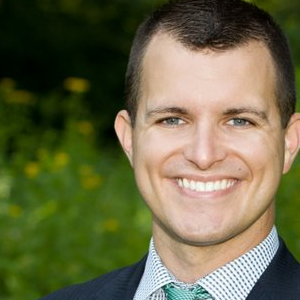 We experience this issue as well where the map selected in Survey123 Connect is not the same map that displays when the survey is published in accessed in a web browser. Has set us back. Will plan to use something other than Survey123 if we can't find a solution with this or one of the older versions of Connect.