To verify and test a few things, I came up with a 3D visualization of Hidden River Cave, located in the town of Horse Cave, Kentucky. Click the Slides to view the cave from various perspectives, or use your mouse to explore the cave interactively. 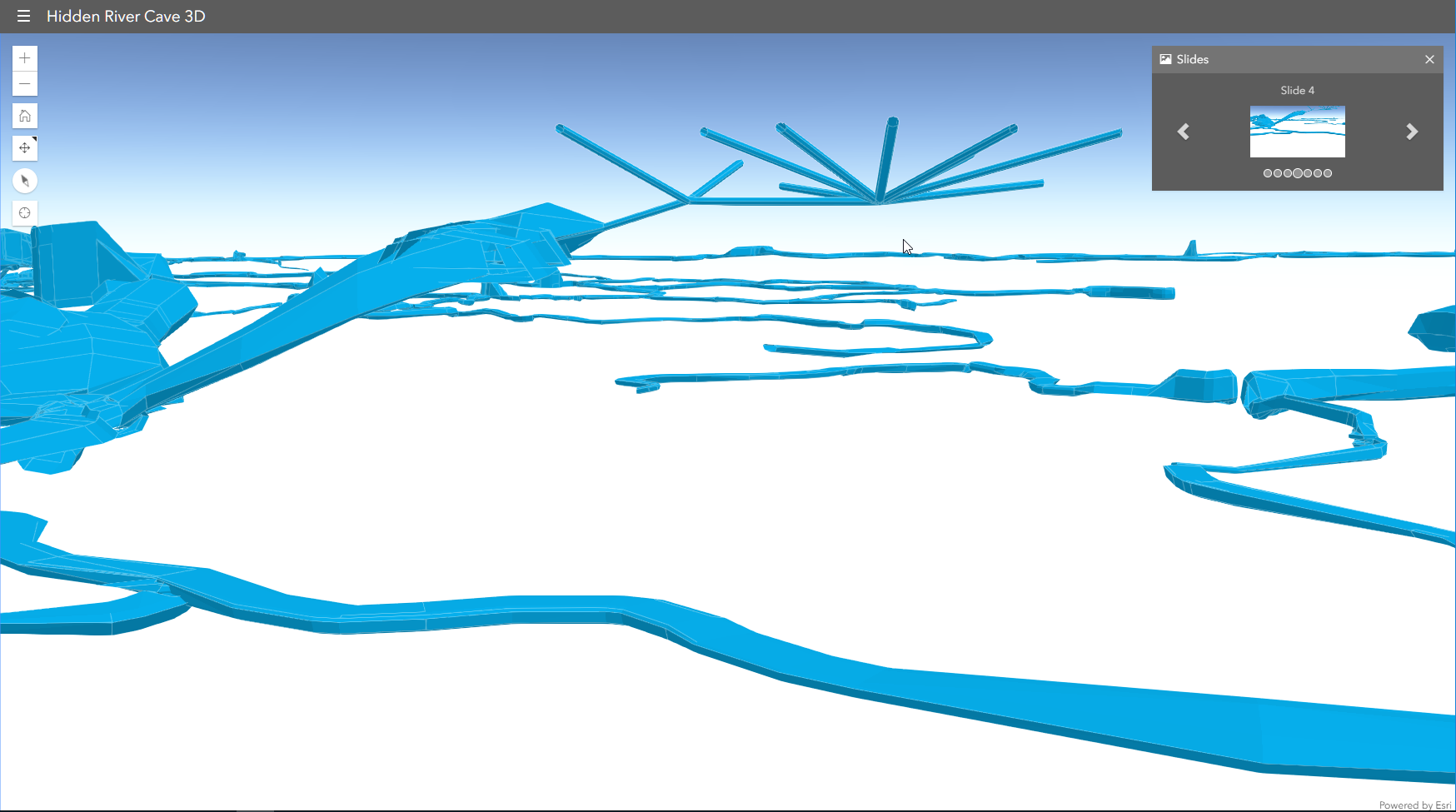 How it was authored

The cave survey data is courtesy of the Cave Research Foundation, with thanks to Dave West, CRF Eastern Operations manager. The cave survey data was entered, managed, and exported as a multipatch shapefile using Compass, one of the more ubiquitous cave survey editing, management, and visualization programs, used widely in the U.S. and also in other parts of the world. Authored by Larry Fish, the software is downloadable from the Compass Cave Survey Software website.

Once exported, the multipatch was added to a scene document in ArcGIS Pro. Using Pro, a scene layer was published to ArcGIS Online, and used to author a web scene using the Scene Viewer.  Slides (captured specific views of the cave) were saved using the Scene Viewer. The scene was then shared in the application linked above - the Scene Styler, a configurable app used to present web scenes to a broader audience.

About the Author
Esri tech evangelist and product manager. On a good day I'm making a map. On a great day I'm on one. @bernszukalski bszukalski@esri.com
Labels