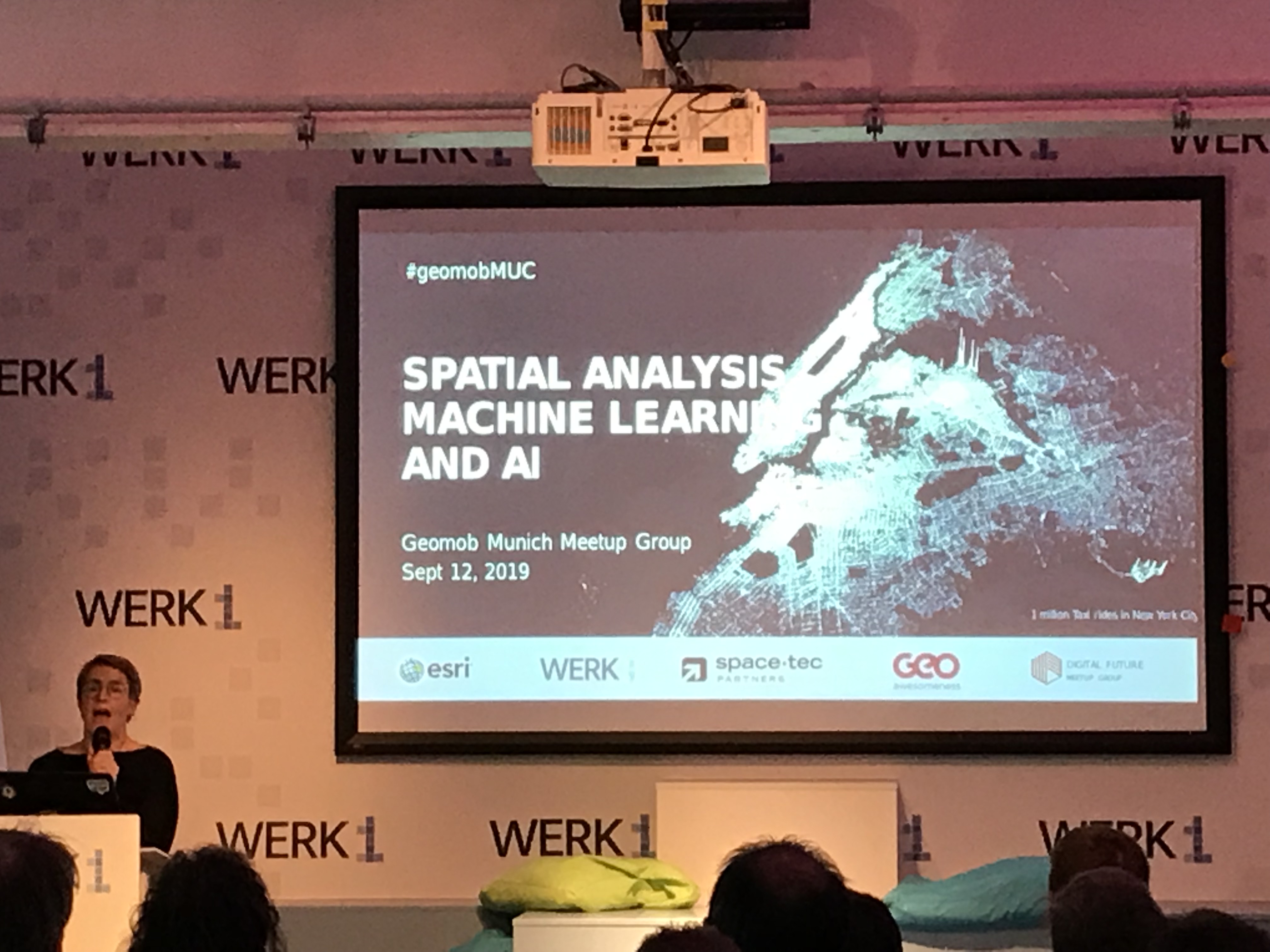 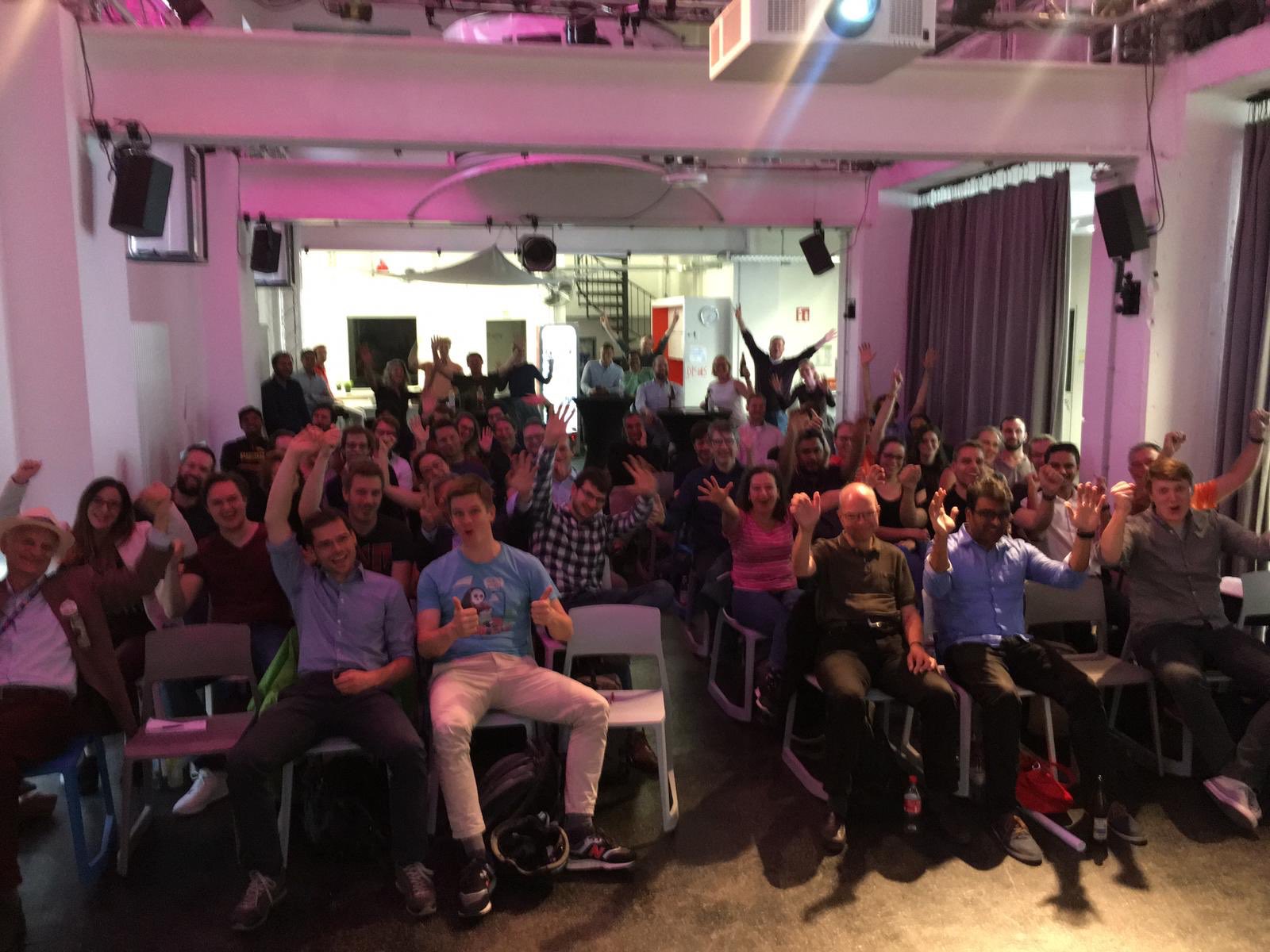 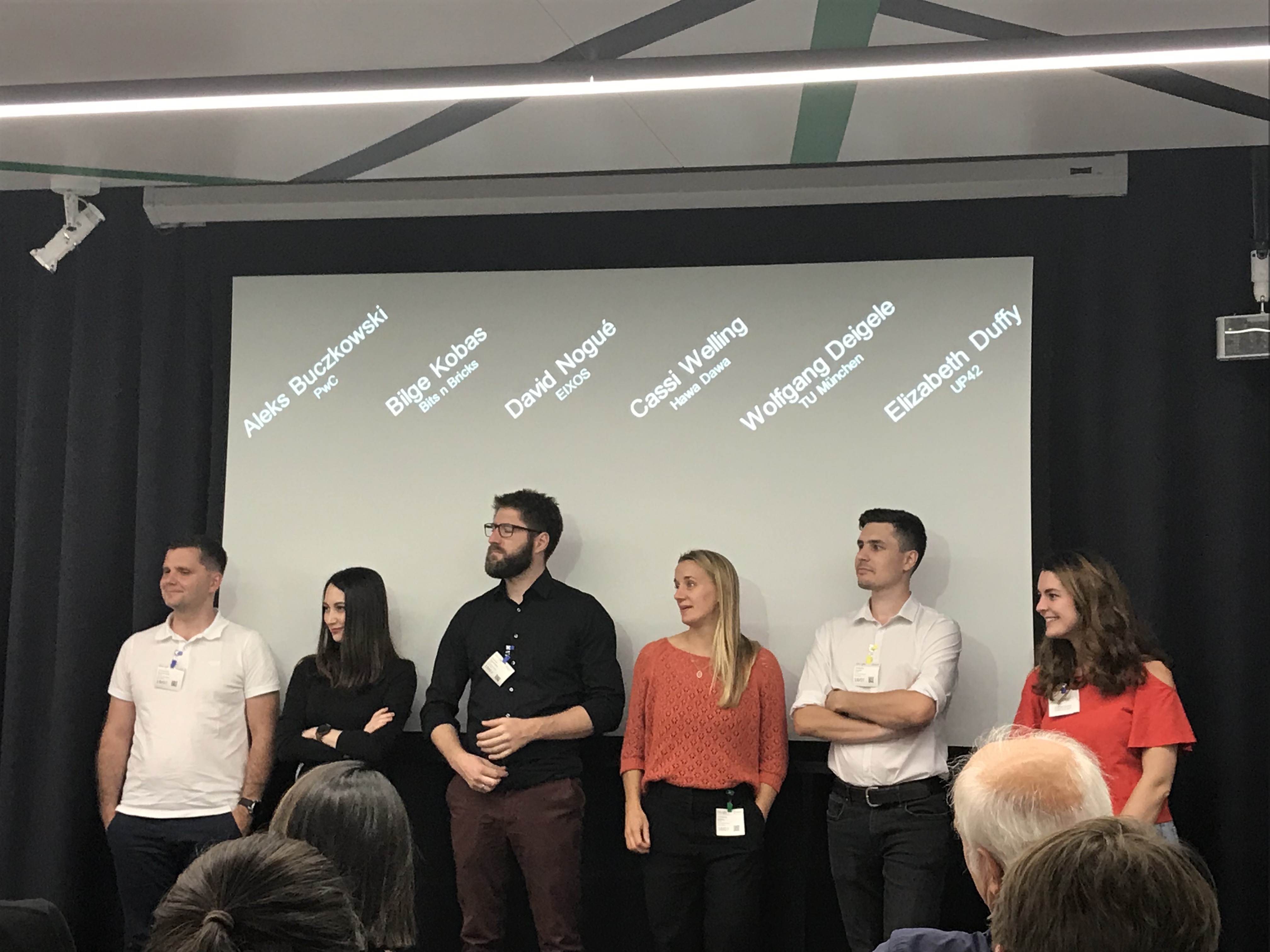 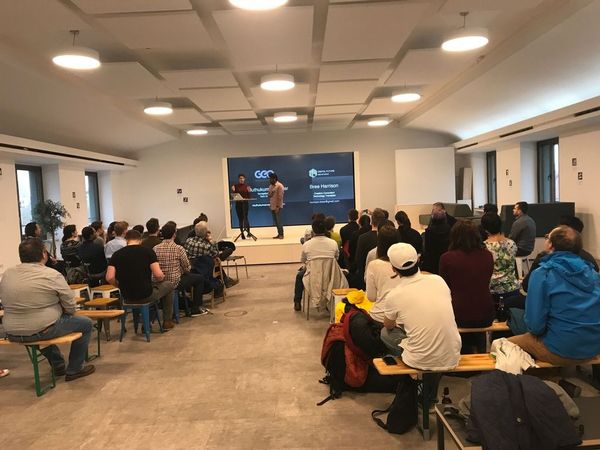 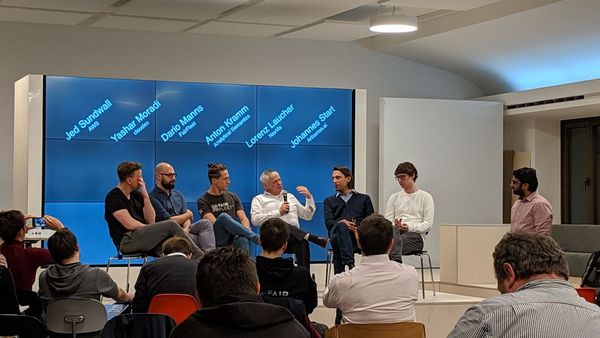 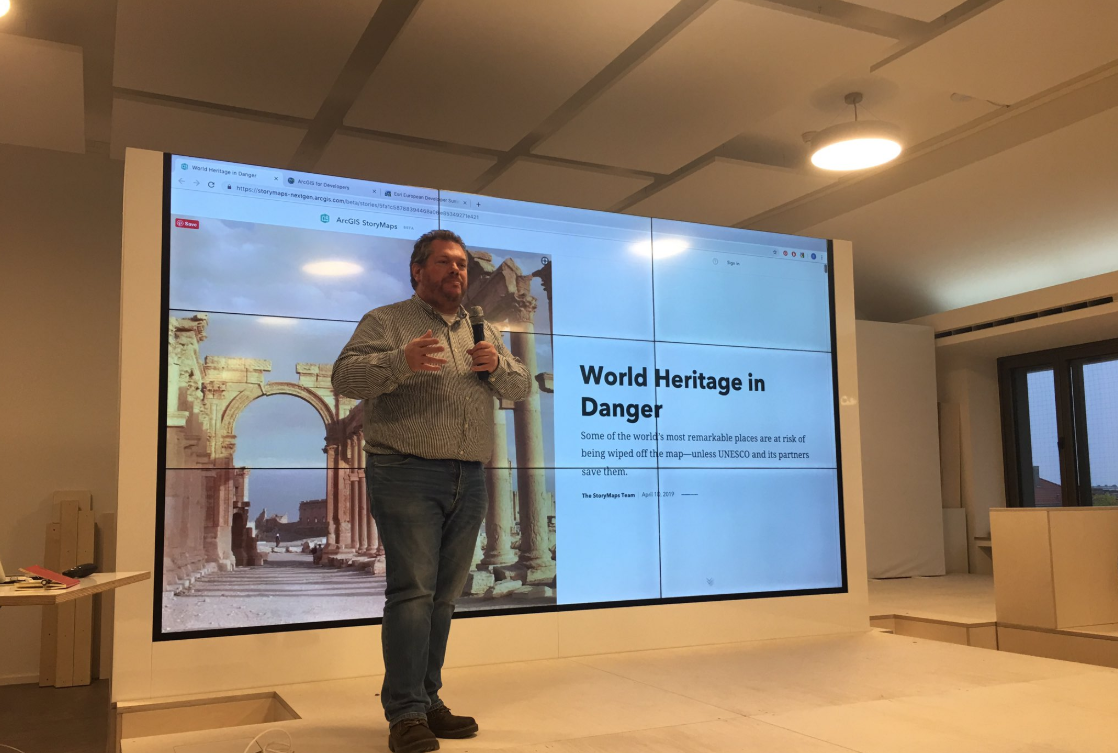 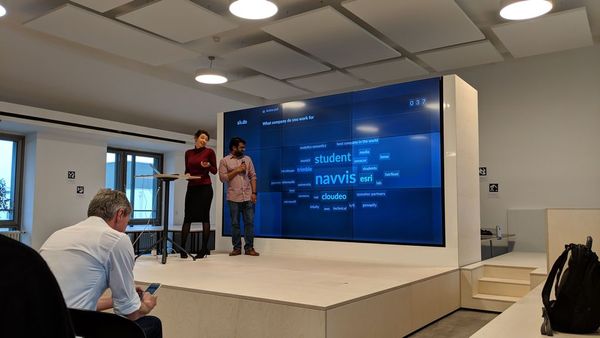 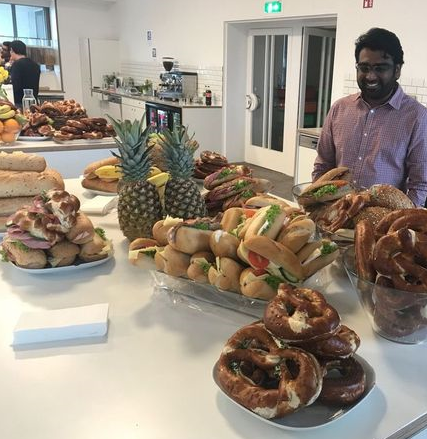 Since 2006, the Esri DevSummit Europe has been the largest, longest-running conference for developers building next-generation apps with advanced GIS technology.

Yet it's more than just a conference--it's a productivity event. After all, you are building apps that help millions of users successfully better our world, in so many different ways.

Berlin is where the brightest minds in geodevelopment gather to take users inside the future of app-building with location intelligence. This starts with hands-on training on the latest tools and advanced technology, enabling the user community to continue doing great things.

The growth of ArcGIS, and what it can do, is growing at a break-neck pace. Given that It will have been six months since the Developer Summit event in Palm Springs, California—and six months until the next one—there is so much that you will be seeing for the first time in Berlin.

Your attendance is critical to ensure you are aligned with Esri, as we move forward. There’s no other event to learn and get hands-on with the latest capabilities and functionality of ArcGIS, directly from the lead developers who are building the technology.

GeoDev Meetup "The Power of Scripting"

Last week we have been hosting our last geodev meetup for this year. The topic this time was "The Power of Scripting" and it was all about automating your work, be it analysis or administrative talks. It turned out that December 6th (aka Santa Claus) was not a perfect timing, so many thanks to those of you who made it anyhow! And for those of you who couldn't make it, don't worry, we've got you covered with recordings.

Social media has become prevalent in the last decade. People publish various topics, for instance food, work, traveling, sports, health, on a variety of social media platforms on a daily basis, which reflect a wide range of socioeconomic phenomena and human behaviors. The rich social media data can also be used for traffic information extraction and analysing. For example, where and when do people complain about public transport services? How is traffic congestion related to traffic accidents? Which kinds of people activities are related to traffics. Ming such information is very interesting and challenging. In this talk, we hope to provide you solutions for events extraction from textual data and innovative ways of geo-data analysing.

Jan Wilkening, Esri Deutschland: R for GeoGeeks - The Interface between R and GIS

Interesting things happen at the interface of GIS and the popular scripting language R: GIS users can profit from the broad range of publicly available R scripts, while R users can profit from the power of user-friendly GIS. This talk shows GIS users what R is and how they can use it for their daily work. For those more familiar with R, the talk will also highlight how R users can enhance their R routines with GIS.

The powerful ArcGIS API for Python lets you script and automate tasks in ArcGIS using a Pythonic library. With the Python API, you can streamline data analysis, content management and web GIS administration. This lecture will give you a brief overview of the possibilities based on some practical examples, e.g. the convert of OSM data using the OSM API to ArcGIS feature services. 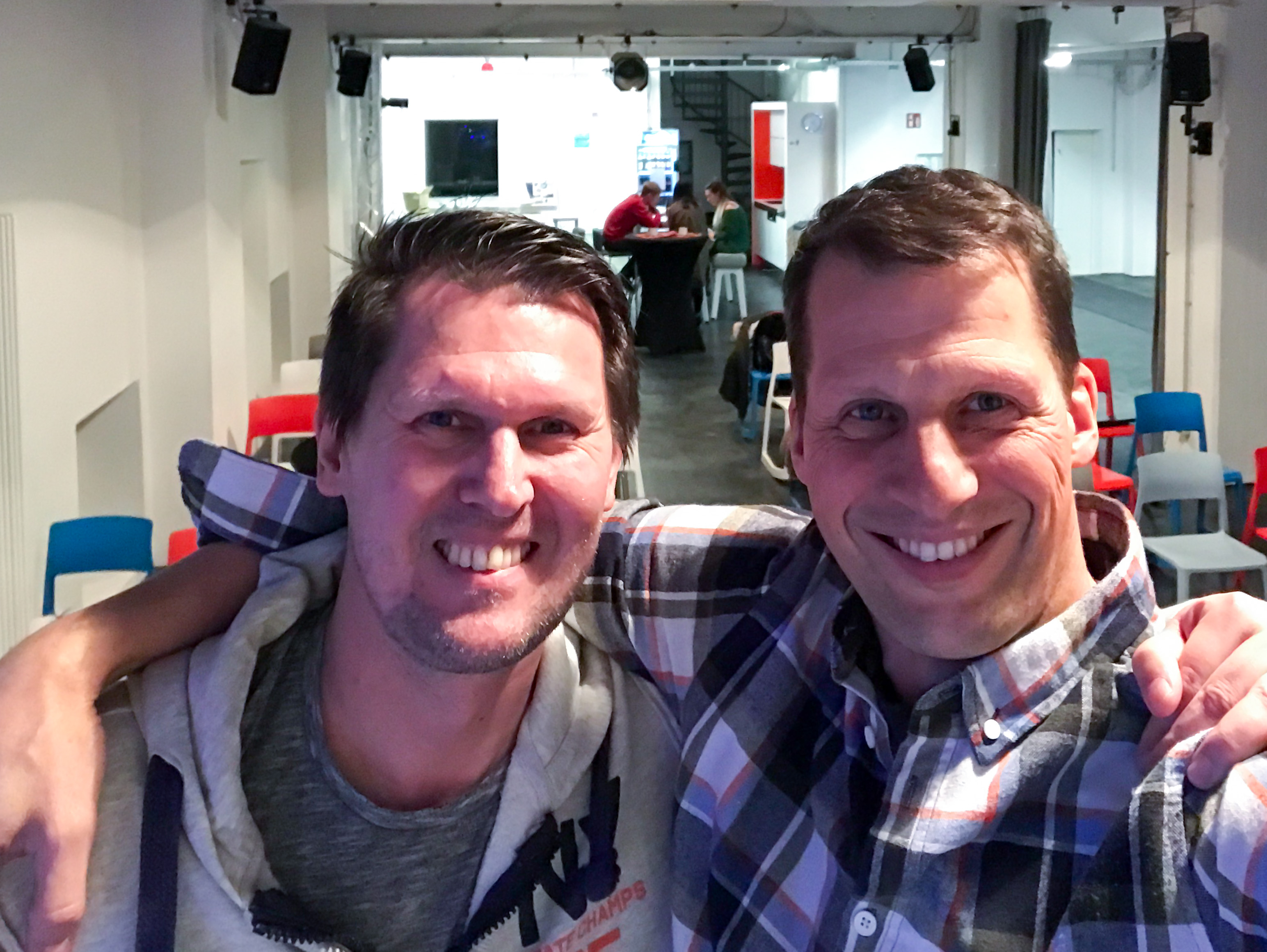 Wherever many people come together, challenges arise. Both in outdoor areas, but especially within buildings, it can quickly "bump" somewhere. This is not uncommon in major events such as concerts or sporting events with several thousand visitors. But even with a few hundred people, the single toilet can be crowded before, or provide a lecture room not enough space for all participants.

Would not it be nice to be able to see live on a map of the building, how crowded a specific place is, if there is still space available, and whether it is worth taking the road at all?

And would not it be nice for the organizer to always have an up-to-date overview of the utilization of individual areas of the building during the event, and perhaps proactively avoid bottlenecks?

Would not it be great if you could use the results of a current event to be better prepared for follow-up events?

This is precisely the question we asked ourselves in advance of this year's Esri Developer Summit in Berlin .

Together with our startup partner, Square Metrics  , we have developed a demo scenario in which iBeacons are used to measure the occupancy of specific locations in the building by measuring when and how often a particular beacon is triggered by the approach of a participant becomes.

The (anonymous!) Information sent by each beacon was first sent to the Proximity DMP of Square Metrics, where the individual beacons were registered and organized. From there, every single event was sent in real-time to the ArcGIS backend, where a GeoEvent server received the information, evaluated it in real-time and saved it for later analysis. The following graphic shows an overview of the components used and the interaction between them. 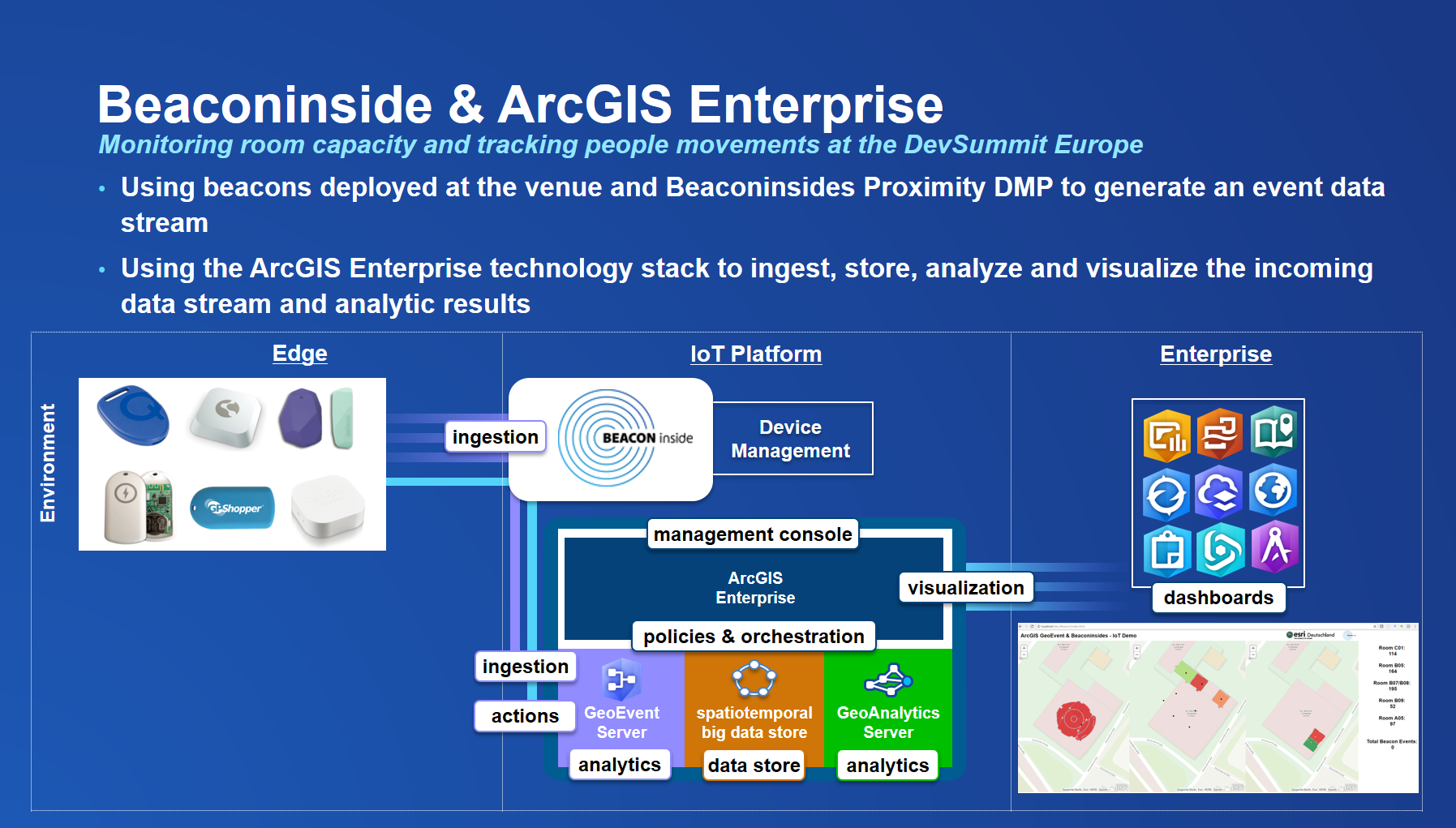 The graph also makes it clear that ArcGIS Enterprise can be upgraded to a full-fledged IoT platform in conjunction with external device management .

This allowed us to show on a map how many times a particular sensor was triggered, both when entering a certain area and when leaving it. If you now place a beacon in a room, you can quickly calculate how many people went in and out at a certain time. Compared with the actual capacity, one can quickly create an indicator that indicates whether a particular room is overcrowded or whether there are still free seats available. 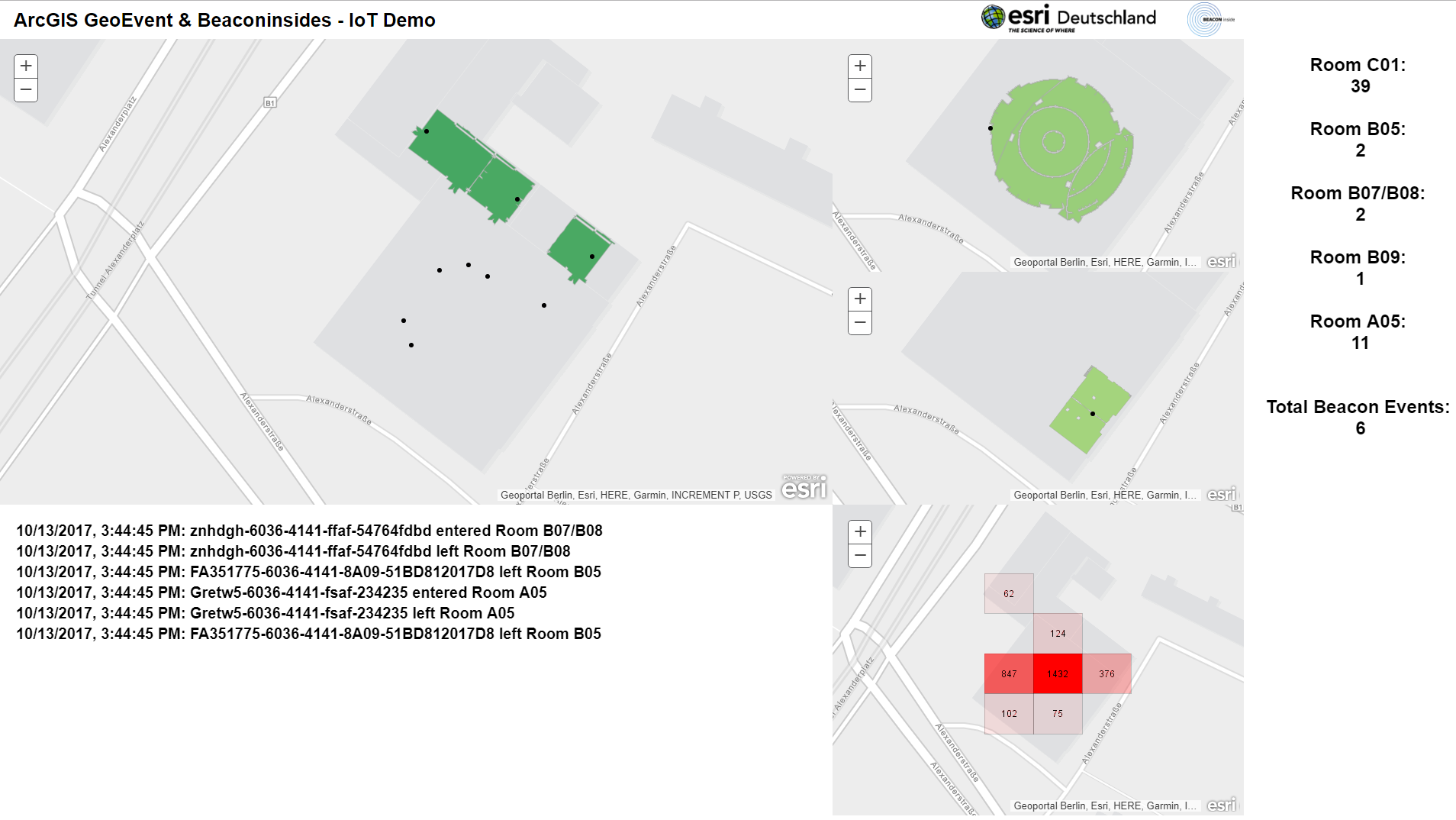 Hotspots and coldspots can be identified quickly and thus conclusions can be drawn as to which lectures are good and which are less well received by the audience. 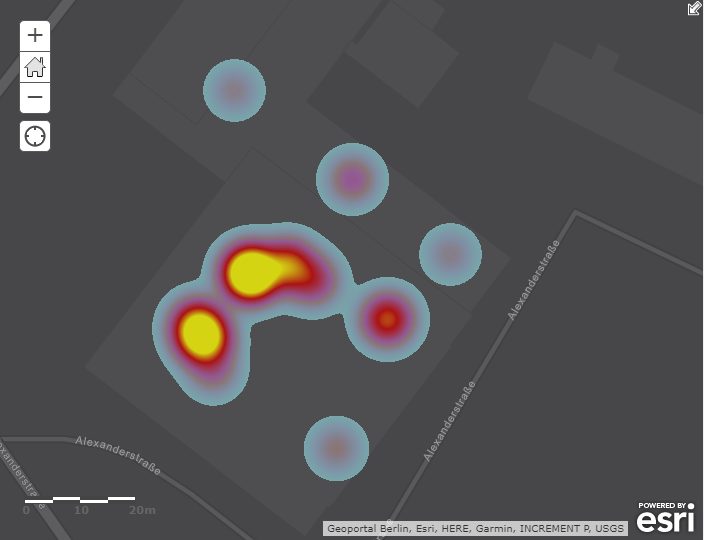 Taking into account not only a single beacon, but all the sensors distributed in the building, you can even detect motion profiles, for example, whether or not there is a connection between certain places (and content presentations). For example, did a Javascript developer also attend .NET lectures, or was he in the cafeteria at those times?

With all this information, you can react to specific events during the event and then analyze the current event so that the following events are adapted to the behavior of the participants.

No more congestion in front of the toilet, always a free seat in the lecture - it does not have to remain a utopia: with iBeacons and ArcGIS as a real-time IoT platform! Are You New to GTFS Data? Here's Everything You Need to Know