As part of the ECGISAB I will be trying to post periodically about the projects that I have underway here at The City of Sandusky.

Today I would like to put forward the second largest GIS system that we have currently up and running within the city. The hydrant inventory began as a Fire Department project during my stint as a part-time employee here at the city. 3 guys from Fire agreed to take their phones and a collector app out and pick up as many hydrants as they could. In three days they collected everything you see below:

The above image is where the hydrant inventory stayed until about a week ago. Water Department came to me and said that they were going to start hydrant flushing soon and would like to utilize the GIS capabilities we had talked about months ago. Today we have a beta system in place that is being used in the field as I type this. The workflow looks something like this:

All of this takes under five minutes. The Geode unit connects to the tablet via blue tooth, and is rugged enough to take a beating in the field if surviving a fall off of a truck bumper into the roadway is any indication (my guys are pros at field testing tech, very thorough). The tablet handles all of the apps; Collector, Survey123 and GeodeConnect.

So far it is working remarkably well, and the guys in the field aren't too inconvenienced by it. The first run will be the hardest, there is lots of data to collect, but the consensus is strong that once it is finished it will be well worth it.

I'll dive a little deeper into the inner working from here out. Mostly pictures below: 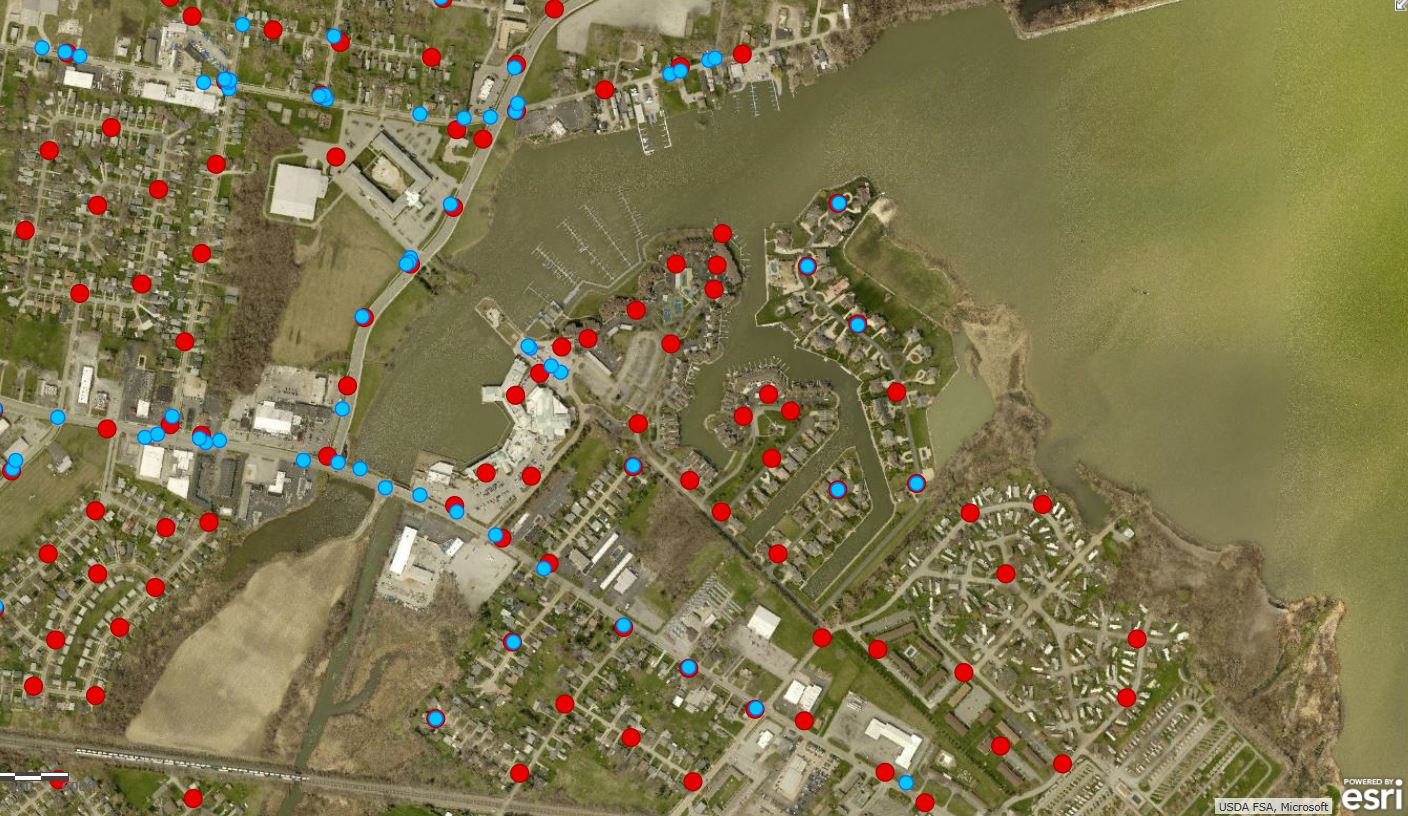 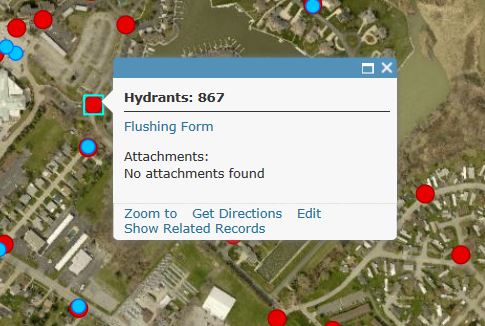 The Survey123 Form is linked directly from the hydrant pop-up. There is a nifty bit of formatting you can do that will auto populate fields within the form to reduce data entry and error. For this form the hydrant ID number auto populates to tie the records. 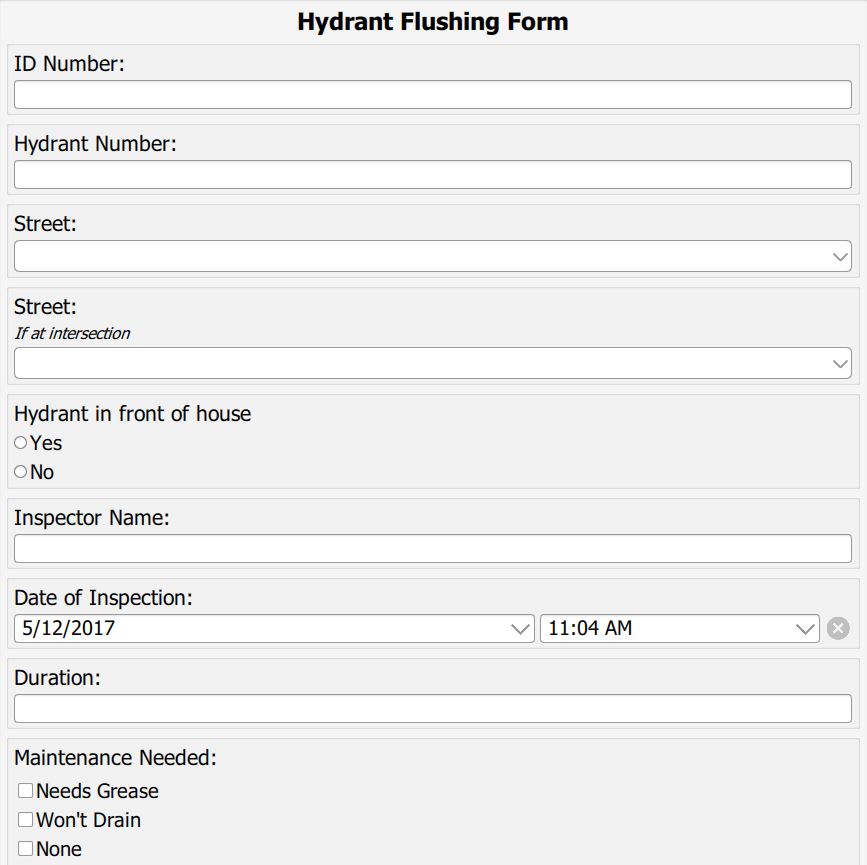 I will eventually need to restructure the hydrant point file schema to better reflect the workflow for the guys. There has also been a request for a maintenance ticket related table. Just goes to show that a health application/system is always evolving to fit the needs of the user.

I am happy to answer and questions about the structure or share resources with anyone who might want them .

Really nice work!  Thanks for sharing.

Quick question: Does the content from the Hydrant Flushing Form get stored as a new related record?

This is a very interesting combination of Collector and Survey123. I  wonder  if you are  also considering using Workforce for ArcGIS and Navigator.

Thank you Ismael! I couldn't have put this together without all of the wonderful documentation and blog posts available on Survey123.

Right now it does not store the data as a related table but that is something that I would love to work on if there is a way to do so. At the moment it is a Survey123 Flushing Form that the field guys just follow a link to. I was able to use one of your posts about Survey123 to auto populate the Hydrant ID number into the form so that we can relate the records back should we need to look at them.

The way Survey123 breaks down the data is extremely helpful to our Water Department guys. It allows them to see what problem areas exist and informs their workflows for hydrant repairs.

The goal is to ultimately tie in both workforce and navigator to this system, but the GIS program here at The City of Sandusky just started back in August 2016. We are taking baby steps and focusing on collecting correct data before integrating more app solutions

(The guys are very open to new technology but I would hate to sour them on too much!)