Analyzing the Mean Center of Population Movement for Individual States, 1900 to 2010

Esri Frequent Contributor
0 0 829
In my last blog, I discussed a new lesson and data set, entitled “Population Drift: Mean Center Analysis 1790-2010” in the ArcLessons library, which uses spatial analysis, spatial statistics, and GIS to determine and analyze the population centers of the USA and individual states over space and time, from 1790 to 2010. One of the most fascinating parts of this lesson is examining the movement of state population centers. 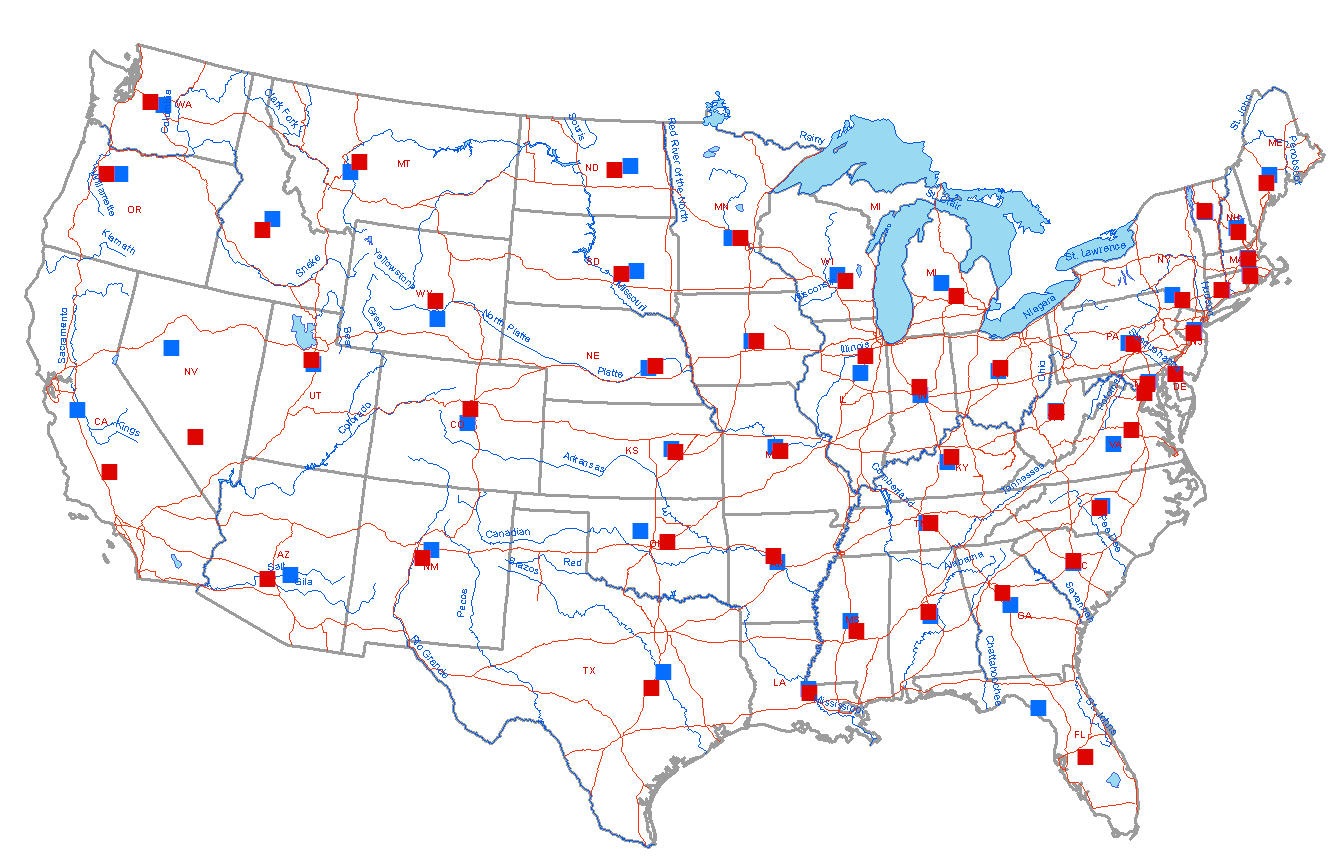 This map shows the movement of mean center for each of the 48 states from 1900 to 2010, with the 1900 center shown as a blue square and the 2010 center shown as a red square. Nevada’s mean center of population moved the farthest, making a beeline north to south from the mining areas near Virginia City in 1900 toward fast-growing Las Vegas. Similarly, the influx of residents to southern California and the decline of mining tugged California’s mean center toward Los Angeles, though the San Francisco Bay cities kept the center from moving as much as in Nevada. Colorado’s mean center moved from the Rocky Mountains to the Great Plains, inexorably toward Denver. In Kansas, the center moved west until 1920 as the high western plains were settled, but then reversed as a result of high plains population loss beginning with the Dust Bowl and continuing to the present day. Why did Virginia’s center move north? Why did some state centers move very little? In which state is the population center the furthest from its geographic center?