Analyzing the Mean Center of Population for the USA and States

Esri Frequent Contributor
0 0 914
Analyzing the Mean Center of Population for the USA and for Individual States, Updated for ArcGIS 10 and Census Year 2010

A new lesson, entitled “Population Drift: Mean Center Analysis 1790-2010” in the ArcLessons library (search on Population Drift), invites students to use spatial analysis, spatial statistics, and GIS to determine and analyze the population centers of the USA and individual states over space and time, from 1790 to 2010. This lesson was recently updated to include 110 in-depth questions, a very rich set of data including the new 2010 county population figures, and to use the powerful spatial statistics tools in ArcGIS 10. 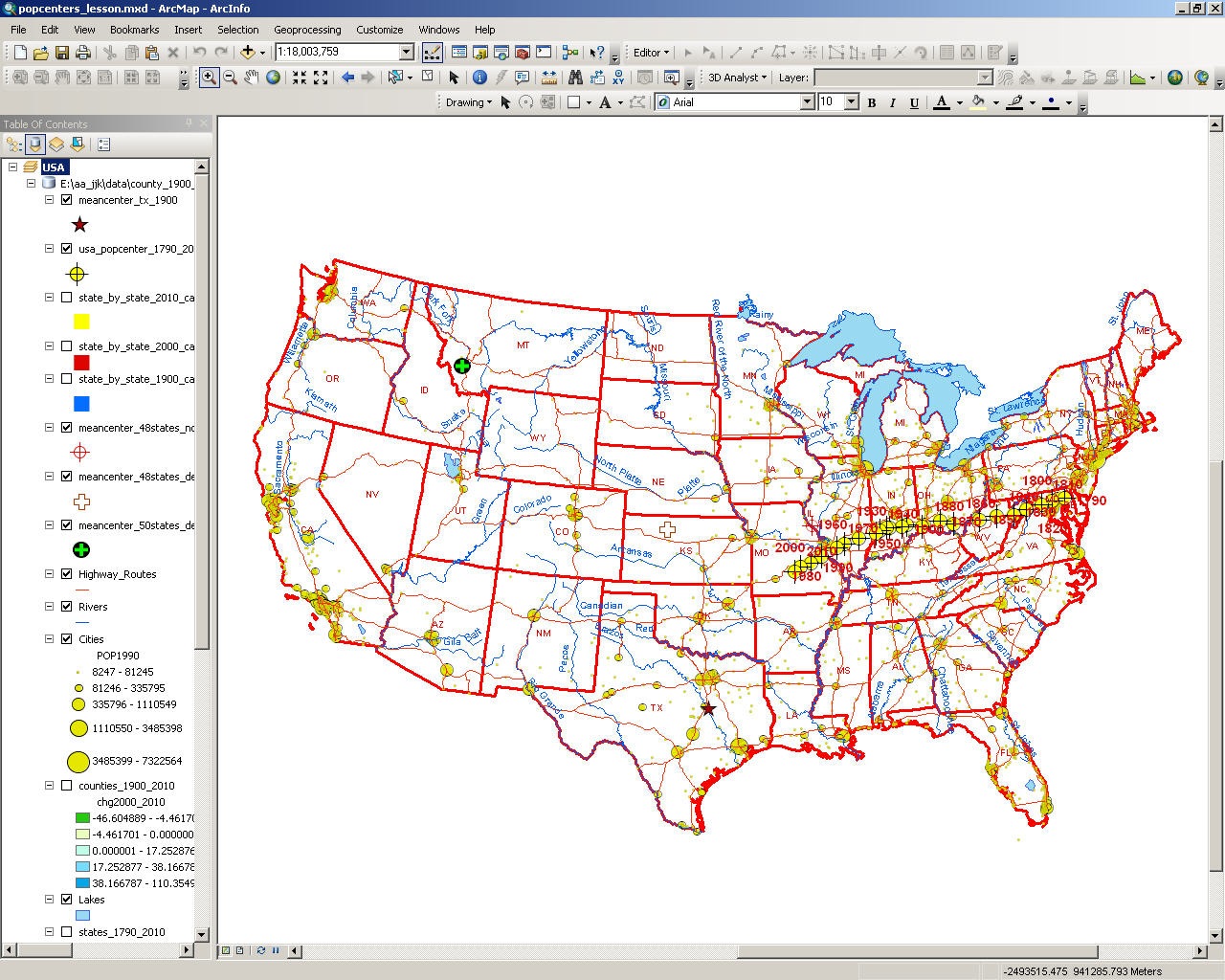 The Census Bureau recently published information on the location of the new 2010 USA center of population, as well as a series of interactive maps showing the 1790-2010 movement, on: http://2010.census.gov/2010census/data/center-of-population.php.
Linked to the page is a series of videos from Census Bureau Director Robert Groves who discusses the movement of the population center. These interactive maps and videos provide excellent supplementary materials to the ArcGIS-based lesson.

How might you use this lesson to teach about the many economic, political, demographic, and perceptual forces operating over the decades?