Error Message: The coordinates or measures are out of bounds.

Hi, I have a problem about creating new feature. I've created features with my label before but when i tried to create a new feature now it says:

"The create feature task could not completed. the coordinates or measures are out of bounds."

Do you know anything about this error? How can I fix this?

Thanks, have a nice day.

KB #30634 - Error: "Out of bounds" error returned when importing data or editing a geodatabase featu...

I’m encountering with the same issue in ArcPro 2.4.2. Why should this issue persist to exist? 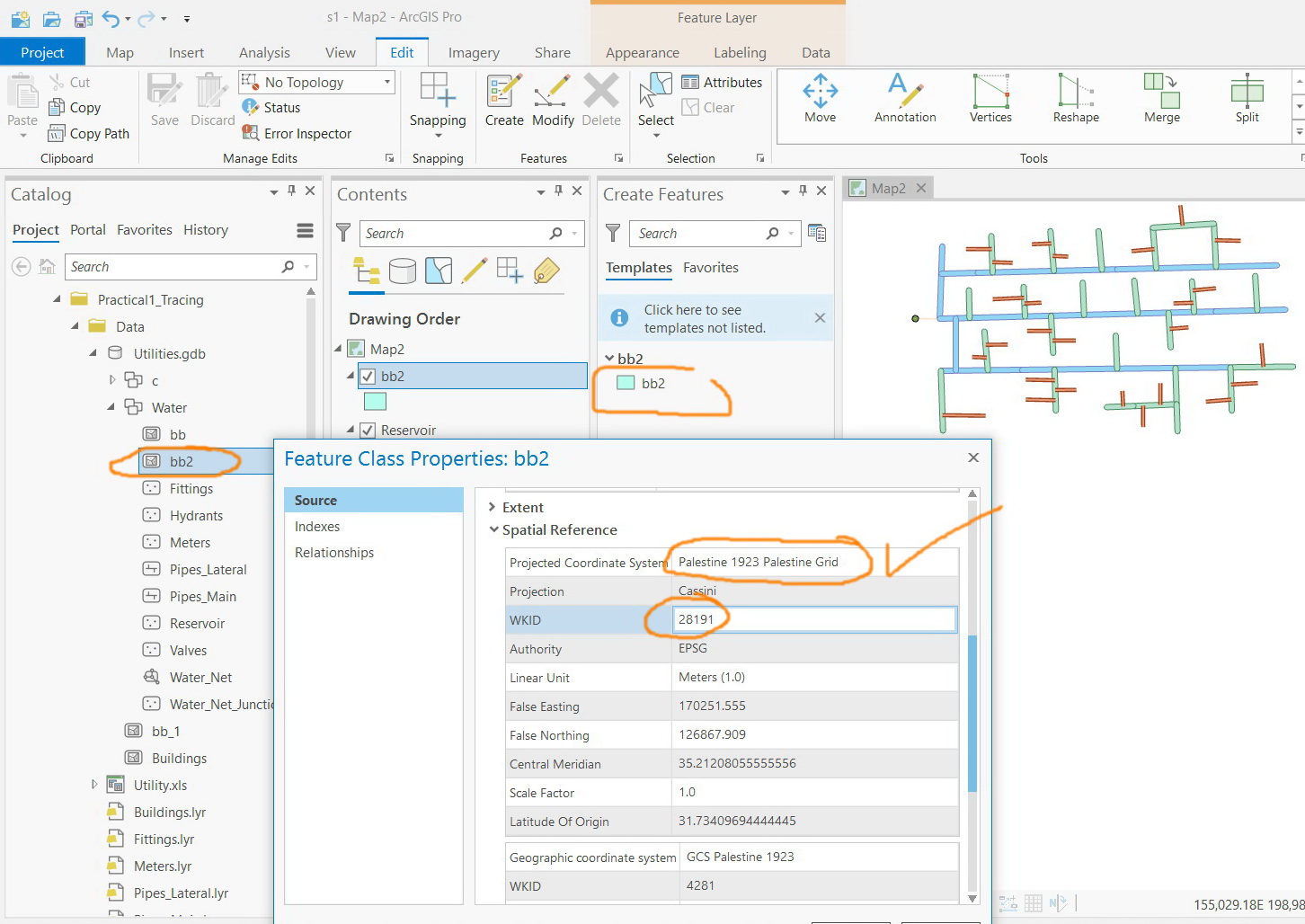 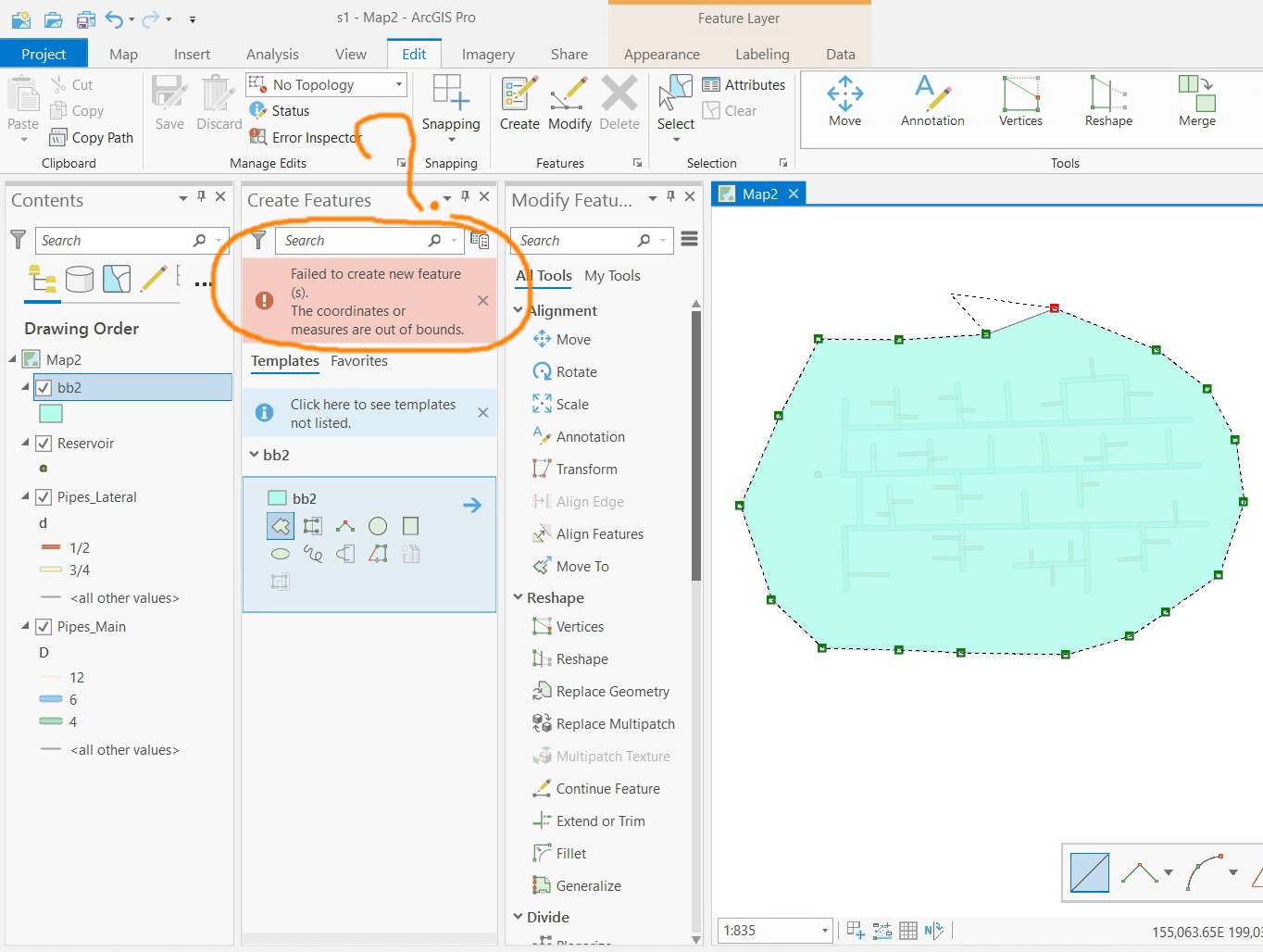 > Why should this issue persist to exist?

It would be helpful if you provided some context and details on your workflow. For example,

- How were these feature dataset and feature class(es) created? From scratch? or were the data loaded/imported from a different data source? If the latter, did you alter the spatial reference or simply load it as is?

- Is this new data and the error showed up immediately? or has this dataset been working for awhile and this error just started to appear?

- Perhaps re-trace your workflow(s) and ensure that you've defined a large enough spatial extent for the feature dataset?

- Is this a geometric network or the new utility network? I can't tell.

Also, I noticed you posted in this thread,(again) �??The coordinates or measures are out of bounds�?�

I've referenced it here, to avoid duplication of efforts.

Manty thanks Derek for the efforts. 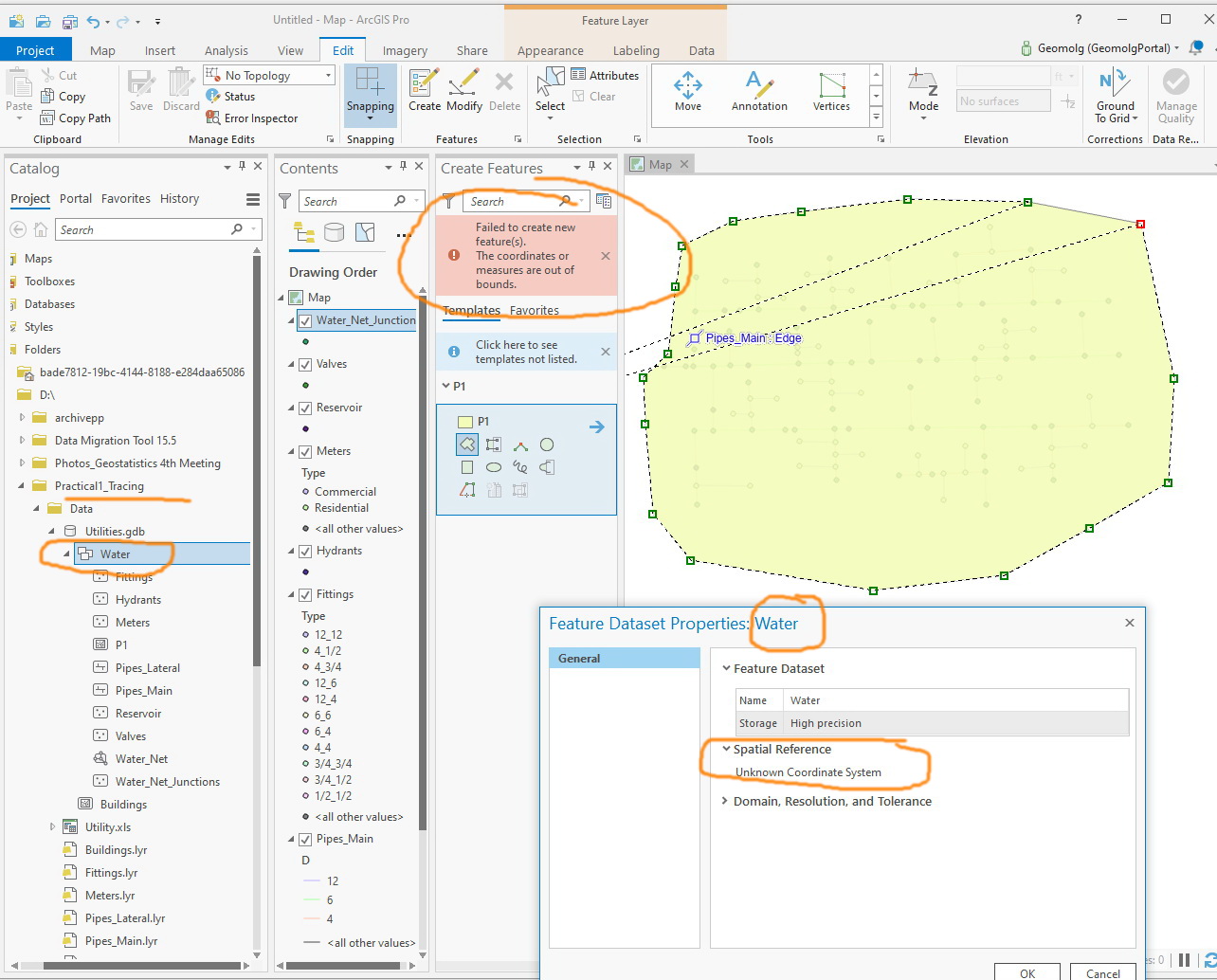 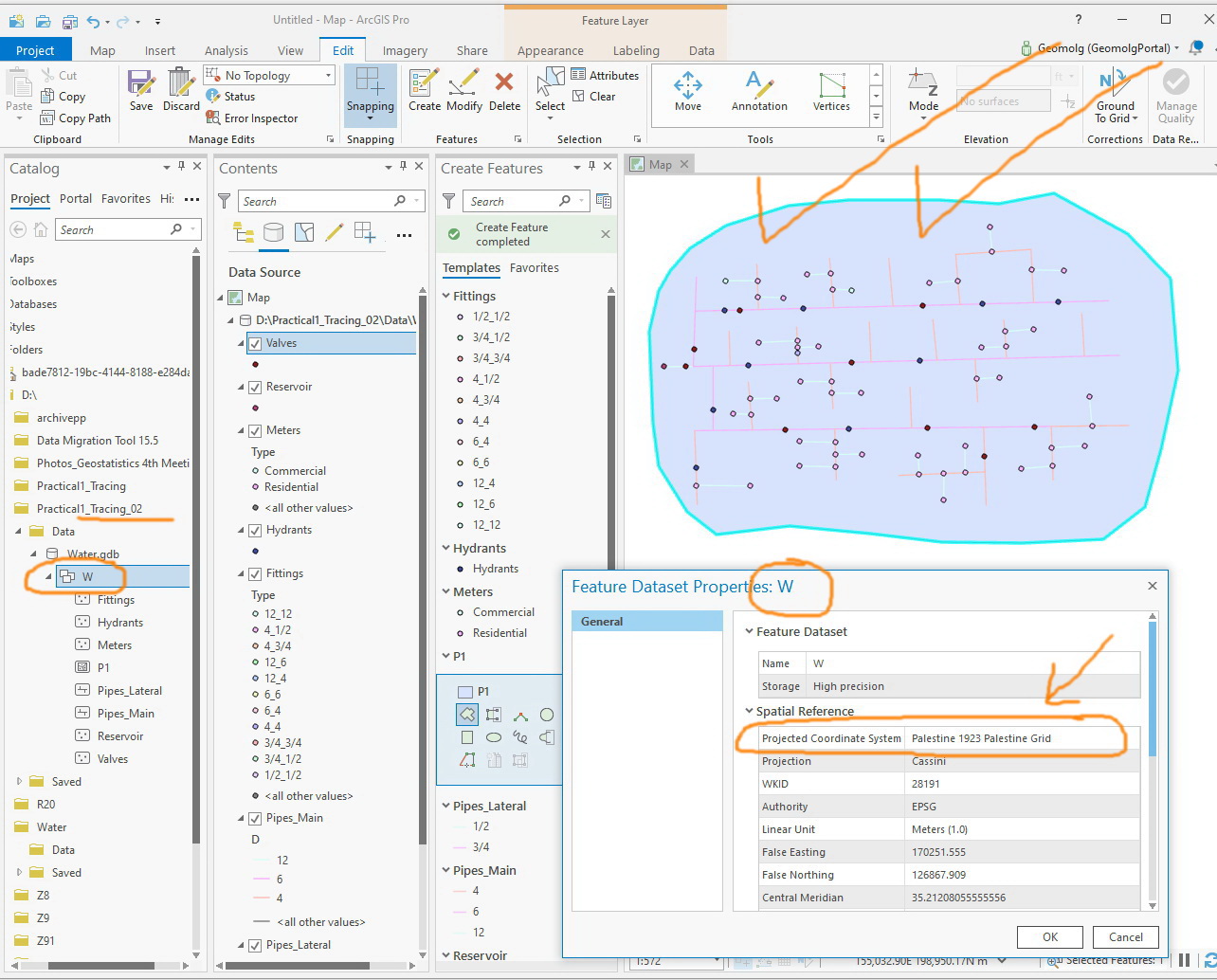