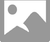 I have a dashboard showing the responses from many different users in an application. This dashboard uses the same gauge pointing to each individual's feature service, like this: 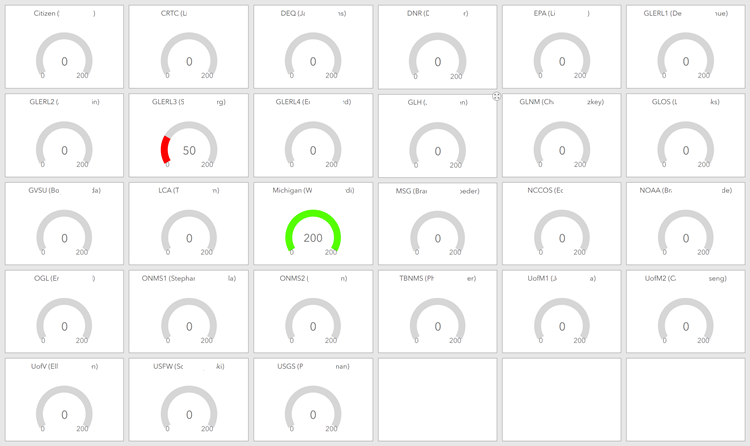 I like how the new dashboard does include this.

This also shows up now when I want to change the layer, which is quite helpful. 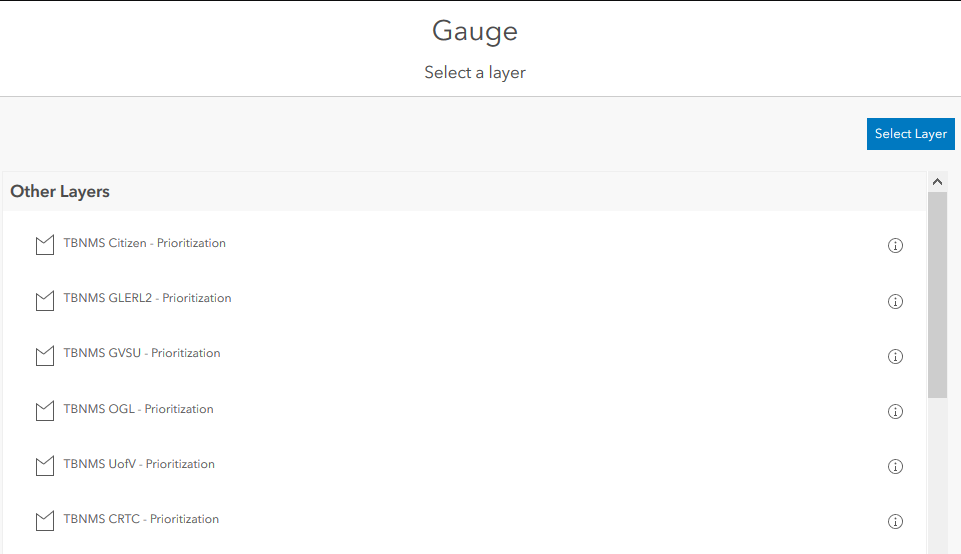 I like how you've put percentages on the resizing handles, so I can make them the same size. 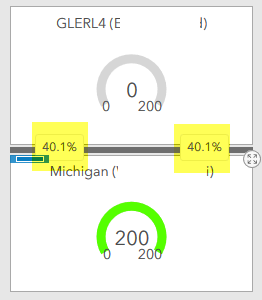 However, I still don't like it when everything in a column gets resized unequally when I drag a new item into it. I have to go back and resize everything. I'd love a way to equally size everything. 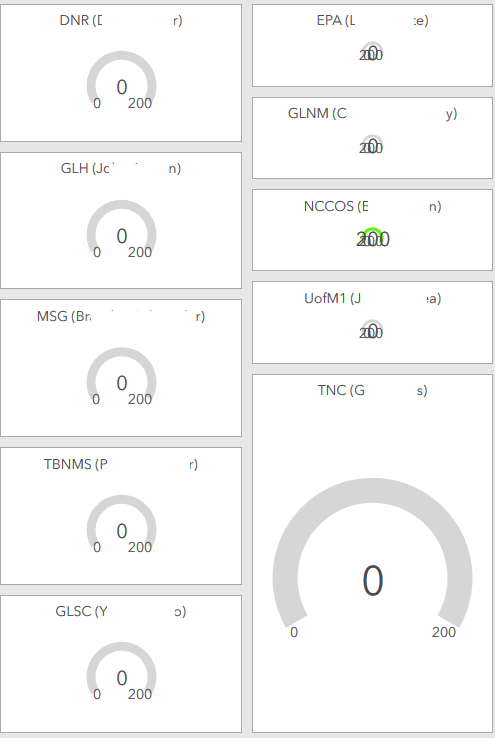 Thanks for sharing your initial impression. Indeed ArcGIS Dashboards beta includes a few usability enhancements to help make the authoring process much easier. We will look into the issue you brought up related with resizing the rest of the elements when adding a new one in.

As I began playing with the beta version, I was surprised to see that I could not choose my tables as my data sources. The map I chose to use has four tables, 3 csv and 1 xlsx. These work fine in normal dashboards, so I am hoping this is a functionality that will later be added.

Additionally, will arcade be supported in charts? I see the option for indicators and lists, but not in charts or gauges. The map I threw in to dashboard beta has layers that I do not own, and thus have no control over how the data is presented. There is a lot of relevant information I wish to show, but cannot. Using arcade to separate and categorize the data as I need it to be presented would be wonderful, but I simply do not see the option. I have not tried using arcade yet in indicators and lists, so I can't comment on the actual functionality yet.

The pop-up selection color is very transparent. Can there be a way to make it more opaque and also remove the fill?

I was pleased to see though that labels were working better in the beta version. In the current version, I have a group of labels that center themselves along the coast. I imagine the reason is because there are more vertices there. It does not do it in the normal map and I am pleased to see it does not do it in the beta version as well. See pictures, current vs beta: 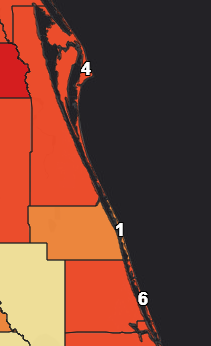 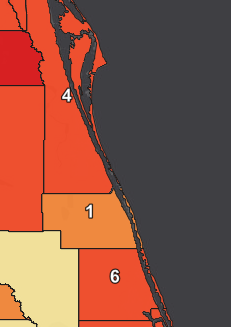 I agree the selection transparency is not opaque enough, especially when in dark theme. Nice touch being able to change the colour though, just need to be able to adjust transparency as well.

Thanks for your message. Yes the team is planning to support the table as the data source sometime soon.

Can you please elaborate what do you like to archive by using Arcade in charts or gauges? Alternatively, if you can give us an example what you can't achieve today without Arcade supporting in charts or gauges it will be helpful too. Please use a separate thread to discuss this request, and leave this one for "first impression". Thank you!

I'm disappointed that hosted table use as a data source wasn't supported with the initial roll out. Any idea as to the expected timeline of implementation? 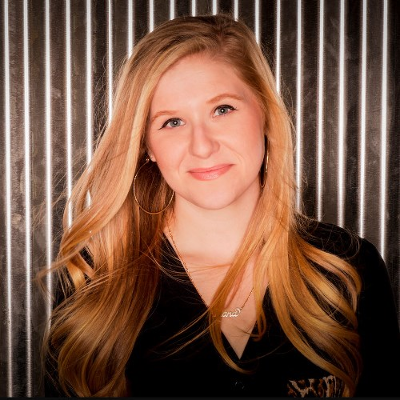 Hi Cody. We are relying on the JavaScript API, which means that tables will need to be supported in the JSAPI before we can support it in Dashboards. There is no firm timeline for this within the JSAPI. 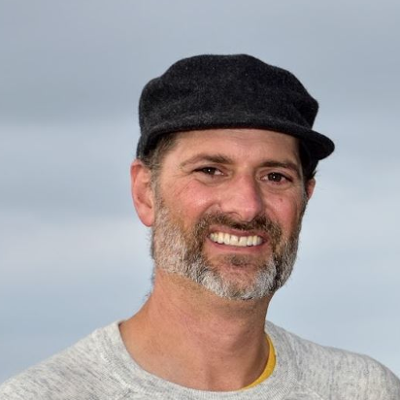 I too need tables to be supported. I have been searching for a way to calculate a statistic indicator (percent specifically) and see that it's possible using arcade but my data is in tables not featureclasses.