(part of the "Inclusive History of Conservation GIS") 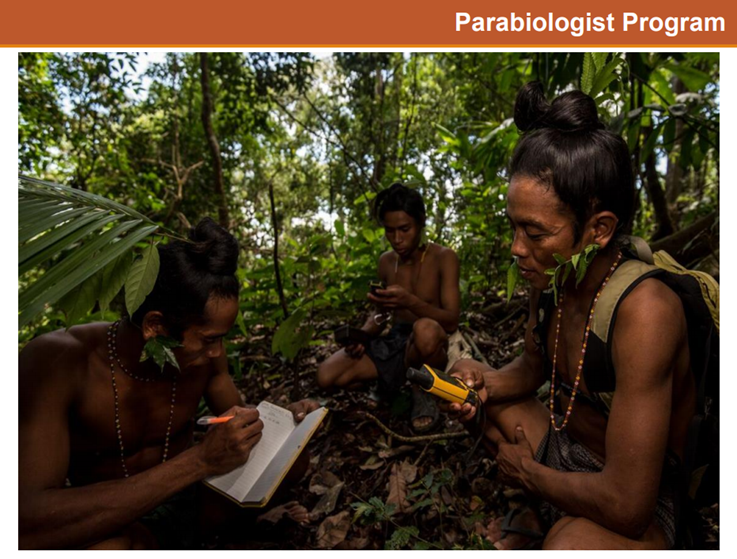 Unlike the traditional view that conservation began in the writings of a few globally important figures, I consider it's true origins lie in the beliefs and practices of hundreds of thousands of human beings as they adapted, survived & expanded across increasingly diverse habitats that began to appear after the ice ages.  What early humans learned about the essential behaviors, social rules & living traditions of their landscapes has much to teach today to a dominant society flailing and failing to adapt and survive.   Fortunately this body of knowledge is finally beginning to be recognized and valued in modern conservation and landscape planning, in an area of the profession termed "Traditional Ecological Knowledge".   There is sometimes confusion in this term with the romantic notion that indigenous peoples lived in harmony with nature.  Harmony is a concept from privileged society which is both biologically and  historically naive.  For example, indigenous cultures in my region (westernAmerica) often set fire to the landscape.  This was not normally a catastrophic practice, it was often done in small stages to help manage natural successional processes such as ensuring reproduction for native food plants which depend upon fire in order to reproduce.  Human beings were actors and agents of change in those landscapes, just like other physical processes.  However, only human beings were able to possess a sense of responsibility and stewardship about their activities in these dynamic landscapes. For those cultures who possessed this sense of stewardship, and the centuries of knowledge that accumulated because of it, Traditional Ecological Knowledge became an important body of resources management expertise.

Following these early origins among traditional peoples around the world, Conservation as an idea in written history was part of early greek & arab "natural philosophers", attempting to understand & classify the natural world, as distinct from the world of human affairs.  Separating human affairs from the consideration of nature was a schism that would characterize western science from then on.  A notable exception was the integrative work of the 9th century Islamic genius Avicenna, (see chapter 2).

Conservation as an activity upon western & European landscapes first began in the middle-ages, as monarchs set game preserves aside for their exclusive use, denying or controlling access to the indigenous farmers and hunters who might once have lived or hunted there.  The pattern of a higher power making conservation decisions unilaterally to meet their own needs, thereby denying subjects & residents representation or access, is an unfortunate aspect of much early conservation work, and one of many stains from Conservation's imperialist origins  As Annika Dahlberg said in her 2010 study: "In countries where national parks were initially created to preserve perceived 'wilderness', with decisions taken by powerful elites and central authorities, this historical legacy has prevented profound change in line with new policy directives" (Comparing access rights and ideological legacies in three countries. ." (Dahlberg A, Rohde R, Sandell K. National parks and environmental justice: Conservat Soc [serial onl.... Available from: https://bit.ly/3e92czd)

The conflict between the goals of exclusive & often privileged protection, versus the needs of landscape residents, remains a relevant topic of concern today.  Conservation policies are still often created at high levels of society, meant to address conservation concerns of national or global populations.  Yet they are often resisted by those who actually have to live in the affected landscapes, and who may not believe or share the global concerns meant to be addressed.  Sometimes the opposite is true, local populations may be first to feel the deadly impacts of a global environmental collapse, and begin the battle to address the crisis and save their homes.  But their own national governments may fail to acknowledge that a crisis even exists, and fail to support small constituencies well down the ladder of political power,.   This is especially true of the current advance of climate change and sea level rise, where oceanic islands and First Nation Arctic villages are seeing their homes and lands vanishing rapidly, sometimes under  governments who still deny that climate change is even real.

Storymap: "Telling a Story (Map): Indigenous Peoples and the Arctic Council" by GRID-Arendal 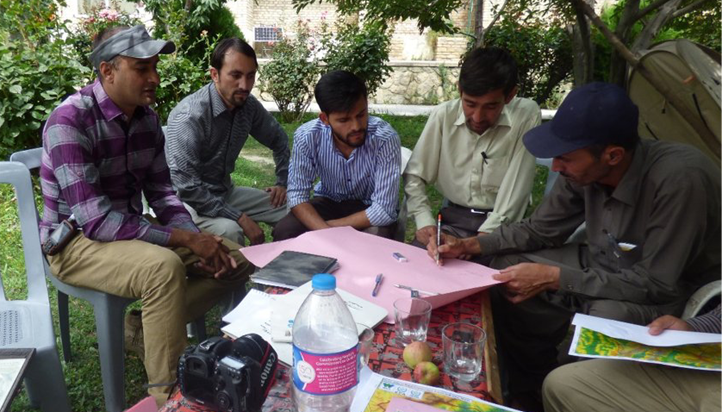 This important aspect of supporting locally-based conservation knowledge & education work in planning and managing a natural landscape is variously called "Stakeholders" or "Public Participation Planning" and takes in many different kinds of local stewardship.   It is an ongoing process of specifically including local residents of an area, as early as possible, and with as much ownership & authority as possible, in the discussion and creation of conservation plans or policies upon a local landscape.  Stakeholder relationships are similar in some ways to Traditional Ecological Knowledge, in that it is always important to acknowledge and involve many kinds of local residents, from the original ancestral stewards to the current occupants. .It is also an important professional practice that begins to address this aspect of institutionalized inequity.

Storymap: "Citizens Participation The aim of Geodesign is to adapt communities to their sustainable ...  by GDS Latam

GIS tools are becoming ever more critical in the spread and success of Public Participation Planning.  GIS as a technology addresses several key obstacles and concerns about this kind of planning approach: the informal nature of much traditional knowledge, the need for local collaboration, and the need to build local planning & GIS capacity.  Traditional knowledge is often from oral narratives and therefore difficult to acquire, process, evaluate and apply to spatial analyses and visualizations.  The strong data model foundations of ArcGIS and its multi-media capabilities, with tools like full motion video,  allow recordings to be captured, spatially defined, classified and formalized in ways that permit wider use in planning and analysis.   The collaborative nature of cloud GIS and citizen science applications like Survey123 make it easy to put local experts in charge of important organizing and management tasks at the lead of any local planning effort.  Finally, the ease with which cloud and mobile GIS apps can be learned and taught makes it possible to build essential GIS capacity among local communities quickly, allowing them to decide for themselves how to carry out the incorporation of their own local traditions and knowledge into the planning effort.  One of the best examples of rapid deployment of community-led GIS capacity, created & led by GIS novices, is the free Community Response Hubs set up by thousands of local governments to help in response to the 2020 covid-19 pandemic.

Helping build local capacity, and letting the local & indigenous people lead, and speak, and be respected, is always the right first step.  As the official indigenous delegates to the 5th World Parks Congress said "The declaration of protected areas on indigenous territories without our consent and engagement has resulted in our dispossession and resettlement, the violation of our rights, the displacement of our peoples, the loss of our sacred sites and the slow but continuous loss of our cultures, as well as impoverishment. It is thus difficult to talk about benefits for Indigenous Peoples when protected areas are being declared on our territories unilaterally. First we were dispossessed in the name of kings and emperors, later in the name of State development and now in the name of conservation."

Even within the imperial history of conservation areas there are interesting stories.  Protecting nature was not originally a western idea. Bogd Khan Mountain in Mongolia has the first written record of formal protection, when it was set aside in the 1200's by the ruler Tooril (Toghrul) Khan.  It was later officially gazetted by the local civil government of the Qing Dynasty "for it's beauty" in 1783.    Rajastan, India  is better known as one of the last refuges for wild tigers, and when the forests around Fort Ranthambore were first closed off in the 1600's by the Maharajas of Jaipur, they nevertheless allowed local residents access for hunting and harvesting in exchange for an annual fee.  Perhaps Ranthambore deserves credit for the origin of the idea of park admission fees.

Worth noting, this period is sometimes acknowledged as the birth of the "Conservation Officer" profession, called Game Wardens or Gamekeepers at the time.  These were Individuals whose profession was the monitoring & protection of game species within the reserve from illegal poaching.   Perhaps the most famous exemplar of this profession was the Sheriff of Nottingham, arch-foe of Robin Hood, another fact which has not helped Conservation move beyond an image of elitism and exclusivity.

In the 1800's, formal national parks as we know them today began forming all over the world.  Below is a selected list of important & historical firsts, illustrating the diversity of nations, cultures and ethnicities involved. 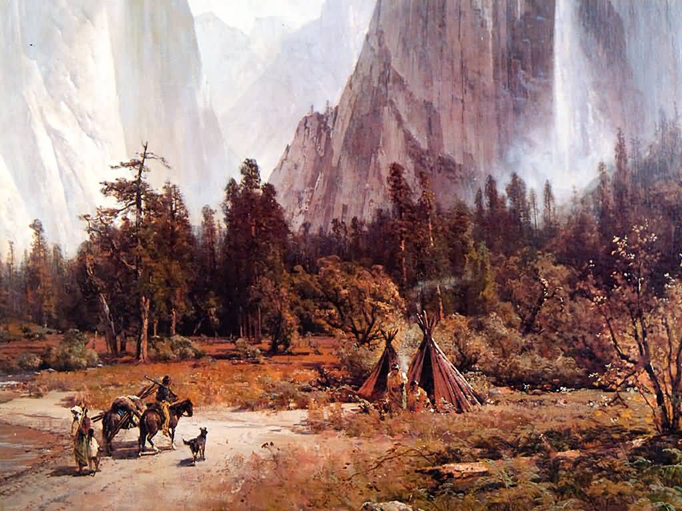 1872  Yellowstone National Park USA  first American national park.  (These were lands previously occupied by Shoshone, Bannock, Crow & Nez Perce tribes, for whom an 1868 treaty had guaranteed the rights of continued access and use for hunting, subsistence, medicinal plants and religious ceremonies.  The University of British Colombia has a detailed open case study on the current issues of indigenous rights in Yellowstone National Park and actions needed )

Storymap "Violence is Daily Life: Yosemite, The National Park Service, and the Ahwaneechee" by Gabriel Michael

1876  Puerto Rico’s Caribbean National Park  One of the oldest, if not the oldest in all of Latin America.

1890's  First Russian Zapovednik reserves  set up by V. V. Dokuchaev  in Russia, Aldo Leopold was inspired by Dokuchaev to begin establishing an American wildlife reserve system in the 1940's.

1895  Hluhluwe–Umfolozi Game Reserve, is the oldest proclaimed nature reserve in Africa.  The area was initially set aside by the Zulu kings Dingiswayo and Shaka in the early 1800's, then formally gazetted as a national park in 1895. This was the decade when the British Empire took over the area, and it's assumed that the prior indigenous inhabitants were excluded from the new park

1909 Sarek National Park and Stora Sjöfallet National Park: First national parks in the world to specifically protect & honor access rights & subsistence practices for its Indigenous population, Saami people, who had lived in the area for 4000-5000 years and had first obtained legal protection in 1886. 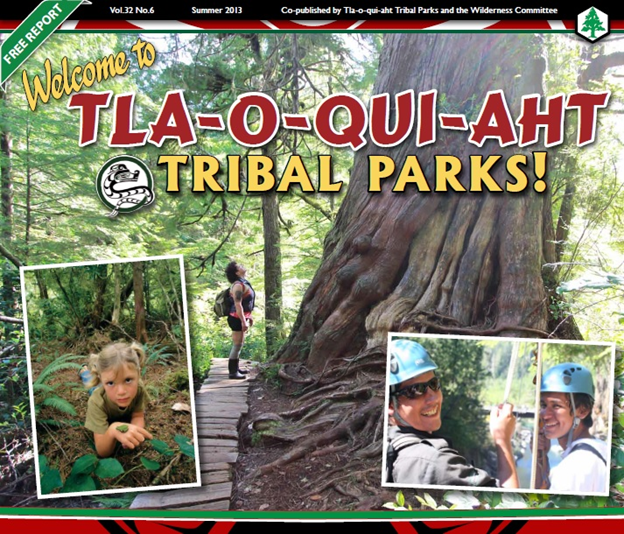 1984 Tla-o-qui-aht Tribal Park, one of the first tribal parks established in Canada

The People of the Glacier Lands Taken to Create US National Parks  by Peter Deneen, 2019

The Blackfeet Nation is opening its own national park, 2019  by Samantha Weber

Wyss Campaign for Nature a $1 billion investment to "help communities, indigenous peoples, and nations conserve 30% of the planet in its natural state by 2030" .  They are also lead partners with the National Geographic Society in the "Campain for Nature"  a program to "approach biodiversity conservation in a way that fully integrates and respects indigenous leadership and indigenous rights.

The “Map of Indigenous Peoples, Protected Areas and Natural Ecosystems in Central America”  2016, by IUCN .  In partnership with the National Geographic Society, IUCN  collected the knowledge of 3,500 indigenous people in 130 mapping workshops throughout the central America region and documented their central role in conservation.  When presented at a 2016 UN meeting, one of the traditional leaders in attendance commented ‘Thank you for making us visible"    After the success of this map, IUCN established an ArcGIS online digital cartography center to permit wider access to digital mapping resources for indigenous people.