after upgrading an ArcGIS Enterprise Environment from 10.7.1 to 10.8 we are having some trouble with the Smart Editor Widget. The Widget is configured to do some attribute actions if the feature is intersecting the given layer. In 10.7.1 it was possible to select a MapService a reference layer in the drop down menu: 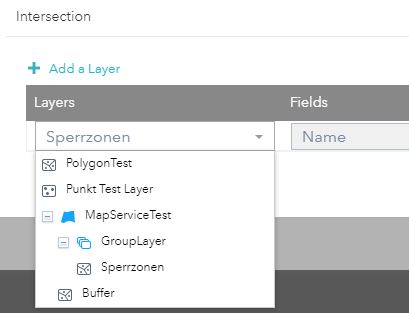 After upgrading to 10.8 this is not possible anymore. Using the same WebMap only Feature Services are shown: 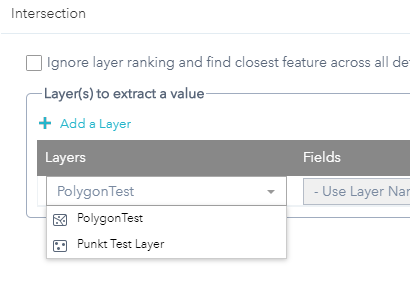 This looks like a bug in the Smart Editor Widget. Hopefully MapService are still supported here, did not find anything helpful for this problem in the documentation: Smart Editor widget—Web AppBuilder for ArcGIS | Documentation

We also don't want to deploy a old version of the Smart Editor Widget as custom Widget, because it looks like there has also been some good changes in the new version. For the Screenshots above we tried to use a old version a custom widget just to reproduce it with 10.8 and the same WebMap.

I hope for some Feedback

Hopefully it will be fixed soon:

BUG-000129338: Map services are not available in the Layer options when trying to configure Attribute Action in the Smart Editor widget

Hopefully it will be fixed soon:

BUG-000129338: Map services are not available in the Layer options when trying to configure Attribute Action in the Smart Editor widget