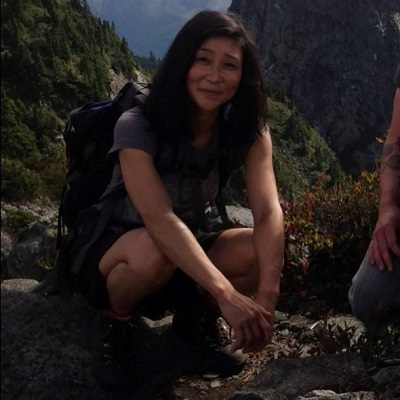 v3.3 BETA version just released has support for Polylines and Polygons so there is no need to integrate the two to capture these geometry types!

Integrate with other apps

Survey 123 and Collector for Arc GIS

Open Survey123 from a field in Collector

Integrate with other apps

I, like many others documented in the list above, would like to leverage the smart form functionality of Survey123 with the map-centric user interface of Collector. The xlsform question types geotrace (lines) and geoshape (polygons) have not yet been implemented in Survey123 (although presumably planned and a very popular idea) and continues to be limited to geopoint (point features), so until then...

From what I gather, one recommended approach to enable the desired functionality is to work with existing feature services.

QUESTION: But before I go too far down a rabbit hole can folks comment or provide guidance on my planned approach and answer some questions?

My survey is for an Infrastructure Inventory of Protected Areas to capture point features such as signage and more complex infrastructure features such as pathways, bridges (lines) and parking lots (polygons). I currently have a Survey123 template and feature layer for points and would like to extend the complex form-centric functionality (nested repeats) to the collection of lines and polygons.

Not yet implemented (but desired):

Any comments and guidance will be hugely appreciated! Thank you in advance.

***UPDATE*** I've implemented the collection of multiple vertices for lines and polygons, and will be submitting an ESRI support request regarding the Collector integration with Survey123. If you're interested in the follow up and would like me to report back what I've learned, please let me know.

Hello Yuriko, I would like to know your method for integration of offline survey123 and collector, lines and polylines.

Hi, Yuriko.  We are currently implementing a similar workflow using Survey123 and Collector.  Would love to know how successful you have been so far and if you learned any helpful hints with ESRI.  Thanks in advance, Dixie.

My initial planned workflow was to collect all of the attribute information in a Survey123 form and then launch Collector to collect line and polygon geometry as this followed a logical workflow (first capturing general survey area and observer details, then attribute details, and finally the geometry bouncing from Survey123, to Collector, and then back again), however, because each Survey123 form has only one submission URL it isn't possible to automatically link the one survey form to multiple feature layers (lines and polygons). Rather, ESRI support recommended the workflow start in a Collector map with the line and polygon features and then use the custom URL to launch the Survey123 form and pass a primary key to then collect the attribute features.

Thanks so much for sharing, Yuriko.

We have just begun our testing and are starting from a Survey123 form and then launching Collector to collect polygons which are related to the form features created via a relationship class.  Attributes for the polygons are collected via Collector as they are fairly simple.  Most of the data we need to collect can be associated with a point.  If we do have any issues with our current workflow direction, we may need to change our workflow order.   Thanks, again.

FYI, this blog by GeoMarvel shows you how to integrate Collector with Survey123,

Very inetersting post ! This is exactly the workflow I'm trying to implement:  Use the Collector live stream functionality to Capture a polyline and populate a georeference question in a survey123form..

Could you please share more details on how you have done this?
Thank you so much in advance