I'm using a null value to have two geopoints on the web version of the survey. When you choose your address in the first geopoint, is there a way to have both maps simultaneously zoom? It would be helpful. Because in my case the end-user will be locating where a public nuisance has taken place, and this is generally near where he/she lives. If the second map zooms to the location used as their address it will save effort. You have to assume the end-user can't navigate maps well. 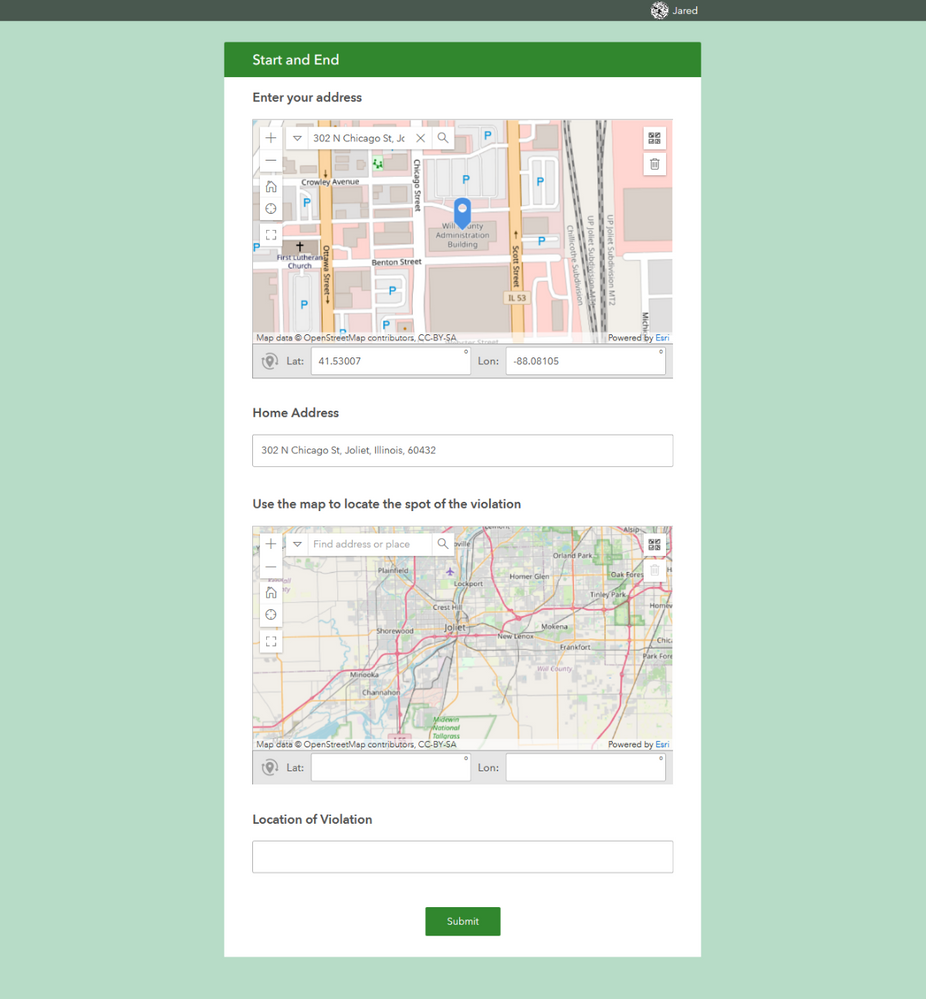 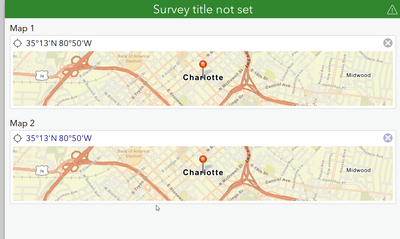 Wait, now I'm getting inconsistencies? It wasn't zooming on the second map... then it did all of a sudden. Now it's not zooming again. Also my geopoint is not pulling the data to the second text field all of a sudden, but if you submit the survey it did in fact record the location? 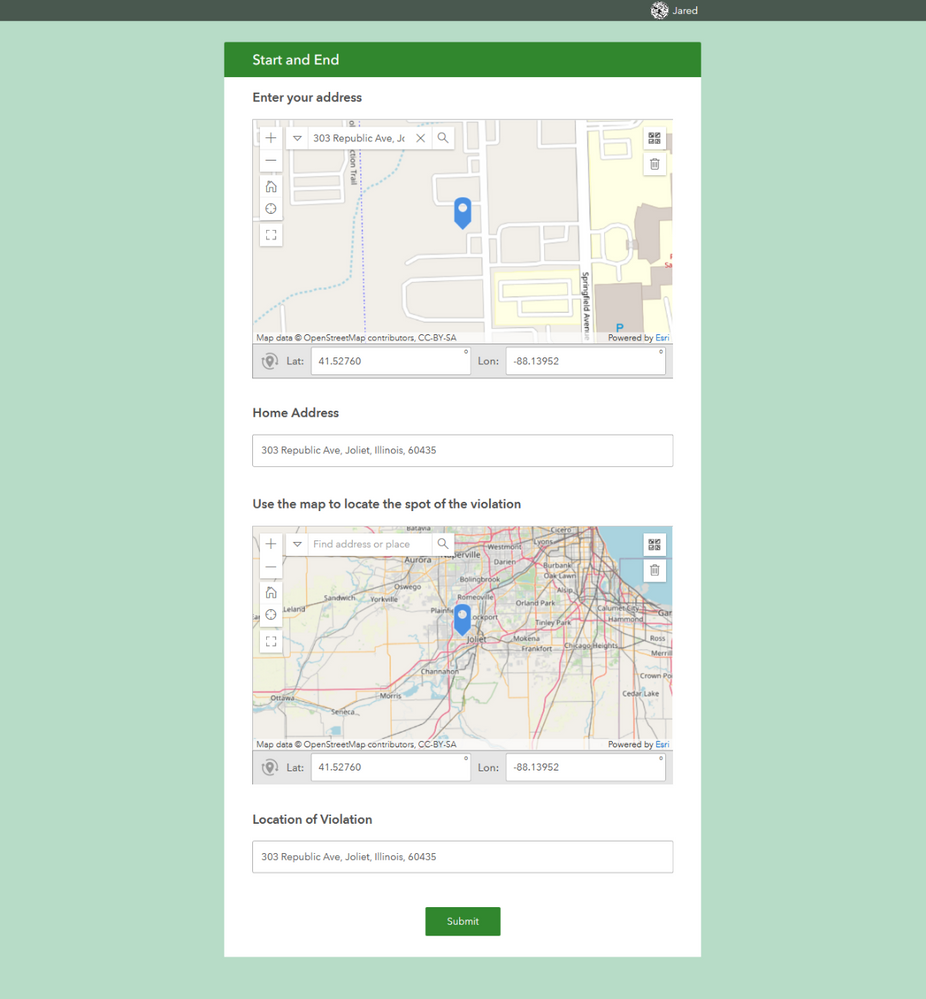 When I remove the name of the geopoint from the calculation field, I no longer get the simultaneous point in the second map. But, I do have the reverse geocode working properly. 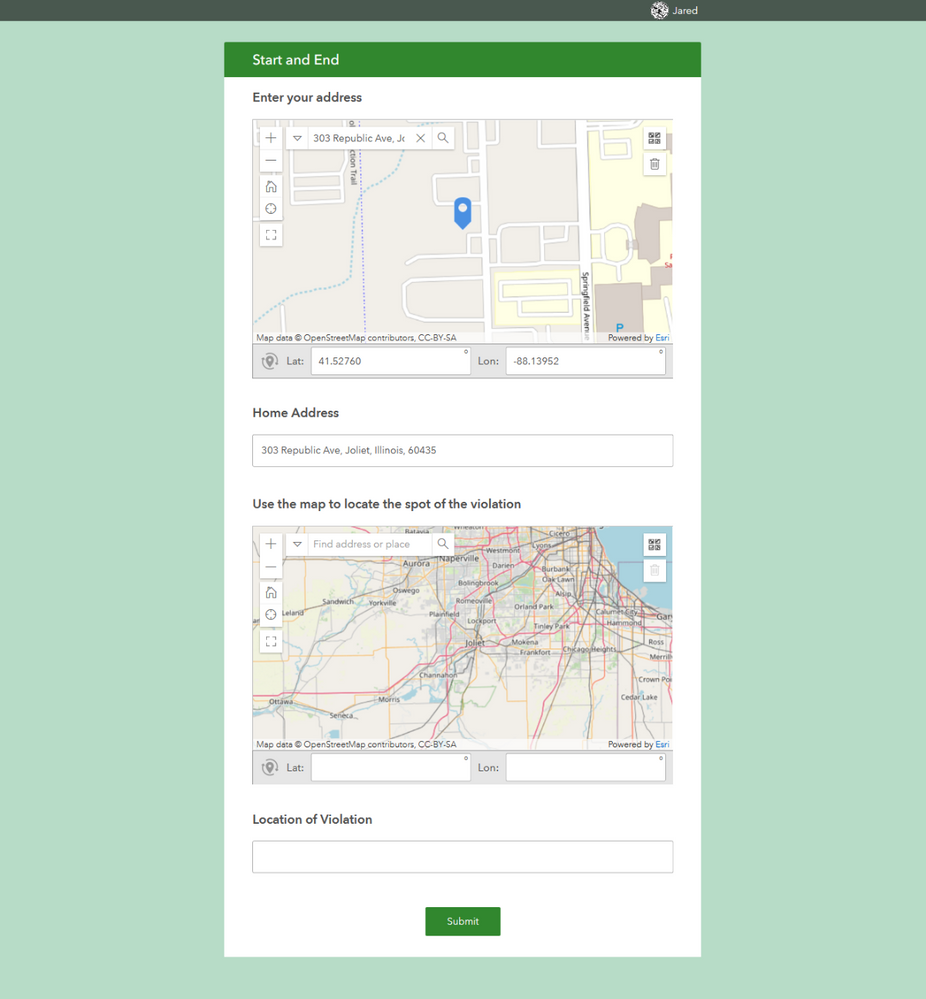