Disconnect between Survey123 (v.3.1) and Integromat? 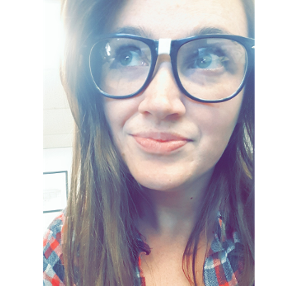 I published a survey using Survey123 Connect (v 3.1.126) for our Borough Parks department to submit a survey describing maintenance that they've done. I went to use webhooks with Integromat to generate an email to the department head whenever a survey is submitted and received this error: 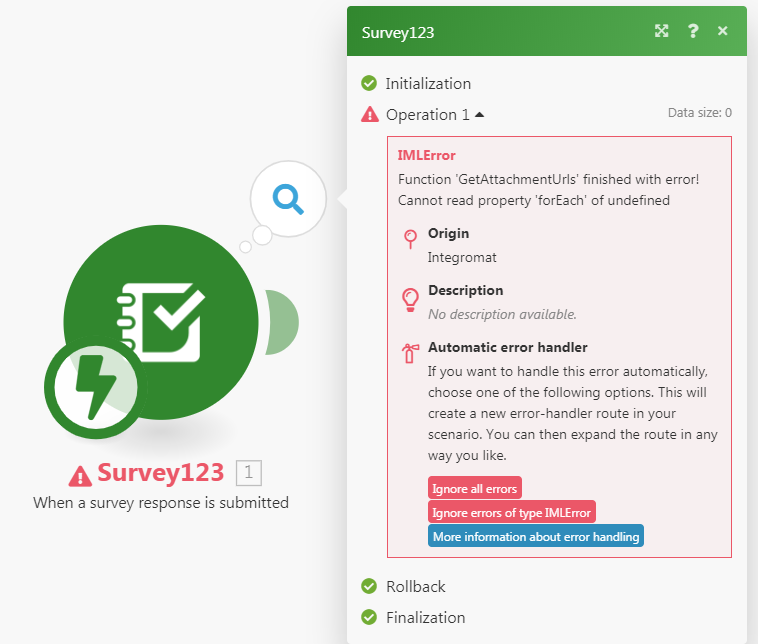 I thought the issue might be in that I was using Calculations on Geopoints in my survey, so I tried publishing a basic survey with one text field and one select_one field and had the same issue. Then I thought that it might've been the version of Survey123 I was using, but the issue persisted using v 3.2.126.

Basically, I'm wondering if there's a disconnect between Integromat and the newer versions of Survey123, or if there's extra something I need to do to get it to work again.

We are currently working on an update to the connector in Integromat which could be why it is currently not working as it was before. I see you are trying to get attachments also which is part of the new beta functionality in the connector.

Keep an eye out for any updates to the connector and hopefully this will resolve the issues you are having.

The Integromat connector has been updated to remove the attachments error. Can you please try again and let me know if you still have any issues.

You may need to create a new we hook from scratch and not use the existing one, just to ensure you are using latest connector.

I am getting the same error above when connecting to ArcGIS Enterprise, if I use a Webhook it seems to be OK, should the Connector in Integromat auto update to the latest version? Also is there any information around the Create Feature Report Action? I can see the Survey in the dropdown from my Enterprise list however when it tries to populate the feature service or the template I get a 498 Invalid Token error. 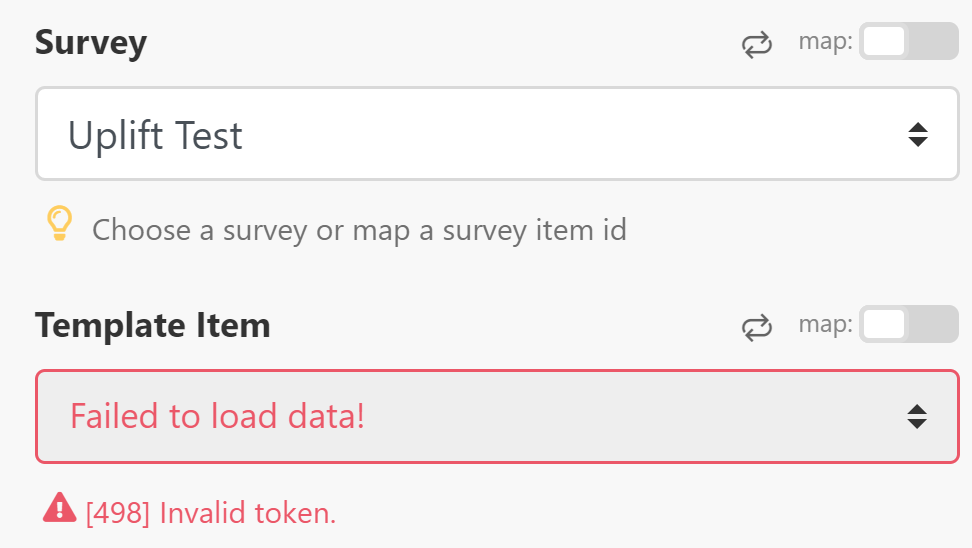 I have managed to get this to work manually and the job runs successfully however, i am struggling to download the resultant Word document. Is there another Action that i need to include in my scenario to download the document so i can email?

I have both the same issues,

Regarding the GetAttechmentUrl issue, it is solved by uncheking the feature attributes sent in the webhook parameter of your survey in Survey123 website.

The other issue is unsolved with up-to-date (beta 3.4) Survey123 Connect and Field app.

In regards to the 498 invalid token error, this is likely due to the connection to your ArcGIS Enterprise expiring or timing out. This can be refreshed or a new connection can be made and used in the Integromat Scenario. Please create a new connection and attempt again and let me know if there are still connection issues.

As for the second question, to capture survey information > create a feature report > and download the file you will need a scenario that resembles the below image.

I am having the same issue. Why does the connection time out? Refreshing the connection on manually on demand when the connection expires means that you'll miss submittals... Is there a fix for this either in Integromat or Survey?

same here, 498 invalid token nag. This seems to get thrown after a "repeat count exceeded" error in integromat.