Geodatabase not displaying all features

This is a follow up to the question I asked on the beta forum.

In ArcMap it displays fine, and I get no errors, when I run ’Analyse Map’. (see attached image).

If I package it as runtime content, and display it, it doesn’t display the southern portion of the map (see attached image).  I tried changing the visible extent in ArcMap, so the northern portion was cut off, and the more I cut off the more of the southern part was displayed.

I also packaged the map as a map package, and it displays fine.

Initially, I wasn’t displaying the feature layer, I was just using it to query the Municipal Names, and I noticed that some names were missing.

We have addressed a couple of issues both in the creation of runtime content from ArcMap (in 10.2.2) and more recently in the runtime geodatabase which might have addressed the issue you are experiencing. Are you able to attach the original Shapefile and MXD you are using (allowing me to test the same runtime content creation workflow) and the .geodatabase file you created?

The problem still exists with 10.2.4.  Can you give me an idea when an update to ArcMap will be available, since you also seem to have updated ArcMap as well?

I'm still trying to get permission to share the shapefile!

This is an issue in how the runtime geodatabase is generated in ArcMap 10.2.2.  It is fixed in ArcMap 10.3 due to be released later this year.   For reference, the Nimbus issue is NIM104323.

This is an issue in how the runtime geodatabase is generated in ArcMap 10.2.2.  It is fixed in ArcMap 10.3 due to be released later this year.   For reference, the Nimbus issue is NIM104323.

I've just got round to revisiting the map that was causing this issue (NIM104323), and even in 10.3, the issue still remains.

In my test scenario,  I have TomTom street network data + a TomTom river layer.  The first image shows it in ArcMap. The second image shows it in a SDK for .NET application(10.2.5), after it was shared as Runtime Content.  Approximately 1/3rd of the street layer is missing, but the river layer is displayed.  This problem also appears when you share a NetworkDataset as Runtime Content.  I generated a Network Dataset using the street layer shown.  In ArcMap it correctly finds routes, but in my application, it will only calculate routes in the top area of the map.

Let me know if you need any more information. 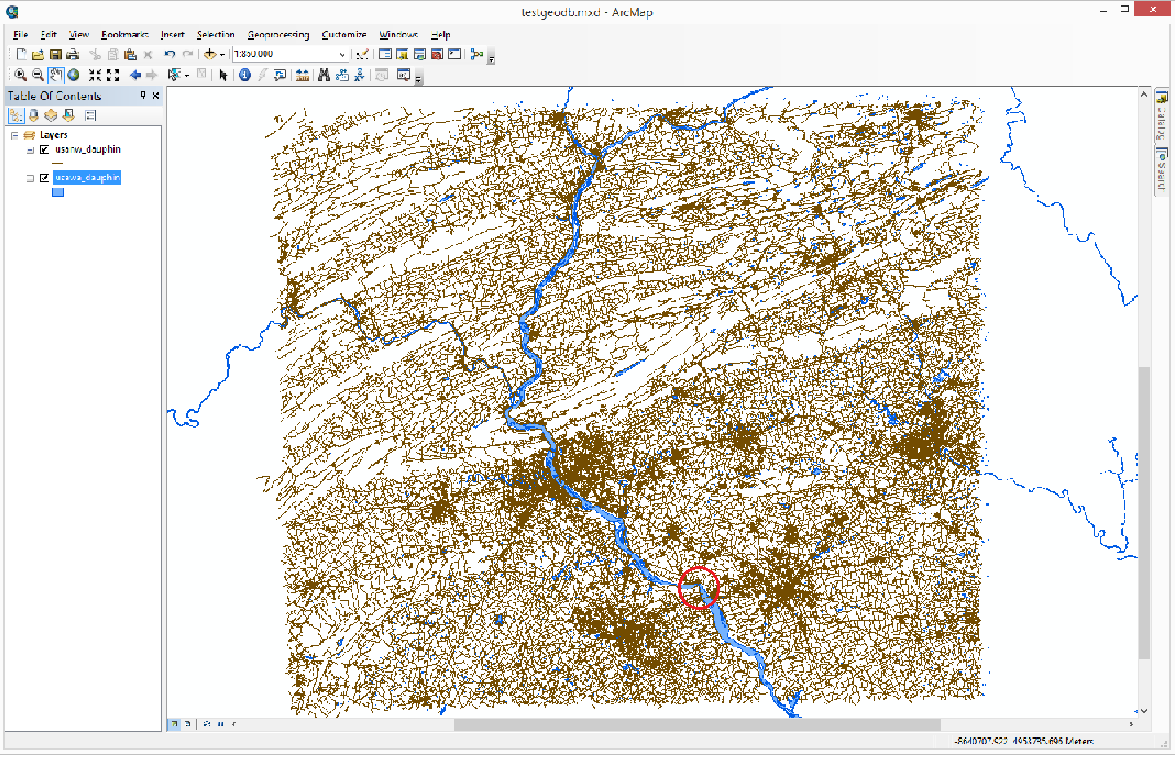 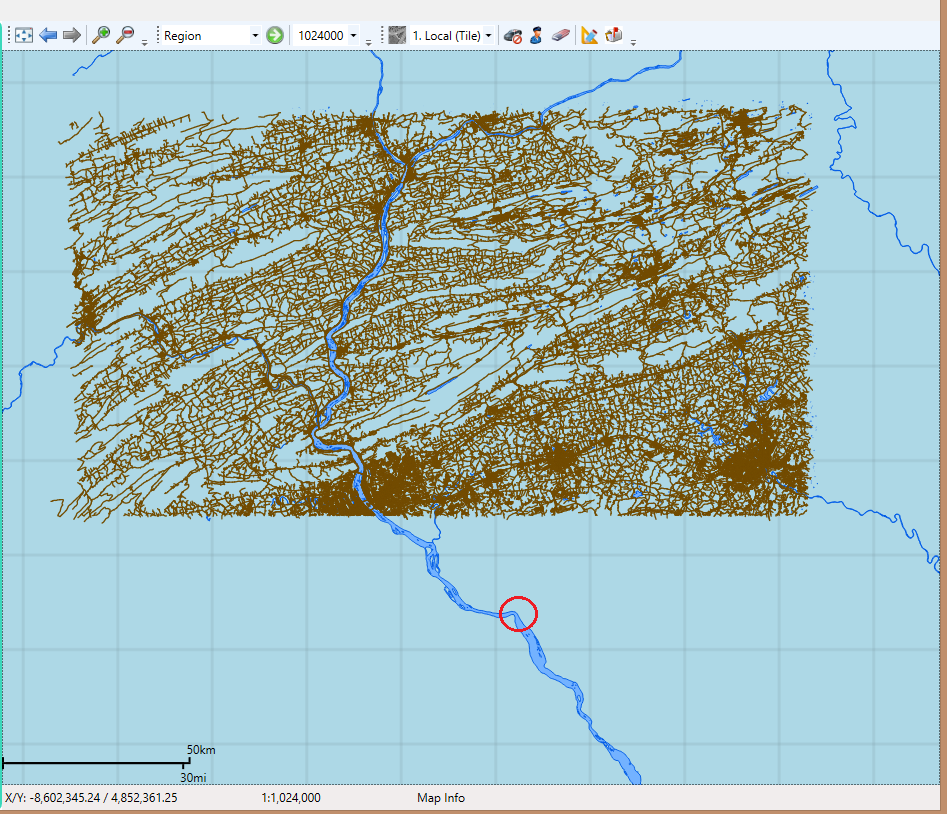