Number formatting does not carryover from Pro to AGOL

Not sure if this is a bug or functionality but when I set up my number formatting in fields view in Pro and then publish to AGOL that formatting does not carryover. I end up having to go back through configure attributes and manually change the formatting for everything. Not only is the table wrong but pop-ups are also reset. Like I said, maybe it's a bug.

Another thing that does not carryover are suffixes. Why have it in Pro but not have the ability to publish to AGOL and have those carryover? Seems pointless especially if I have to make arcade expressions to mimic what I have in Pro. 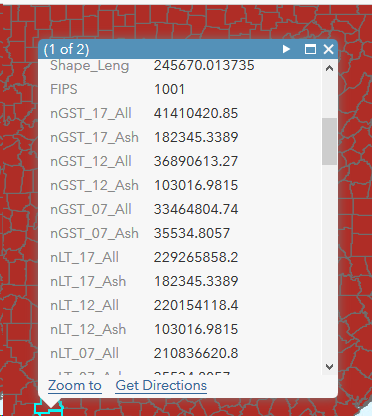 first to see if it has been posted as an issue, or for you to put forward the idea with your use case.

The amendments/additions to tabular data in Pro are 'fluff' and are just additions to make the underlying data look better.  I am not surprised that you see differences in appearance, however, if the values differ (beyond decimal separators and decimal places), I would be concerned

I understand is just an aesthetic thing but when I'm preparing to present these maps to the public there is a demand for things to appear a certain way. I guess my problem is however I set it in Pro should carryover to AGOL. I should not have to do this twice. In the example I provided there are 55 total attribute fields that need to be changed. I prefer to do most of my work in Pro before publishing and not have to split my tasks up.

first to see if it has been posted as an issue, or for you to put forward the idea with your use case.