When creating a new record, OBJECTID shouldn't be editable (not even temporarily)

When creating a new record in a standalone table:

In that new record, I can edit the OBJECTID field. Or at least it appears that way. 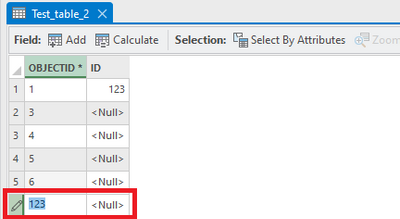 When I click away from the new record, the value I entered in OBJECTID gets discarded and the system OBJECTID is used instead. Which isn't surprising.

But I don't think users should be able to enter/edit the OBJECTID in the first place, if that field is actually read-only. That's confusing for users.

Could that behavior be changed?