One use case: We have a bunch of data that has been entered into GIS as-built (in some cases it is survey quality) for an electrical network. So, this is a great resource for engineering folks but not so great for general display because features are placed very close to each other or right on top of each other. So, one option is to implement representations. We get the best of both worlds! We get to keep our survey quality stuff and we have nice looking maps for everyone else. But now we want to export our display gis geometry a different application (not an esri app) for outage management (OMS). The OMS folks need to able to see what is happing in each individual power line, so it is not very helpful to have 6 power lines right on top of each other. How do I provide them with the representation geometry with out of the box esri tools? Looks like I don't at this time...

Yes, please! We have a bus map where several routes travel along the same street. To produce a cartographic map, we implemented representations and moved the bus routes laterally along the center line that they actually travel down. 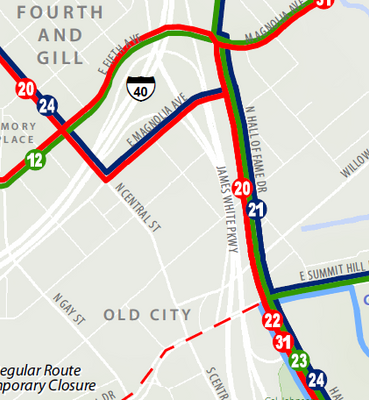 But invariably, the bus routes change and we must edit them. In the past, we'd just edit the representation in ArcMap, but now we have to do this in Pro. Although not ideal, we're OK with having one feature class that stores the actual route (the street centerline) and one that shows the offset routes where needed for cartographic production. Being able to export the ArcMap representation to a new Pro feature class would save us a ton of time during this transition to Pro.

Or does anyone have a good workaround?