LandRecordsMapping.ENTERPRISE.PARCEL_LOT_POLYGONS does not exist or is not supported 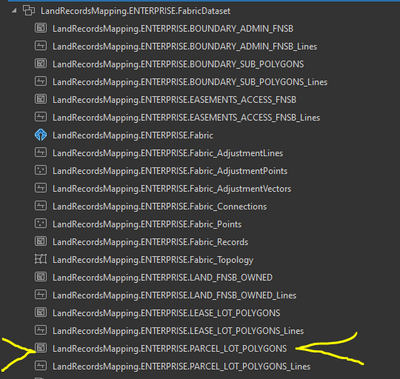 This script error makes me think that the feature class from the Fabric dataset is not supported for this script. I did some research and found something that said feature classes in a feature dataset, with attribute rules, are not readable with arcpy. I’m not sure if this is true, but the “not supported” part of the script error leads me to believe that ArcPy is not detecting my feature class because it isn’t readable from ArcPy.

My python script is attached and looks like this:

Note: I have successfully run the Feature Class to Feature Class tool in a model in ModelBuilder, in ArcPro, to export a feature class in the Fabric dataset to another geodatabase. This works as I expect it to, but I was hoping I could do this task in a simple python script instead.

Thank you for any advice.

I have not worked with sde at all, however, in a regular FGDB I use arcpy with feature classes that have attribute rules all the time.

I would try adding an 'r' to the beginning of your file paths, like you did for the workspace, to be sure that the file path is read correctly.

Thank you for the suggestions Paul. I added the 'r' to the beginning of my file paths, but the python script still comes up with the same error. I appreciate your response.

It looks to me like you're setting the environment workspace to a file geodatabase while working between two enterprise geodatabases.  That shouldn't be a problem but, try commenting out that line or set the env.workspace to your inFeatures SDE connection file.

Thank you for the advice Ken.

I did run the Feature Class to Feature Class Tool in ArcPro using the feature class (PARCEL_LOT_POLYGONS) inside of the Fabric dataset and it ran without fail or error. I think its great that it works in ArcGIS Pro, but why doesn't it work in my python script?

Update:  False alarm.  My error came from a different issue.  However, staying with the path theme, can you confirm that the same path used the GP tool or model builder is the same path in the script?

I was able to reproduce the error by putting my .sde connection file in a path with a very long character length.

I know there are technically limitations on path character lengths in Windows, Python and ArcPy but I'm not sure which one(s) is occurring here since it works from the GP tool and Model Builder.  My path above is 252 characters long so I don't think my issue is Windows.

Please try to shorten the inFeatures path length and see if that helps.  I'll see if I can find more info. 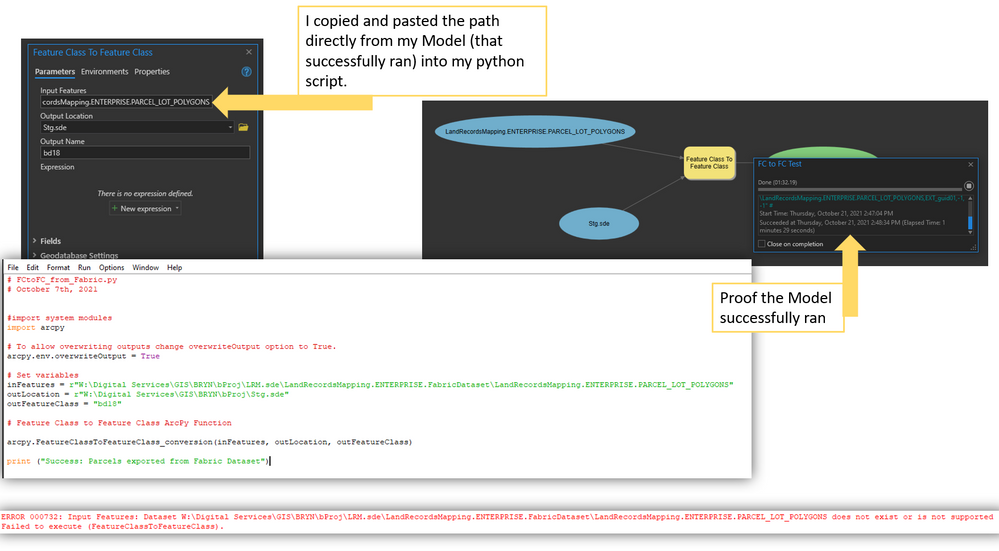 Interesting.  If you can, please log a case with Support.  This shouldn't be happening.

Thank you for the advice Ken. I will do that.

What happens if you export the model to the python window (or file) and run the model as a python script? 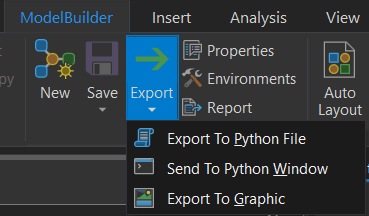