I have a feature service that is hosted in AGOL, and most of my users are accessing this FS via the Collector App on iOS devices.  I recently discovered that I could un-check the box for "Create" and "Delete" capabilities during the publish process.  This effectively allows my users to update feature attributes AND feature locations, without giving them the ability to create or delete features.

The problem:  I also recently started to use the "Create View" tool in AGOL.  When you do this, the "View" that is created does not respect the same edit settings that the main FS has set.  So when I add this "view" layer to a map, all of a sudden my users have the ability to create and delete features within this layer.  AGOL settings allow you to "Allow users to update feature attributes only," but this also disables the ability to update the location of a feature, which means my users cannot ground truth my point features.

I want to be able to check a box in my hosted feature layer settings that says "Allow updates of feature attributes and location/geometry only."  Is there a way to do this? 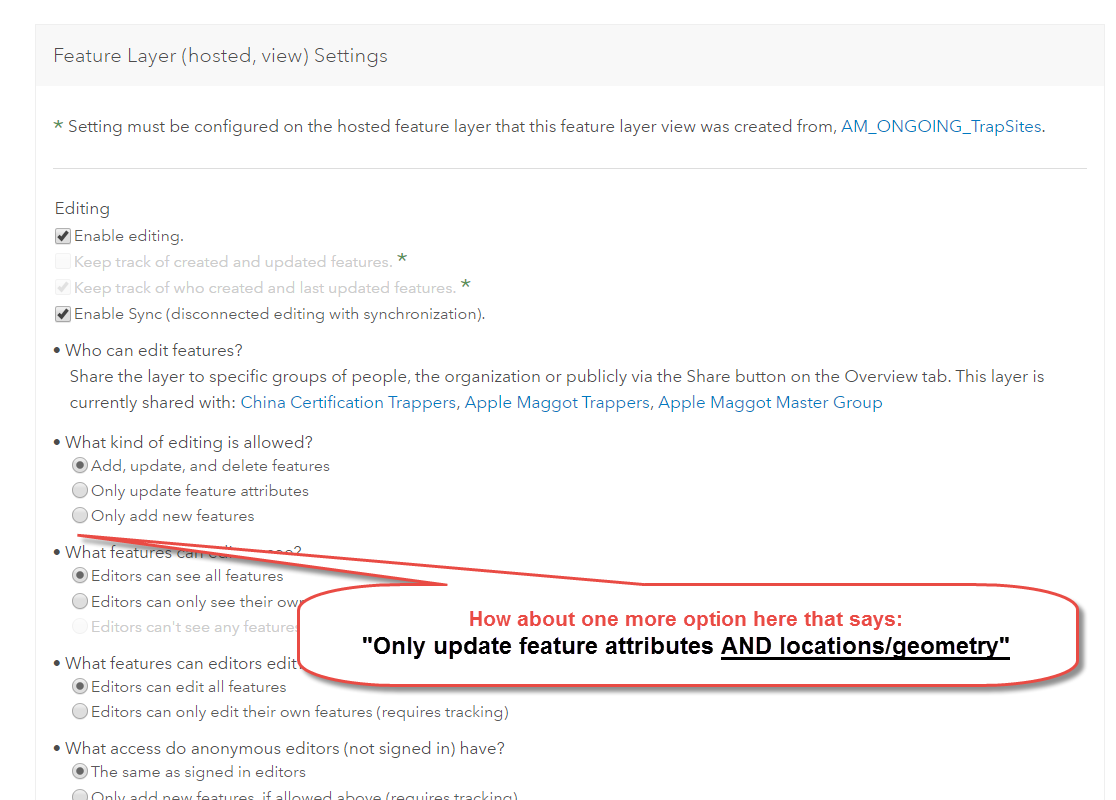 Thanks for submitting this request. Currently this capability is not available. I'd suggest adding an idea to https://community.esri.com/community/arcgis-ideas?sr=search&searchId=8d609e58-5600-41dc-a5f4-cb3152e...‌ to allow others to support the idea.